"It's Basically Over For Anglos" In Texas. Or Have They Not Yet Begun To Fight?

I've rarely seen so much email traffic as on this Houston Chronicle blog item Texas demographer: 'It's basically over for Anglos' [Posted by Gary Scharrer at February 24, 2011 04:16 PM].

"Two of every three Texas children are now non-Anglo and the trend line will become even more pronounced in the future, said [Steve] Murdock, former U.S. Census Bureau director and now director of the Hobby Center for the Study of Texas at Rice University.

Today's Texas population can be divided into two groups, he said. One is an old and aging Anglo and the other is young and minority. Between 2000 and 2040, the state's public school enrollment will see a 15 percent decline in Anglo children while Hispanic children will make up a 213 percent increase, he said."

This is one of these stories whose sudden explosiveness puzzles people who work in the field. (See ex-Texan Brenda Walker's comments here). The demographic shift has long been obvious to anyone who cared to look—but, of course, no-one does care to look, certainly not the conservative Establishment. I expect there will be a similar explosion when it's reported, probably later this year, that a majority of births in the U.S. are non-white.

It's not clear from the Houston Chronicle report, but of course what is driving this demographic shift is immigration, both legal and illegal. Murdock says that "about 6 percent of the state's population is not documented" a.k.a. illegal, which means that at least 6 percent of births in Texas, probably significantly more, would not contribute to American displacement if the GOP simply closed the birthright citizenship loophole. Plus, of course, the border could be sealed, the illegal population eliminated through enforcement, and a moratorium imposed on legal immigration. It's not rocket science.

Additionally, there are technical reasons to suppose Texas Anglo dominance may last a lot longer than people think. And the national impact of Texas Mexifying could be cushioned by artful partition–what we at VDARE.com call "Sailermandering". States are going to want to break up under the impact of immigration—southern Arizona's Democrats are the latest example. [Could Baja Arizona be 51st state in US?, by Rhonda Bodfield and Andrea Kelly, Arizona Daily Star, February 24, 2011].

Nevertheless, the wages of Bushism are very bad for Texas. Significantly, although Murdock was speaking to something called the [Texas] House Mexican American Legislative Caucus, which is no doubt happily planning redecoration for a wide range of government offices, he was frankly pessimistic about the effects of this transformation:

"The state's future looks bleak assuming the current trend line does not change because education and income levels for Hispanics lag considerably behind Anglos, he said.

"Unless the trend line changes, 30 percent of the state's labor force will not have even a high school diploma by 2040, he said. And the average household income will be about $6,500 lower than it was in 2000. That figure is not inflation adjusted so it will be worse than what it sounds.

"It's a terrible situation that you are in. I am worried," Murdock said."

No nonsense here about the ameliorative power of American education! Murdock's assumption that trends continue, and that unskilled immigrants will tend to have unskilled children, is an implicit endorsement of Professor Richard Lynn's national IQ thesis. I eschewed IQ arguments in Alien Nation–I figured I'd made enough enemies–but I did say (p.56) that if similar suggestions in The Bell Curve were right, America's post-1965 immigration disaster would be even more disastrous than I had demonstrated. Murdock obviously agrees.

Curiously, another powerful news item on Texas seemed to excite much less e-interest. I can't do better than quote this excellent summary by William L. Houston on the Youth For Western Civilization website:

"Don't miss this wonderful new article in the Texas Tribune about the state of immigration reform in Texas.

I've long argued that Texas is a ripe target for restrictionists and rightwing activists who are interested in community organizing. I have been following the polling data out of the Lone Star State for more than a year now.

Among the results of the UT/TT poll: 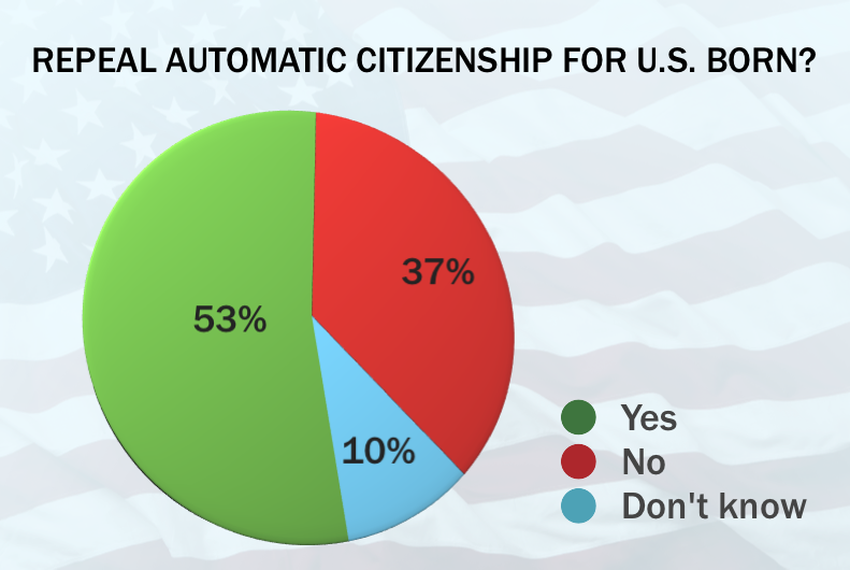 - 52 percent of Texans would prohibit businesses from soliciting day laborers at work sites.

- 59 percent of Texans want to get rid of the Texas DREAM Act. 27 percent want illegal aliens to receive in-state tuition in Texas.

I really wish the "all is lost" crowd (who are so common on the internet) would reflect upon the implication of these numbers. A clear majority of Texans can see through the media bias and dislike illegal immigration and are outright hostile to the Cheap Labor Lobby and its ACLU and La Raza allies.

This poll was also conducted by the Texas Tribune which means it is likely skewed a few points left of center."

Anglos, to coin a phrase, have not yet begun to fight. They could. But will they in time?

I increasingly feel it hardly matters. This is all going to end in tears anyway.

To adapt another phrase, the historic American nation (= Anglos) will fight on the beaches, or it will fight in the hills. Even outnumbered, Anglos in Texas and America would be a formidable force—one which probably could not be contained within the current political framework.