“Events, dear boy, events,” British Prime Minister Harold Macmillan supposedly said when discussing what political leaders most feared. No politician, however skilled, can predict the future. But they can manage expectations and perceptions. And that’s precisely what Donald Trump did with his masterful speech at the Republican National Convention, creating a confirmation bias through which all future terrorist attacks will be interpreted. Since he spoke, Europe has been providing those events.

There is also breaking news of a shooting in the city of Malmo, Sweden, an area heavily colonized by Muslims. However, as yet there is no evidence whether this is a terrorist attack. 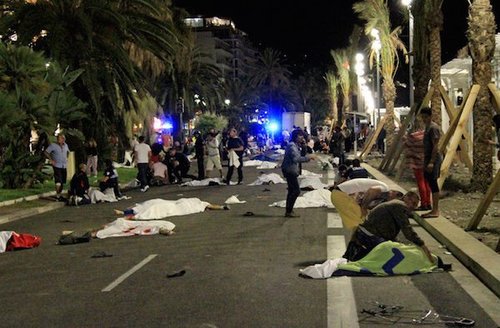 European authorities appear impotent in the face of these attacks. The French government said plaintively that the attacker in Nice radicalized “very rapidly” because of his exposure to online extremist Islamic propaganda.  [Attacker in Nice is said to have radicalized ‘very rapidly,’ by Michael Birnbaum and James McAuley, Washington Post, July 16, 2016]

Today’s murder of Father Jacques Hamel was even more stunning—one of the killers was actually being monitored via an electronic tag because he had twice tried to join Islamic State forces in Syria.  [‘A war of religions:’ Fury in France over how known jihadists on terror watchlist were allowed to murder priest as Sarkozy calls for a ‘merciless response,’ by Imogen Calderwood, Daily Mail, July 26, 2016]

What’s worse, Adel Kermiche, one of the attackers, was considered a “normal teenager” with no particular interest in Islam who would “[drink] alcohol” until recently. [ISIS Says Its ‘Soldiers’ Attacked Church in France, Killing Priest, by Adam Nossiter and Benoit Morenne, New York Times, July 26, 2016]

The appalling conclusion: even with an Orwellian security regime and a heavy military presence on the streets of French cities, the French government can’t (or won’t) do anything against jihadists.

What’s more, given the ability of these kinds of terrorists to “self-radicalize” via the Internet or extremists within the already huge Muslim diaspora communities, even the most intrusive surveillance program will fail to detect budding attackers.

Already, before the latest round of attacks, city councilors, gun shop owners, and figures in the intelligence community were all speaking about France as a nation on the verge of civil conflict. [What next? Could France be facing a civil war? By Jonathan Miller, CNBC, July 18, 2016] The general lack of faith in civil authorities is not being helped by new allegations that French Interior Ministry officials were attempting to doctor reports and cover up their incompetence. [Scandal grows over lack of security on night of Nice terror attack, by James McAuley, Washington Post, July 25, 2016]

There are also rumblings in Germany. The governor of Bavaria said Germany must "do whatever is necessary to protect our citizens” and spoke of his citizens as being fearful and on edge. [Germany must address fears after attacks, says Bavaria governor, BBC, July 26, 2016]

Is this the new normal? Amazingly, French Prime Minister Manuel Valls says it may simply be that the French people “have to live with terrorism” [French Prime Minister Slammed for Saying “France Will Have To Live With Terrorism, by “Tyler Durden,” Zero Hedge, July 15, 2016].

It no longer seems absurd to say we are seeing the opening shots of a European civil war. Things that can’t go on forever, don’t—and it’s impossible to imagine Western Europe will continue to tolerate almost daily terrorist attacks indefinitely.

At the very least, one might think the explosion of terrorism in the heartland of Western Civilization would at least be worthy of comment by our alleged political leaders in the Democratic Party.

However, subject of terrorism and the existence of the Islamic State was not even mentioned on the opening night of the Democratic National Convention. 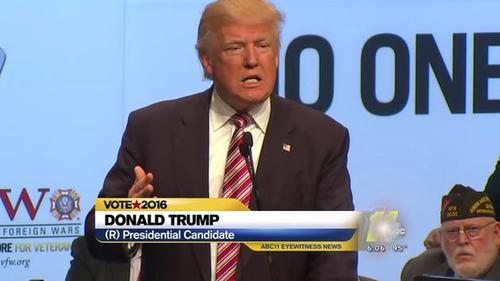 Donald Trump, speaking in Charlotte before a crowd of veterans, capitalized on this failure today:

We need to change our foreign policy to focus on defeating and destroying ISIS, a word you didn’t hear last night at the Democrat convention. You didn’t hear it. They don’t want to talk about it because in a very true way, they really established ISIS because of weakness… It’s also essential that we suspend the refugee flows from Syria and other dangerous countries so we don’t bring into the United States the same terrorism that our American soldiers are fighting overseas.

As Trump points out, we don’t have a terrorism problem so much as an immigration problem. Yet at this moment Hillary Clinton is suggesting importing more Muslim refugees.

As we are learning in Europe, a large Muslim population practically guarantees more terrorist attacks because it provides a group of people susceptible to being radicalized by uncontrollable means, including books, social networking, or websites. In practice, once you have a large Muslim population, the danger of Islamic extremism and jihadism becomes a permanent fixture of your society—unless that population is physically removed.

But Clinton wants to make this danger a part of everyday American life as it is now in Europe.

There’s been a notable reluctance by the Main Stream Media to cover these recent European attacks. Indeed, the slaughter and decapitation of a Catholic priest by Muslim terrorists in France was barely considered newsworthy at all by outlets like the Huffington Post, Slate, or Salon, all of which are giving far more attention to conspiracy theories about Vladimir Putin working to make Donald Trump President of the United States.

But the Lying Press can’t cover up everything—especially as there is every indication more attacks are on the way.

And each new attack supports Trump’s theme that the Obama Administration and Secretary of State Hillary Clinton unleashed global chaos and enabled the rise of the Islamic State. Furthermore, it forces Hillary Clinton to justify why she wants to invite more Muslim refugees into the country when even government surveillance is no guarantee against spontaneous outbreaks of jihad.

Not surprisingly, over half of Americans believe Donald Trump would handle terrorism better than Hillary Clinton. [CNN/ORC National Poll, July 25, 2016]

Trump, and events, have maneuvered Hillary Clinton into campaigning as the candidate of continuity, the champion of the status quo. Each new attack shows millions of Americans that Trump’s view of the world is fundamentally correct—while Hillary's alleged view (does she have opinions?)  is not just mistaken but positively dangerous.

It’s too early to say Trump is going to win simply because events are moving in his direction. But if the past two weeks are any indication, there’ll have been another attack by the time this article goes to pixel.