GOP lawmakers did a better job of grilling the Titans of Big Tech on their anti-conservative censorship, alliance with the radical Left, and far-reaching power to control information at the House hearing last week [Republicans and Democrats Find a Point of Agreement: Big Tech Is Too Powerful, by Christopher Mims, Wall Street Journal, July 29, 2020]. But despite the improvement over the old, tech-worshipping GOP, nothing is actually being done about the problem for two reasons: Democrats are on the other side, and Conservatism, Inc., is fully committed to libertarian “no government intervention” dogma—partly because of Big Tech. donations. Only Donald Trump’s winning on November 3 offers any hope of permanent change.

The Big Four were Apple’s Tim Cook, Amazon’s Jeff Bezos, Google’s Sundar Pichai, and Facebook’s Mark Zuckerberg. “Big Tech is out to get conservatives,” Ohio Rep. Jim Jordan began. “That’s not a hunch, that’s not a suspicion, that’s a fact.” Jordan zinged Google for suppressing conservative sites and videos, bashed Amazon for banning conservative books and spanked all of the tech giants for cuddling up to China.

But Florida Rep. Matt Gaetz was the star of the show. Why, he asked, does Google provide key technology to the Chinese military when it refuses to aid our own [Gaetz hammers Google for support of Chinese military despite 'ethical concerns' over helping US forces, by Caitlin McFall, Fox News, July 29, 2020]. Gaetz grilled Bezos about hiring the leftist Southern Poverty Law Center to decide which nonprofits that receive money via Amazon’s Smile donation program (e.g., VDARE.com is banned). “I’m just wondering why you would place your confidence in a group that seems to be so out of step and seems to take mainstream Christian doctrine and label it as hate?” he asked.

Bezos bobbed and weaved. The system, he said, is “imperfect.” Gaetz demanded that Amazon divorce the $PLC [Jeff Bezos hinted Amazon might split from the SPLC over designation of extremist groups after pressure from a GOP lawmaker, by Avery Hartmans, Business Insider, July 29, 2020].

In fact, Gaetz was good on the Tech Totalitarian issue before this hearing. He recently demanded the prosecution of Zuckerberg for lying to Congress about Facebook’s censorship [Veritas Video Heartens Congressman To Solicit AG Barr For Criminal Referral Related To Zuckerberg, Project Veritas, July 27, 2020].

So Republicans have finally figured out that Big Tech is a major problem. Indeed, Texas Sen. Ted Cruz recently tweeted that the tech giants are “the single greatest threats to our democracy & free and fair elections.”

#BigTech’s power over our free speech is profoundly dangerous. @Google, @Facebook, and @Twitter are the single greatest threats to our democracy & free and fair elections. Solving their totalitarianism will be an enormous challenge going forward. pic.twitter.com/KgA2EN1pP1

Yet legislation to stop the censorship is unlikely. The party is not united, it doesn’t know what to do, Democrats have no intention of permitting Trump’s GOP to shut down their private sector propaganda machine and, perhaps most importantly, Big Tech is pumping money into GOP candidates.

Jim Jordan could not provide specific ideas to Tucker Carlson when the Fox News host asked him what Republicans will do about Big Tech. All Jordan could say is that Fox News viewers need to help the GOP to take back the House.

Carlson noted that Google is a major campaign contributor to Jordan and Sensenbrenner. The Ohio congressman claimed Google’s money doesn’t influence his views.

Tucker: "Lawmakers are tasked with running the country & passing our laws. These companies operate with a special carve-out provided them by Congress & Congress has never done anything to rein them in." pic.twitter.com/LwKcjPzbM9

But while Sensenbrenner and other Republicans scoff at using antitrust laws against Big Tech, other Republicans and most Democrats support it. Trump’s Department of Justice is expected to file an antitrust lawsuit against Google this year: Justice Department expected to file antitrust suit against Google, by Leah Nylen, Politico, June 26, 2020.  “The search giant has monopolized the advertising technology market,” Nylen reported, and “has taken steps to extend its monopoly over search, such as through contracts with Apple and cellphone makers who use the Android operating system that require it be the default search engine.”

Of course, even if the federal government dismantled Google and Facebook, the court-ordered offspring of those companies might still suppress “offensive” speech. That doesn’t mean it isn’t worth trying. But it does mean that breaking up those companies is only a first step to ending Big Tech’s iron grip on news and information.

Beyond that, diminishing Big Tech’s power via antitrust laws would help pro-free speech alternatives like Gab and Parler compete. As Gab’s Andrew Torba has pointed out, the major app stores have banned his phone app. Any antitrust action must include an attack on Big Tech stopping or controlling what is sold.

Some legislators have proposed action. Missouri Sen. Josh Hawley is targeting Big Tech’s special privileges with legislation to force them to protect political speech. Proposed last year, his bill would require social media platforms to submit to a government audit to prove they are neutral. Section 230 of the Communications Decency Act grants these platforms protections from publisher liabilities, most notably defamation claims, partially under that assumption. Should a platform fail the audit, it would lose Section 230 protection, which could put it out of business.

Last week, Arizona Rep. Paul Gosar reintroduced his similar “Stop the Censorship Act” with the support of 11 other Republicans, including Gaetz, Steve King, and Doug Collins. It too would revoke Section 230 protections to punish censorship. “Online platforms should not have special immunity to censor competition and lawful political speech,” Gosar said. “The broad and undue immunity for content and user removal granted by Section 230 must be reined in by Congress. We cannot continue to subsidize, deputize, or blackmail Silicon Valley to decide what is or isn't an allowable conversation.”

These globe-straddling, anti-Americans behemoths trying to defeat Trump must be held to account for what everyone knows will be serious election interference. That should inspire Republicans to back the Hawley-Gosar efforts out of sheer self-preservation.

Even if they can’t pass a bill because Democrats control the House, the GOP must at least wage rhetorical war to get voters on their side.

Of course, the Democrats would never permit Republicans to force neutrality on the social media platforms, which is why, despite the shared dislike of Section 230, the parties are on opposite sides of the issue.

That leaves Trump as the one man who could do something. His executive petition issued last week is the only hope of ameliorating the problem before the election. It asks the Federal Communications Commission to regulate the tech giants and alter their Section 230 privileges to protect free speech. The FCC is independent of the president and he cannot order the commissioners to take action. But Trump appointed most of them, and some will lose their jobs if Trump doesn’t win in November. Thus, the GOP’s reps on the FCC have an interest in acceding to Trump’s plea.

A long-term solution can likely only be reached if Trump wins in November. If he loses, a President Biden will encourage Big Tech to censor more.

It’s time they showed their constituents they want to do more than bellyache on Twitter and Facebook. 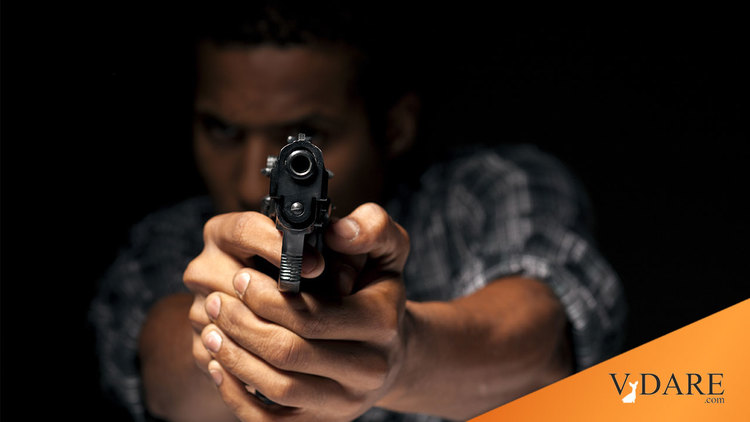 Post
Alternative Universe NYT: Spike In Shootings During The Racial Reckoning May Outlast The Riots

Post
Will We See a Push to Rename Memorial Day as George Floyd Day?