Freedom of Speech: Enjoy It While You Can—At The 2015 AmRen Conference 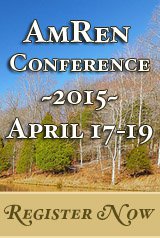 The lads from the University of Oklahoma who sung a ditty about keeping ni**ers out of their fraternity are only the latest to discover the harsh limits on free speech, even in what they thought was private. They were bounced from school as soon a covertly taken video hit the Internet. “There is zero tolerance for this kind of threatening racist behavior,” explained university president David Boren (email him) though he has different standards for violence. A black Oklahoma football player who was caught on video last July smashing a white girl so hard he knocked her out and broke four bones in her face was only suspended from the team from a season and continued to attend class.

The year is only a few months old, but the principles of free speech have already taken a beating. In January, a “racist” billboard on Interstate 59 in Alabama lasted about as long as the Oklahoma frat boys. “Diversity means chasing down the last white person” was a little too “free,” as speech goes, and the message disappeared after the local mayor called “racially offense.” 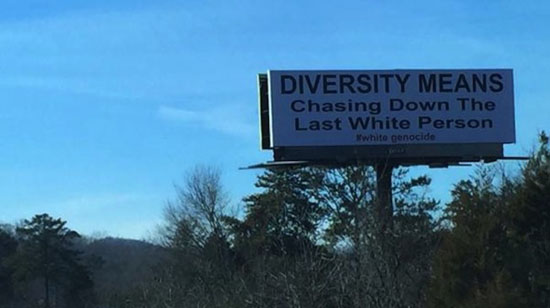 After the January attacks on Charlie Hebdo in Paris, mushy liberals claimed to be champions of free speech, but they weren’t. “Je suis Charlie,” insisted Mark Zuckerberg of Facebook, but then censored the Charlie Hebdo cartoons on Facebook in Turkey. In fact, Facebook helps a lot of countries, including India, Pakistan, Germany, Russia, and Saudi Arabia censor the Internet.

The New York Times didn’t even pretend it was Charlie; it refused to publish the cartoons. USA Today went further–black columnist DeWayne Wickham [Email him] blasted Charlie Hebdo for pushing free speech “beyond the limits of the endurable.” [Wickham: 'Charlie Hebdo' crosses the line, January 20, 2015] CNN viewers saw someone holding a copy of the magazine, but only the masthead was in the frame—not the front-page cartoon.

Still in January, Carol Swain, a black professor at Vanderbilt Law School prompted calls for censorship when she wrote an op-ed piece saying that the Charlie Hebdo attacks proved critics of Islam were right. Farishtay Yamin, head of the school’s Muslim Student Association, led hundreds in a raucous protest. I’m sure she was entirely in earnest when she said that if Prof. Swain continued to speak out on “a campus that is so liberal and diverse and tolerant” she would have to be forcibly muzzled.

Free speech seems to be a white thing. The Pew Research Center found that 70 percent of whites thought it was “okay” to publish the cartoons, while only 37 percent of non-whites thought so.

But whites are usually the ones who are punished. In February, a middle-school teacher in Tifton, Georgia, got a 10-day suspension for saying on Facebook that the Ferguson demonstrators were “sorry [expletive deleted] thugs.” A student government representative at George Mason University was removed from his position for tweeting that he thought illegal immigrants should not get in-state tuition.

Likewise in February, there were reports on the University of Michigan’s “Inclusive Language Campaign” of pressuring students to sign a pledge not to use insulting or intimidating words such as “crazy,” “insane,” “retarded,” “gypped,” “illegal alien,” or “ghetto.” They were also warned against saying “I want to die,” since that insults people who have attempted or have actually committed suicide.

The graduate center of the City University of New York wants to ban the “gendered salutations” Mr. Mrs. Miss and Ms. because they are “labels.” Michael Yaki, a commissioner on the U.S. Civil Rights Commission says college campuses should ban certain kinds of speech because the tender brains of young people are not yet ready to deal with “material that’s offensive based on race.”,

At this rate, pretty soon we’ll be like Britain, where the police investigate about 20 people a day for “offensive comments” on social media, and can lock you up for saying the wrong things.

We’re not there yet, though, and exercising your dwindling freedoms is the best way to preserve them—and one of the best ways to exercise them is to attend an American Renaissance conference. This year’s conference will be held at the lake-shore inn at beautiful Montgomery State Park in Tennessee, over the weekend of April 17-19.

We are especially pleased to be welcoming VDARE.com’s very own Peter Brimelow to his first AmRen conference. He will not only have a full speaking slot but will be joining VDARE.com stalwart, John Derbyshire, as a team that will debate the question: “Can the political system solve the race problem?”

I won’t tell you whether they are taking the affirmative or the negative—or who is daring to oppose them—but the air is sure to be filled with facts and opinions that will curl the hair of the people who want to control what you speak, hear, and think.

We are thinking of issuing a special conference invitation to Attorney General Eric Holder to come hear the debate, since he says America is a nation of cowards who don’t have “frank conversations” about race. Of course, he and his friends helped whites internalize the police-state mentality that keeps them terrorized, and he didn’t even reply to an invitation to a “frank conversation” I sent him in 2013. Who’s the coward here?

But absent Mr. Holder, our guests will have to settle for frank conversations with experts on such subjects as the collapse of the British National Party, what it means to take The Red Pill, how our country jumped the tracks, racial nationalism in Eastern Europe, and why the Left is so angry at us. We will also have a remembrance of the great Sam Francis, who contributed so many brilliant columns to VDARE.com and elsewhere.

And everyone is looking forward to the after-hours party our French comrades will be hosting at their villa, a few steps from the inn. For truth to tell, people attend AmRen conferences for each other as much as for the speakers. In these evil times, when many of us have to bite our tongues for much of the day, it is bliss to spend a whole weekend with 200 other people, all of whom understand. There is fellowship and camaraderie of a kind hard to imagine for anyone who has never been part of it.

I will never forget one young man, striding into the room for his second or third conference with the words, “It’s great to be back among the living.”

Registration and full details of the program are here. It’s still possible to get in at the early-bird rate and ensure a room at the inn—until March 20.

Come join the living for a delightful weekend.