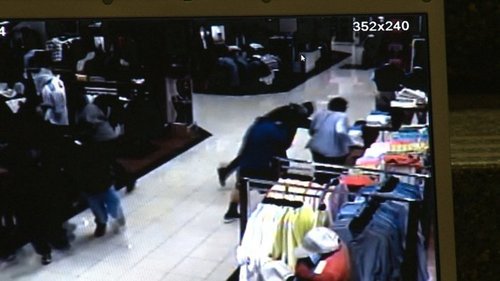 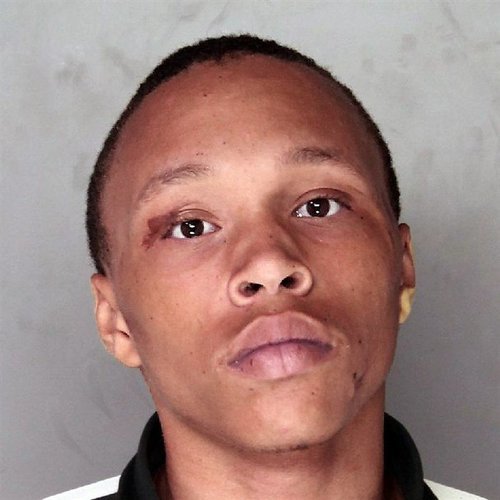 Tom Singleton, his wife Mary, and their son Dylan went shopping at the Monroeville Mall in Pennsylvania in February 2015. It almost cost them their lives. An argument between two black gangs ended in gunfire. As thugs like these are not known for their accuracy, it was the Singleton family that was shot. Tom’s femoral artery was severed and Mary was struck in the back. [Lawsuit alleges Monroeville Mall owners knew about security risks, by Kaitlin Zurawsky, WTAE, October 16, 2015] The suspect was exactly what you’d expect: black thug named Tarod Thornhill (right)  who, despite being only 17, loved posing as a criminal on social media and had a history of gun violations [Monroeville shooting suspect has record of gun violations, by Liz Navratil, Pittsburgh Post-Gazette, February 10, 2015] 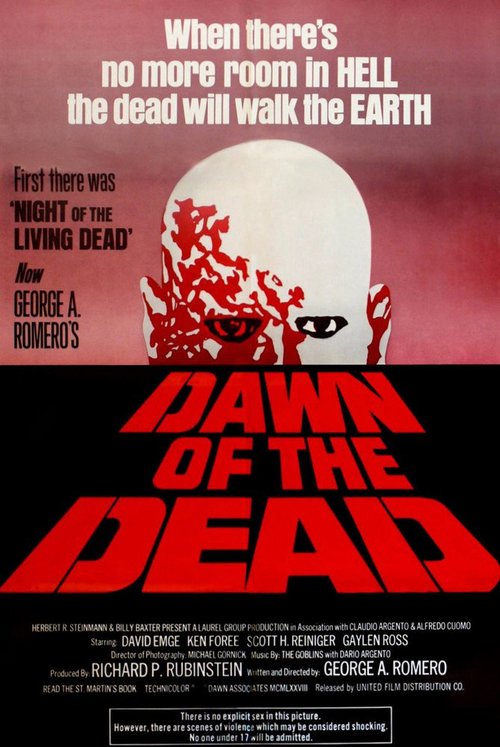 Monroeville Mall is famous because it was the setting for the 1978 film Dawn of the Dead. Director George Romero transformed the banal location into a scene of bloody horror. But in today’s America, slaughter and anarchy at a shopping mall is practically cliché. And after Christmas, once again, chaos erupted at shopping malls across America that could have easily led to the kind of violence inflicted on the Singleton family.

The largest riot took place at the Mall St. Matthews in a suburb of Louisville, Kentucky. Although the town is mostly white, thousands of “kids and teens” engaged in a giant brawl, forcing shoppers to find “safe havens” in stores to escape [Louisville Mall Shut Down After 2,000 Kids, Teens Fight, Lex18, December 27, 2015]. One shopper called it the “scariest moment she has ever had” and police radio captures people begging for help [Police radio traffic at Mall St. Matthews: 'We need help. We need people over here', by Antoinette Konz, WDRB, December 28, 2015]

The cameras capture mobs of blacks running through the mall as business owners tried to protect their customers [Cameras capture chaos that shut down Mall St. Matthews, by Josh Breslow, WDRB, December 28, 2015]. The scenes uncannily resemble the opening stages of a zombie movie, as the fragile fabric of civilization begins to rip apart and physical safety is no longer taken for granted. 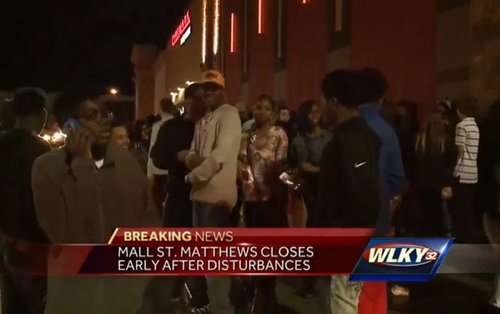 More than fifty officers were dispatched to the mall, which was ultimately evacuated and shut down. Needless to say, no one was arrested [Mall St. Matthews shut down Saturday night after police respond to numerous "riots," by Fallon Glick, WDRB December 27, 2015]/

And, needless to say, the government and police did not mention the ethnicity of the raceless youths.

In fact, the white mayor of St. Matthews, Rick Tonini [Email him] did his best impression of a Vichy France politician and immediately blamed ennui as the reason black people scared patrons at the mall:

Mayor Tonini says it's likely the teens didn't have anything better to do that night, and the mall became the hangout spot. He says he doesn't believe the kids meant any harm and supports police for not making any arrests.

"When you were 14, 15, or 16 years of age and had nothing to do on a Saturday, you'd look for something to do," said Mayor Tonini. "I don’t think anyone left their home with the idea that they were going to do any harm. The only real harm that was done was stores had to close early."

"What are we going to arrest them for — being noisy? There were some kids who were mouthy and a little bit belligerent towards the police," Tonini said. "I don't think, in this case arrests would have done anything but incite more panic."

Of course, contrary to Mayor Tonini, there are plenty of tools law enforcement could use to protect law-abiding citizens and businesses—such as enforcing bans on loitering or putting curfews on unsupervised “teens.” That’s how you keep paying customers coming back and keep the mall in business.

But instead, the local political Establishment is trying appeasement. Indeed, the police are now backing off on the size of the mob and are saying it was only 50 to 100 people responsible for having to close the mall [Police back off on size of Mall St. Matthews brawl, by Philip Bailey, Louisville Courier-Journal, December 28, 2015]

But this isn’t the first time something like this has happened in Louisville. In 2014, more than 200 black people ran through the streets attacking white people, even women and children [Woman attacked by mob of teens says she was scared for her life, by Emily Mieure, WDRB, March 25, 2015]. One local business owner, who was attacked the day before the mass riot, told the media he had seen other people sucker punched and knocked out [Louisville man claims mob of teens attacked him day before downtown riots, by Danielle Lama, WDRB, March 24, 2015].

The riot was so bad the local Gannett owned paper was forced to document it with an interactive map detailing the black violence. Police Chief Steve Gentry also admitted the police were powerless because many of his officers were prepared for an outbreak of black violence in a different part of the city:

The boy, Ma'Quale Offutt, died of his injuries two days later. That same day, a horde of teenagers attempted to storm one bus at 34th and Broadway, and threw rocks at another bus four blocks west, a TARC spokeswoman said.

At the same time, large groups of teens had been reported congregating outside the McDonald's on West Broadway downtown, a nearby Kroger and at Shorty's Food Mart at West Broadway and 35th Street, said Deputy Chief Col. Yvette Gentry, who supervises the department's patrol units.

Police aren't sure whether the mischief was inspired by Offutt's death.

But, fearing more trouble the following Saturday — March 22 — the Louisville Metro Police Department stationed their VIPER and K9 units along Broadway on the fringe of downtown, Gentry said…

Gentry acknowledges they were not expecting the explosion of violence at the waterfront.

Malls, waterfronts, amusement parks—there’s almost no place in Occupied America where whites can go where they are not under threat. At any moment, any of you reading this could meet the same fate as Tom Singleton or his wife and the national Main Stream Media would bury it. Our major cities and public spaces are descending into the kind of savagery we used to only see in a horror film.

There is hope. Social media and the Internet are allowing ordinary people to bypass the Main Stream Media and its information monopoly.

But as we can see with the MSM’s recent trend to dropping comment sections and demands for Internet censorship, the Ruling Class is doing the best it can to cut off discussion of what is actually happening.

And the victims keep piling up, causalities in the one-sided war being waged against the historic American nation, as the country it built slips from civilization to barbarism.

Paul Kersey[Email him] is the author of the blog SBPDL, and has published the books SBPDL Year One, Hollywood in Blackface and Escape From Detroit, Opiate of America: College Football in Black and White and Second City Confidential: The Black Experience in Chicagoland. His latest book is The Tragic City: Birmingham 1963-2