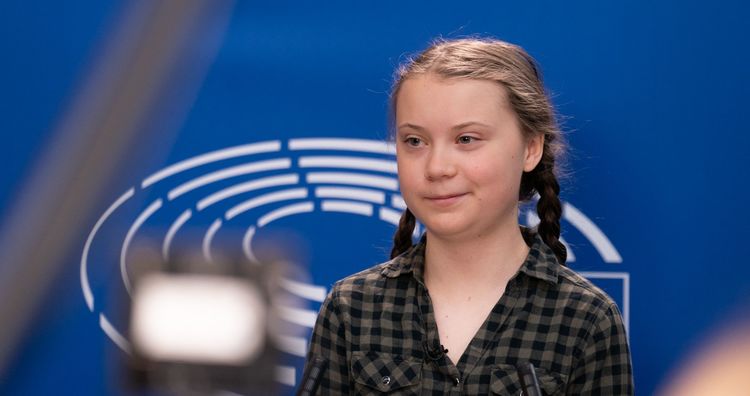 Earlier, by Lance Welton: Why Teenage Climate Crusader Greta Thunberg Is A “Watermelon”—And Why She May Change 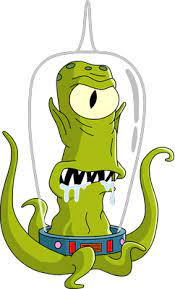 As sixteen-year-old Swedish climate campaigner Greta Thunberg stood before the UN, berating some of the most influential people in the world for having “stolen” her childhood, any alien zoologist, let’s call him Kang in honor of the alien in The Simpsons, would have been fascinated. “Why are these humans listening to a word this girl’s saying?” he might have thought:

Her frontal lobes aren’t fully formed, meaning she is deficient in the ability to reason. She’s nowhere near the human intelligence peak, which is reached at about the age of 40. Her physiognomy, and evident autism, are, together, signs of partial fetal alcohol syndrome, meaning some kind of subtle cognitive impairment, as is clear from her simplistic, Doomsday approach to life.

So how can this Greta Thunberg have become so important?”

The answer, Kang will eventually conclude, is that humans seem to have a propensity to worship children as gods, and that the Cult of Greta Thunberg is simply the latest manifestation of this.

Kang is likely to remember other fieldwork observations that will make sense of what he is seeing.

Kang has already noted that although many of the Western elite claim to be atheists and to reject their culture’s religion of Christianity, they have in fact adopted a kind of a post-Christian “secular religion” that is extremely similar to it. Indeed, a human anthropologist, a Romanian called Mircea Eliade, has observed that in left-wing Left ideologies, God has been replaced by a fervent belief in Fate, and specifically in the belief that History will unfold in a direction of greater “social justice” and “equality,” such that something like “the Kingdom of God” will one day be reached on earth. For these Leftists, their beliefs have the quality of the “Sacred,” which is the essence of religion.

This godless post-Christian sect believes that as all people are equal, inequality is a result of the Devil whom they must fight by bringing about equality [The Sacred and the Profane, by Mircea Eliade, 1957]. They have inherited the Christian belief that humans are inherently sinful. Problems in the world are their fault and they must atone for them though self-denial and the creation of further equality.

This is all true of the post-Christian sect known as the Climate Change movement. Global warming is caused by Western greed, we can stop it by being strictly ascetic and we can atone through “climate justice”—allowing poorer races, whom we have “exploited,” to pollute, while we limit our own pollution.

This is the theology of the Greta Thunberg movement and Greta is made all the worthier of worship due to having a mental disability…as people like her were once “discriminated against” and so must be empowered as a form of atonement.

But we shouldn’t be surprised, Kang might note, if this sect has inherited other dimensions of Christianity. Christianity reverses pagan values, so that the poor are revered as pure, honest and godly; and the second son (the Prodigal Son) is more god-like than the eldest son.

It also reverses attitudes towards children. The baby Jesus is literally worshipped as a god-child—something especially pronounced in the Catholic Church. A child is the source of all wisdom. Jesus himself says that, “You have hidden these things from the wise and learned, and revealed them to little children” (Matthew 11: 25), a reference to the Old Testament, “Out of the mouth of babes and sucklings hast thou ordained strength because of thine enemies, that thou mightest still the enemy and the avenger” (Psalm 8:2). 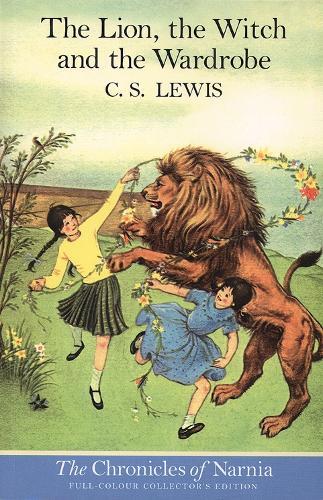 This Climate Change Movement, Kang will write in his thesis on humans, has developed from a sect which seems to worship anything that is seemingly disempowered and simple—including children—as manifestations of some sacred force. Thus in the popular children’s Christian allegory, The Lion, the Witch and The Wardrobe, it is the youngest of the four Pevensie children, Lucy, who is the first to enter the magical kingdom of Narnia; the first to have her eyes opened to the eternal Truth beneath the superficiality of everyday life.

Kang has read French philosopher Alain de Benoist’s 2004 book On Being A Pagan. De Benoist places extreme polytheism at one end of a spectrum and extreme monotheism at the other.

Monotheism is characterized not just be worshipping one god but by the belief that the god is perfect and to be obeyed, the world is evil, humans are inherently sinful, life is linear rather than cyclical, a utopia can be reached, and it is a moral duty to empower the disempowered and disempower yourself. In contrast, for pagans gods are like humans, you negotiate with them and can become them, humans are morally neutral, the afterlife is much like this one, and you should strive to power and glory.

But even within monotheist sects, you get pagan movements and even within paganism there are monotheistic trends. Thus, groups within Hinduism also worship children. In Nepalese Hinduism, certain pre-pubescent girls—rather like Greta, whose puberty seems to be heavily delayed—are worshipped as living goddesses. The so-called Kumari are regarded as manifestations of Devi, divine female energy.  Often, girls are Kumari for short periods of time, but if priests consider them particularly holy, they can be identified as little girls and taken away to live in the temple until they reach puberty, where they will be constantly worshipped. These special Kumari must have an unusual appearance—“a chest like a buffalo and thighs like a deer”—and not show any emotion while watching animals be sacrificed. These odd traits prove they are goddesses [Nepal anoints a new 'living goddess', By Sara Malm, Mail Online, September 28, 2018]. 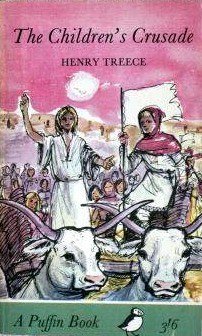 Worshipping a pre-pubescent girl with a strange appearance and a lack of normal human empathy? Remind you of anything?

Sometimes if they look like a goddess, they will be worshipped as such. This occurred in 2005, when a girl was born in impoverished Bihar with eight limbs and was thus considered a manifestation of Ganesh.

Something similar occurred in the case of Akrit Jaswal (b. 1993), a highly intelligent Indian boy who performed successful medical surgery on a girl’s burnt and thus fused hand when he was 7 years old. He was talking at ten months and writing aged two. Naturally, he was worshipped as a guru in India [Child Surgeon Seven Year Old Akrit Jaswal, by Stephen Walker, MS Health Blog, June 3, 2019].

But when Jaswal was taken, aged 11, to Imperial College London, in an attempt to get his skills recognized and allow him to put into action his passionate belief that he could cure cancer, it was found that there were serious problems with his intelligence. He was very high in verbal and mathematical intelligence but worryingly low in traits such as spotting patterns [India's Smartest Boy And His Quest To Cure Cancer, Naked Stories, YouTube, August 25, 2017]. These traits are the best test of “general intelligence,” of how “smart” someone will be in real life situations.

A pre-pubescent child-guru who is seemingly precocious, passionately self-assured, but deficient in certain kinds of logic. Remind you of anyone? 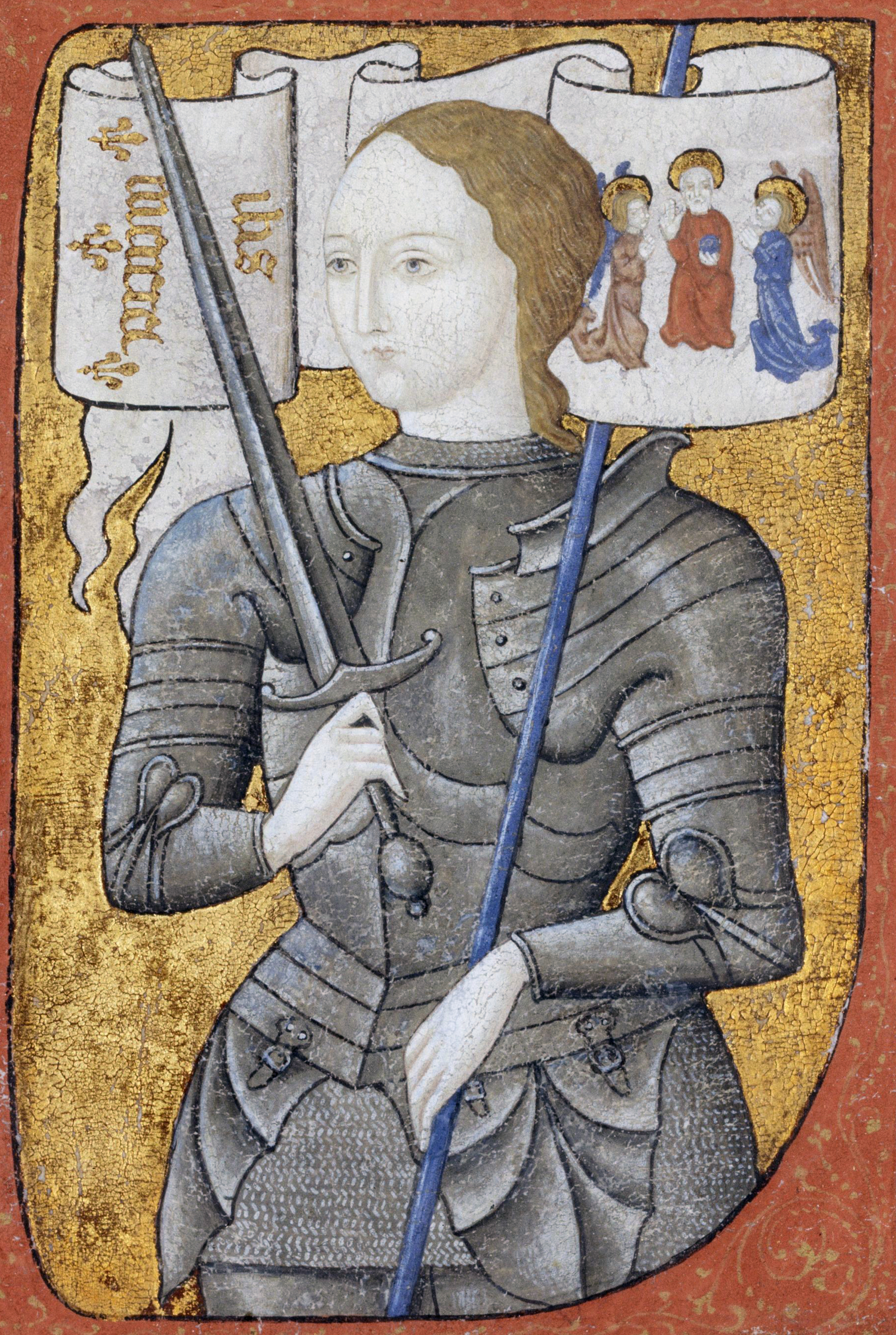 Within Christianity, you sometimes see a similar phenomenon. Think of Joan of Arc (1412-1431), a religious zealot who began having visions at the age of 13 and amassed of a huge following of worshippers.

Kang, as he writes up his findings, is fairly sure he knows what’s going in Earth’s most powerful country. Humans are pack animals and they maintain an uneasy balance between two things:

(1) Needing to reach the top of the pack’s hierarchy and desiring status, including for the whole pack;

(2) Having to maintain a highly cooperative, internally peaceful pack, so that they can join together and more successfully defeat rival packs.

Humans are, therefore, very concerned with “relative equality,” as they assess their status only in relation to their own pack members.

One way you can reach the top of the hierarchy is by making the entire pack richer, by defeating other packs, and elevating the pack’s status. In doing so, you signal bravery and power.

Another way is by signaling virtue: claiming that you idolize those right at the bottom of the hierarchy, so gaining their support, and by claiming you want to make the rich poorer and everyone equal.

This leads to two essential worldviews: conservative and liberal [Are high IQ individuals deficient in common sense, by Michael Woodley, Intelligence, 2010]. The extreme liberal promotes “equality,” and signals virtue, in part, by worshipping the overtly “low status,” elevating them to “high status”—to the status of gods.

This, Kang concludes, is what the Greta Thunberg Cult is all about. It is simply a modern-day post-Christian sect in action. It makes complete sense that America sit and listen, enraptured by Greta’s every word.