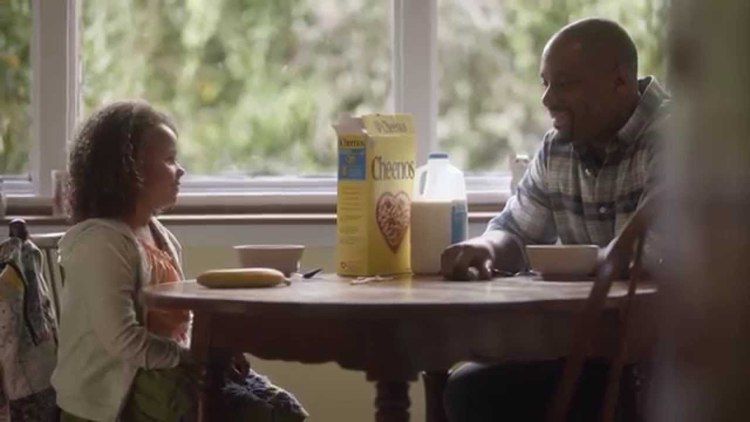 There’s a significant and sinister back story to the Cheerios Superbowl  First Quarter ad [YouTube] featuring/ flaunting a biracial family that got an MSNBC staffer fired—allegedly—for gloating via Twitter that “the right wing will hate it.” [Cheerios Brings Back Interracial Family For Its First Ever Super Bowl Ad, by Aaron Taube, Business Insider, January 28, 2014.]

But S&S took no chances, disengaging the YouTube “Down” vote option and engaging in massive censorship so that over 98 percent of the comments are supportive and criticisms swathed in ambiguous language. [An Interracial Cheerios Super Bowl Ad, Minus YouTube's Hateful Comments, By Joshua Brustein, January 31, 2014].

I tried to post three comments: they were all blocked. Two appear on my PC and at Google+, but with no votes or comments. When I checked using my son’s PC, nothing showed up. (The software that lets someone see something he has posted, but which has actually been blocked—called “ghosted comments” —has been around for 10 or more years.)

The surviving commenters’ stupidity was as appalling as their self-congratulatory, anti-white politics. The majority of the 2,872 comments that I found early Sunday morning did not even understand that the family in the commercial was fictional.

VDARE.com has repeatedly noted that, as John Derbyshire put it, If There Is Hope, It Lies In The Comment Threads. See here, here,  here, and here.

The argument: What if there were newspapers, but nobody read them? Especially with the Amnesty/ Immigration Surge legislation, and the recent GOP House Leadership’s attempt to sneak it past its base, the comment threads are more important, factually and analytically, as the MSM propaganda to which they are appended.

But the Empire knows this, hates it—and is striking back. 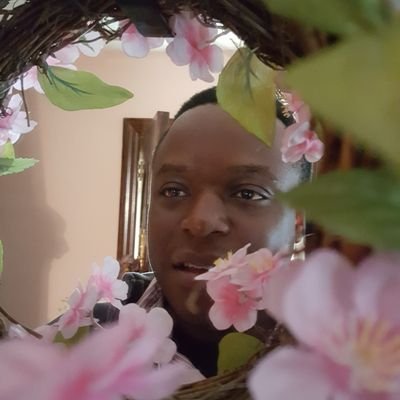 Here’s what the New York Times’ chief thread censor, Nigerian-American Community Manager Bassey Etim,  [pictured right]   [Email | Twitter] who supervises 13 (!) enforcers to fabricate the fake consensus you see on NYT comments threads, thinks of normal, patriotic, white Americans—the kind who fight and die in our wars, pay the taxes, do the productive, legal work (and research for me!):

Most of the newspaper comment sections I see are filled with racism, homophobia and barely literate anti-feminist rants…. The Internet is a big place, and there are a lot of spaces where you can say whatever you please, but nytimes.com is not the rest of the Internet. It’s a news Web site where the news is discussed in ways that don’t make you feel like you need to shower afterward.

Paradoxically, Etim then agreed with a reader—“the comments are where the real America is”—and added:

I spend a lot of my evenings in the world of comments too, and not just the night terrors. But I agree with that quote. The people who have access to media platforms are overwhelmingly likely to come from a [sic] certain cultural cliques, populate similar tax brackets and have had a deep involvement with the media for most of their lives. But in comments sections, I see a range of concerns and fears and a thirst for knowledge that most Americans don’t see being reflected in their local media.

I contacted Etim five times for this article, but he never responded.

There’s an old warning to politicians about Media moguls: “Never pick a fight with a man who buys ink by the barrel.”

But this is the opposite:  by battening on, and then seeking to batten down comment threads, the MSM is picking a fight with the people.

In the late 1990s and early 2000s, the Internet took off. Leftists and techno-utopians praised its “interactivity.” But for the majority of Americans, patriots and Republicans, comment threads also appeared to offer a counterweight to MSM Leftism—and a new birth of freedom.

MSM organs have benefited greatly from these comments threads, which increase their traffic, essential if they are to make any money off of Web advertising in an age when print is dying. TV news outlets are also increasingly reliant on Web traffic. Threads have often functioned as independent Internet sites, for example at the Baltimore Sun, where readers have revealed what the Sun’s alleged reporters were covering up about black hate crimes in “Charm City.” (See for example, the comment thread in the editorial Baltimore and bigotry , May 17, 2012, where the editors condemn a Maryland Delegate for pointing out the color of a St. Patrick’s Day mob.)

But the PC types who dominate American newsrooms are increasingly moving to silence their readers.

For example: on December 22, 2009, CBS’ New York affiliate posted a story about the brutal hate crime carried out by 11 black and non-white Hispanic students four days earlier against David Muneton, a 13-year-old “white Hispanic” honor student, in Englewood, New Jersey. The stomping, which could have killed Muneton, left him with a smashed-in face, and in danger of losing the sight in one eye.

Readers posted at least 246 comments condemning the attack. I saved them all. That night, CBS censors pulled every single comment, and later, the story itself.

To my knowledge, the MSM then dropped the story.

In June 2011, it leaked out that the Chicago PD and the local MSM had conspired to cover up what was by then a year-long campaign of black hate crime attacks on whites, and the occasional Asian, in Chicago’s poshest areas in broad daylight. Hundreds of Chicago Tribune readers complained on the comment threads about the Tribune’s refusal to provide possibly life-saving information as to the attackers’ race.

Tribune Editor Gerould W. Kern (email him) counter-attacked, having all of his columnists write dishonest pieces rationalizing the racist mayhem,[Tribune columnists on Chicago street attacks and race, June 8, 2011 (archive.org link)] and wrote an op-ed himself, in which he told readers that perpetrator descriptions were none of their business. [When Race is Relevant in News Coverage, Chicago Tribune, June 10, 2011]

My question to readers accusing us of political correctness is: Why do you care so much about the attackers' race? If you fear or dislike blacks, I suppose it would confirm your prejudice. But otherwise, it tells you nothing useful. [Race and the 'flash mob' attacks, June 8, 2011]

Thus a simple concern for truth, and for self-preservation, were “prejudices” for Chapman.

Kern had all reader comments to Chapman’s column deleted, but I was able to rescue 11 of them, every one of which was superior in logic, honesty, and decency, if not in spelling and punctuation:

… When journalists start censoring who, what, when, where, how and why from stories, it's no longer a story, but an editorial..

I've said it before and I'll say it again that you are right. Race doesn not matter and you dont need to tell us what race it is because we already know. Especially when you dont tell us. If this was White on Black crime there is no doubts on anyones mind that all of a sudden race would matter and you would report it but if its black criminals you wont say race which actually tells us the race.…

At The Atlantic magazine, not only are untold numbers of readers blocked from commenting, or their comments deleted, but its software tricks blocked readers into thinking that their votes on other readers’ comments count, before reversing those votes.

The blogger 24ahead.com has reported being blocked twice at The Atlantic, both times by black blogger Ta-Nehisi Coates (email him) (who has also had me permablocked):

I contacted The Atlantic’s Digital Editor Bob Cohn (email him) for this story. He never responded.

Many netizens will look at a discussion thread at The Atlantic or the New York Times (where I have also been permablocked for years, though the paper prominently published several of my letters during the 1990s), and think that the overwhelmingly Leftist tilt is due to self-selection.

But in reality, millions of the great unwashed routinely read such publications, which may also get thousands of readers for an article from a single link at an aggregating site like American Renaissance or Lucianne.com.

In my views, the most glaring examples of censorship have been at The Huffington Post. This site is promoted on the e-mail page of every AOL customer, who number in the millions. As a result, even a dull-as-dishwater story on tax law will get over 2,000 reader comments.

And yet, a controversial story on a racist black mass murderer will only display four comments. My estimate: over 95 percent of the comments at the latter story were either blocked or deleted.

Beginning last September, the MSM has upped the censorship ante.

On September 24, Popular Science announced that it was shutting down all reader comments. The magazine promotes Leftist hobbyhorses like global warming/climate change, and felt that publishing comments by skeptical readers would undermine “scientific certainty”—itself an unscientific notion. [Why We're Shutting Off Our Comments by Suzanne LaBarre, Popular Science, September 24, 2013.]

In the past two months, several major sites—The Huffington Post, New York Daily News, Google’s YouTube, etc., have announced that commenters will have to use their real names and, in HuffPo's case, verify their identity with their cell phone number (what if you don’t have a cell phone?) and link to Facebook and their personal information.

These MSM outlets claim they are doing this to improve “civility” in Web dialogues. But “civility” is a code word for racial socialist conformity. The Thread Stalinists are trying to intimidate people from criticism with teeth in it—and to endanger the lives and livelihood of those who do.

Critics charge that the sites are also using this method in order to generate a new revenue stream, by selling “verified” commenters’ personal information. [Want to comment on HuffPost? Just give Facebook your phone number first, By Sam Kirkland, Poynter.org, Dec. 11, 2013]

I contacted Huffington Post Deputy Blog Editors Clay Chiles and Seamus McKiernan for this story. They did not respond.

Some critics have countered that I moderate comments on my own blog, and that VDARE.com does not permit comments at all.

Answer: For the first few years, I did not moderate comments. But the same Leftists who celebrate the silencing of their political enemies made moderation necessary. Anyone reading my blogs will see that I tolerate a level of despicable comment found nowhere else on the Web. I do this in order to expose these people for the vicious cretins that they are, to put them in their place with my retorts, and because I hate censorship.

But some of them are so odious, libelous, or repetitious that I do block their comments.

VDARE.com does publish hostile comments on its letters page, for example here and here. If Cultural Marxists desire that VDARE.com have a separate comments page, I suggest they make generous donations here, specifying that they are to pay for a full-time comments moderator (as AmRen does).

These MSM censors seek to break the hearts of American patriots, and to make them believe that “resistance is futile”—just as they have for years claimed that each scheme for a new mass Amnesty of illegal alien invaders is unstoppable.

But, ultimately, they are Cultural Marxist totalitarians who simply cannot tolerate dissent.

It there really is hope, it lies in the embattled stand-alone organs of the Dissident Right—like, to pick a random example, VDARE.com, now in its 15th year of unapologetic, uncompromising resistance to racial socialism.