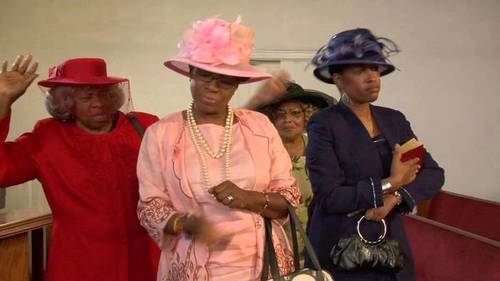 National exit polls showed that 10 percent of the electorate was Hispanic, compared with 9 percent in 2008 and 8 percent in 2004. … A growing perception of hostility toward illegal immigrants by Republican candidates is driving many Latinos to the polls.

But what if these nice, round turnout numbers provided by the Edison exit poll company weren’t true? What if the “Comprehensive Immigration Reform” clamor is based on exit poll error?

What if in 2012 the Sleeping Giant of the Latino Vote didn’t actually awake—but instead rolled over and started a new siesta?

In short, what if the Main Stream Media exaggerated the Hispanic share of the 2012 vote by a factor of almost 20 percent?

Well, we now have the numbers. We now know that the suppositions behind these awkward questions are true.

After every national election, the Census Bureau conducts a massive survey of voter turnout. Then it bureaucratically mulls over the results for months—while the conventional wisdom congeals around whatever slapdash numbers the exit poll firm emitted in the early going.

Exit polls can’t be based on the random samples that would be needed to measure turnout accurately, because the exit poll company has to bake a forecast of the electorate’s demographics into its plan of which precincts to send workers to cover. Not surprisingly, it tends to get back the results it anticipated.

Moreover, Hispanics are both of interest to sponsors and difficult to survey (they can need Spanish-speaking pollsters). So their needs are typically given more weight in planning the exit poll. The result:  national exit polls have overstated the Hispanic share of the vote at least since 2000.

Now, finally, on May 9, the Current Population Survey division of the Census Bureau has issued its turnout report, scintillatingly titledThe Diversifying Electorate—Voting Rates by Race and Hispanic Origin in 2012 (and Other Recent Elections)[PDF]

Despite the title, it makes compelling reading.

It turns out that the official best estimate of the Latino share of 2012 voters isn’t 10 percent—but merely 8.4 percent:

So the standard story you’ve been hearing in the MSM for almost seven months is indeed inflated by 19 percent.

But what can you expect … because the conventional wisdom as embodied in that Washington Post story has been exaggerated for, roughly, ever.

But who did turn out in 2012 to drive Obama to victory? Who was the fresh new face of the American electorate in 2012?

According to the Census survey, fans of Tyler Perry movies voted in remarkable numbers in 2012—even more than in Obama’s first victory in 2008.

Unsurprisingly, given Obama’s candidacy, from 2004 to 2008 the number of black voters had grown 15 percent.

Unexpectedly, however, blacks added another 10 percent to their vote total from 2008 to 2012. Nationally, 66.2 percent of eligible blacks voted compared to 64.1 percent of whites, 48.0 percent of Hispanics, and 47.3 percent of Asians.

Thus in the crucial battleground state of Ohio, blacks achieved a voting rate of 71.7 percent compared to 61.9 percent for whites.

Overall, the raw black vote total grew more than even the Hispanic vote from 2008 to 2012: an incremental 1.68 million for blacks versus 1.44 million for Hispanics, and a decline of 2.00 million for whites.

Among blacks, older women were the most diligent at increasing their turnout in 2012.

In 2012, overall turnout rates decreased in comparison with both 2004 and 2008, a drop in voting characterized by large decreases in youth voting rates for all race groups and Hispanics. The only subgroups showing voting rate increases in 2012 were blacks between the ages of 45 to 64 and 65 years of age and over.

This growth in black turnout was particularly concentrated among those over age 65. Also, black women traditionally vote at significantly higher rates than black men, and the black gender gap in turnout hit a new record in 2012.[For First Time on Record, Black Voting Rate Outpaced Rate for Whites in 2012,By Sarah Wheaton, New York Times, May 8, 2013]

So why did so many old black ladies bother to vote in 2012?

To express racial solidarity. To win. To ensure the White House stays black.

Old black ladies are American citizens. They are more than entitled to show up at the polls and vote for a credit to their race like Barack Obama.

But they are not exactly The Wave of the Future. The vast enthusiasm that Obama excited among aged African-Americans is not a logical reason to put Hispanic illegal aliens on the voting rolls.

But that is in fact the standard logic.

It’s worth noting that the Democrats are perfecting racial dog whistling with their constant claims that Republicans are trying to strip the vote from minorities, assertions that seemingly resounded with elderly blacks.

The NAACP also credited its leadership in the pitched battle against Republican-led state voting restrictions such as photo-identification laws. Numerous civil rights groups and the Obama team fomented a backlash among black voters with a "Don’t let them take away your vote!" message.

This crowing by the NAACP, normally a dusty yesterday’s-news organization, is not unreasonable: The Census Bureau study suggests the NAACP really did help generate a backlash among elderly blacks.

From a game theory standpoint, the Democrats would want to cheat at least enough to cause Republicans to react to their cheating by proposing legislation to protect the validity of the vote. The Democrats can then rile up blacks with the message that Republicans are trying to take their votes away.

It seems to have worked.

In contrast to the fervent black effort to re-elect Obama, whites were strikingly unmotivated by Romney. The total white vote dropped from 100 million in 2008 to 98 million in 2012 (down two percent). Only 64.1 percent of eligible whites voted in 2012, down from 66.1 percent in 2008 and 67.2 percent in the recent high-water mark year of 2004. This was the first time in the history of the Census survey that whites were not the highest-ranking group in terms of their rate of voting.

Among Hispanics eligible to vote, gross numbers continued to rise—but the rate of those taking the trouble to vote dropped from 49.9 to 48.0 percent. The number of Hispanics who claimed to be eligible but didn’t bother to get to the polls soared from 9.8 million to12.1 million.

In a strikingly independent-minded column in the Washington Post, of all outlets, Esther J. Cepeda noted the slack Hispanic turnout in 2012:

After nearly a year of breathless reports about how Latinos were going to trip over themselves to get to the polls and vote against Mitt Romney’s hardline immigration stance — remember Time magazine’s Spanish-language cover “Yo Decido”? — the reality is less dramatic.

Cepeda noted, for perhaps the first time in the history of the Washington Post, the self-interest behind the spin:

The reason you don’t hear much about these sobering numbers from the Hispanic advocacy organizations—as opposed to how they react with any statistic even remotely suggesting an impending Latino supremacy—is obvious. After all, immigration reform is only in play because Republicans are scared witless that unfavorable Latino voting power will sink their party in upcoming elections.

But how true can this be when fewer Latino voters bothered to vote in a contest featuring an incumbent Democrat and a Hispanically tone-deaf Republican candidate who could never quite get past “self-deportation” than in 2008, when Barack Obama and John McCain—a longtime supporter of immigration reform—were running?

Even among Hispanics, immigrants accounted for only 27.3 percent of their voters (in other words, 72.7 percent of the Hispanics who voted in 2012 were born in this country).

Needless to say, this ought to raise the interesting question: just how much do actual Hispanic voters care about immigration?

After all, Hispanics who vote tend not to be terribly young, so they are generally removed from their ancestors’ immigration by quite a few decades.

The GOP has dug itself quite a hole by its complacency about immigration.

But the conventional wisdom that it must immediately consent to “a path to citizenship” for illegal aliens—let alone, for reasons that are never explained, simultaneously increasing legal immigration from its already record level—is a transparent Democratic Electing-A-New-People ploy that persuades only the innumerate (or corrupt) among the Republican Brain Trust.

Steve Sailer (email him) is movie critic for The American Conservative and writes regularly for Takimag. His website www.iSteve.blogspot.com features his daily blog. His book, AMERICA’S HALF-BLOOD PRINCE: BARACK OBAMA’S "STORY OF RACE AND INHERITANCE", is available here and here (Kindle)