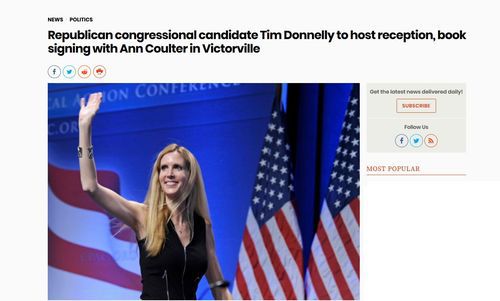 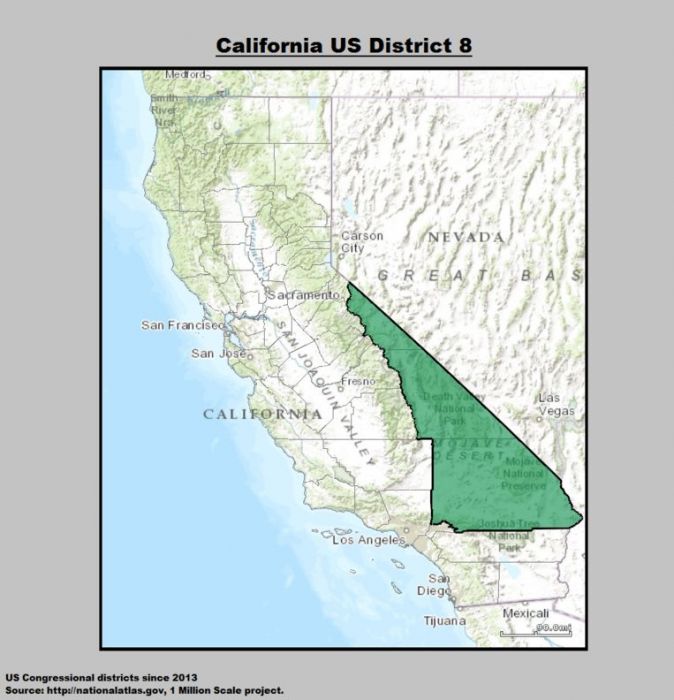 Next Tuesday night, October 23, VDARE.com’s syndicated columnist Ann Coulter is signing copies of her best-seller Resistance Is Futile at in support of CA-8 immigration patriot hopeful Tim Donnelly [Republican congressional candidate Tim Donnelly to host reception, book signing with Ann Coulter in Victorville, by Sandra Emerson, The Sun, October 17, 2018]. Bur inexplicably, President Trump is on the wrong side of this race—evidence that his unquestionable transformation of the GOP into a National Conservative party still has a long way to go, not least among his own advisors.

VDARE.com readers will remember Donnelly as the hero who challenged the GOP Establishment in the 2014 California gubernatorial race. A state assemblyman and co-founder of the California Minutemen, he was the one candidate in the race to make a sensible stand on immigration (not quite as much as VDARE.com wanted, but hey…). Needless to say, the GOP Establishment and the Main Stream Media both viciously attacked Donnelly for this stand and his past “offensive” comments on the issue, yet, in a Trumpian move, he refused to apologize or back down.

Tragically, after a last-minute surge of Treason Lobby cash, Donnelly did not win the gubernatorial nomination. The suicidal California GOP’s gubernatorial nominee: Neel Kashkari, an Indian-American, socially liberal, pro-Amnesty, Goldman Sachs alumnus who had voted for Obama in 2008. George Will predicted Kaskhkari would be the future of the party. [Neel Kashkari could be California’s Goldwater, by George Will, The Washington Post, July 23, 2014] Like most of Will’s predictions, this turned out to be hilariously wrong. Kashkari lost disastrously. Amazingly (or perhaps not), the Obama Administration named him President of the Minneapolis Federal Reserve the next year.

Donnelly was manifestly a better indication of the Trumpian future. But in a stunning blow to his campaign, Trump has endorsed Donnelly’s primary opponent, Paul Cook. [Trump backs California candidate Paul Cook—an incumbent—over GOP outsider Tim Donnelly, by Samuel Metz, Palm Springs Desert Sun, September 4, 2018] Cook (in California’s peculiar monster primary system) is actually the incumbent, but he is more liberal on immigration and has a record of criticizing the president.

Note that Donnelly is not some “fringe” candidate. He has been endorsed by Sen. Rand Paul, Rep. Steve King and Turning Point USA President Charlie Kirk—all of whom boast close ties with the President.

Moreover, Cook himself doesn’t seem too thrilled with Trump’s endorsement as he didn’t bother to publicize it on his Twitter account.

Why would Trump do such a thing, and what does this mean for Trumpism in general?

Donnelly himself has blamed “The Swamp” for Trump’s mistaken endorsement, and his supporters claimed the faux pas was an accident. Indeed, the President probably wasn’t informed by staff about the details of the race and endorsed whoever he was advised to support. [Conservative activists: Trump was ‘tricked’ into Calif. Endorsement, by Carla Marinucci, POLITICO, September 7, 2018]

It wouldn’t be the first time Trump went with the Establishment candidate over the Trumpist.

In the first round of the Alabama Senate primary, endorsing Luther Strange instead of immigration patriot Mo Brooks. That decision ultimately led to the nomination of Roy Moore—who was certainly a firebreather but not a Trumpist—and we all know how (with help from the cowardly GOP Establishment) that turned out.

This year in Alabama, Trump endorsed Rep. Martha Roby in her bid for reelection, despite of the fact that she pulled her own endorsement of Trump right before the 2016 election. [Donald Trump endorsement helps Martha Roby dispel disloyalty claim, by Mike Cason, AL.com, June 23, 2018]

This may seem troubling at first glance, and in Donnelly’s case it is very bad. But closer inspection reveals progress—many elements of the GOP Establishment have, perhaps surprisingly, already embraced Trumpism.

The Watcher covered House Majority Leader Kevin McCarthy’s Trumpian transformation earlier this week. McCarthy has gone from supporting Amnesty just a few years ago to proposing patriotic immigration reform and disputing that diversity is America’s strength. His turnaround reflects a party leadership that is eager to embrace the Trump agenda. GOP leaders are smart to enough to know their voters don’t desire marginal tax cuts for the 1% and Medicare cuts—they want patriotic immigration reform.

Arizona’s Martha McSally has had a similar transformation as McCarthy. McSally didn’t endorse Trump in 2016 and she even served as a co-sponsor on an Amnesty bill in 2017. But when time came for the Senate primary, she changed her tune dramatically.

She quickly removed her name from the Amnesty bill and became one of the main backers of Rep. Bob Goodlatte’s immigration bill. This-was the best deal Republicans put forward during the early 2018 fight over the Deferred Action for Childhood Arrivals (DACA) program. It gave some Dreamers permanent legal status in exchange for full wall funding, mandatory E-Verify, abolishment of the Diversity Visa, and elimination of chain migration. [Congress: Rep. McSally shifts support to stricter immigration bill, by Ronald J. Hansen and Yvonne Wingett Sanchez, The Arizona Republic, May 11, 2018] 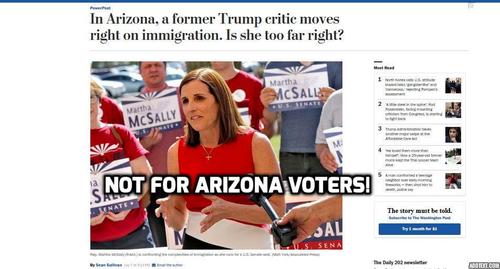 McSally spent considerable time on network TV promoting the Goodlatte bill and lambasting the effect illegal immigration has had on America. The Washington Post complained she had gone “too far right” on the issue. Former Arizona Governor and immigration patriot Jan Brewer praised McSally’s evolution.  [In Arizona, a former Trump critic moves right on immigration. Is she too far right?, by Sean Sullivan, Washington Post, July 7, 2018]

Yes, the current Arizona Senate candidate did an obvious flip-flop and she only changed her stance out of political expediency. However, that’s not a bad thing. We want the Establishment to flip-flop on immigration so we can get serious reform accomplished. Not every Republican in Congress is going to be Steve King, and we need opportunistic converts to get the job done.

In other words, we want the Paul Cooks to turn into Tim Donnellys. It happened in Arizona, and it happened in Virginia last year when milquetoast Establishmentarian Ed Gillespie effectively ran on Corey Stewart’s Trumpist platform. The GOP’s messaging is changing to reflect the base’s embrace of Trumpism, which is why the majority of Republicans now sound like immigration hawks and the RNC is running ads on Leftist violence.

With that said, there is still the problem that not every Republican squish is going to make this transformation, as evidenced by Rep. Cook himself. The party is still not entirely Trump’s party, which is why he should always endorse those who are closest to his agenda.

In the race between Donnelly and Cook, Trump made the wrong choice.