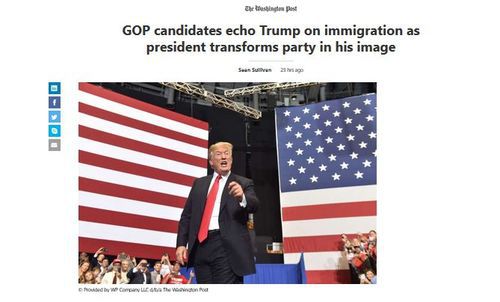 See, earlier Trump Victorious As GOP Transformed Into A National Conservative Party by James Kirkpatrick,  May 3, 2016

"There is no Republican Party. There's a Trump party," John Boehner told a Mackinac, Michigan, gathering of the GOP faithful last week. "The Republican Party is kind of taking a nap somewhere."

Ex-Speaker Boehner should probably re-check the old party's pulse, for the Bush-Boehner GOP may not just be napping. It could be comatose.

Consider. That GOP was dedicated to free trade, open borders, amnesty and using U.S. power to punish aggressors and "end tyranny in our world." That GOP set out to create a new world order where dictatorships were threatened with "regime change," and democratic capitalism was the new order of the ages.

Yet, Donald Trump captured the Republican nomination and won the presidency—by saying goodbye to all that.

How probable is it that a future GOP presidential candidate will revive the Bush-Boehner agenda the party rejected in 2016, run on it, win, and impose it on the party and nation?

Bush-Boehner Republicanism appears to be as dead today as was Harding-Coolidge Republicanism after 1933. And if Trumpism is not the future of the GOP, it is hard to see what a promising GOP agenda might look like.

A brief history: In seven elections starting in 1992, Republicans won the presidency three times, but the popular vote only once, in 2004, when George W. was still basking in his "Mission Accomplished" in Iraq. 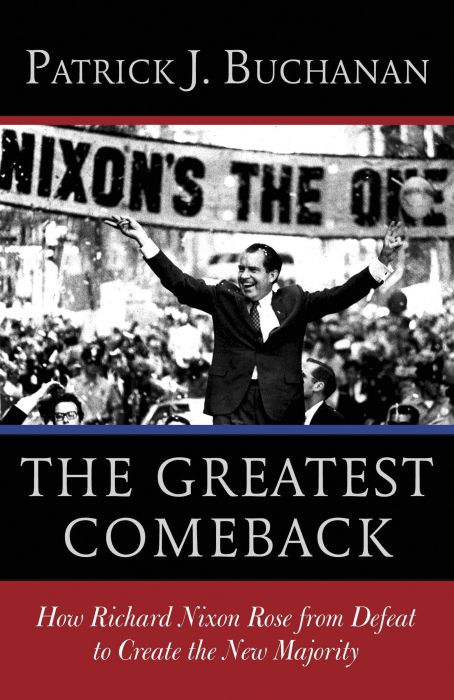 What fractured and overwhelmed the Bush-Boehner Republican Party?

First, demography. The mass immigration of Third World peoples that began with the 1965 immigration act, and the decline in the birth rate of native-born Americans, began to swamp the Nixon-Reagan New Majority.

Second, the collapse of the Soviet Empire and USSR removed the party's great unifying cause from Eisenhower to Bush I—the Cold War.

After the Red Army went home, "America First" had a new appeal!

Third, faithful to the free trade cult in which they were raised, Republicans championed NAFTA, the WTO, and MFN for China.

Historians will look back in amazement at how America's free trade zealots gave away the greatest manufacturing base the world had ever seen, as they quoted approvingly 18th- and 19th-century scribblers whose ideas had done so much to bring down their own country, Great Britain.

Between 1997 and 2017, the EU ran up, at America's expense, trade surpluses in goods in excess of $2 trillion, while we also picked up the bill for Europe's defense.

Between 1992 and 2016, China was allowed to run $4 trillion in trade surpluses at our expense, converting herself into the world's first manufacturing power and denuding America of tens of thousands of factories and millions of manufacturing jobs.

In Trump's first year, China's trade surplus with the United States hit $375 billion. From January to March of this year, our trade deficit with China was running at close to the same astronomical rate.

"Trade deficits do not matter," we hear from the economists.

They might explain that to Ohio, Michigan and Pennsylvania.

And perhaps someone can explain the wisdom of handing 4 percent of our GDP each year to an adversary nation, as U.S. admirals talk tough about confronting that adversary nation over islets and reefs in the South China Sea.

Why are we enriching and empowering so exorbitantly those whom we are told we may have to fight?

Fourth, under Bush II and Obama, the U.S. intervened massively in the Near and Middle East—in Afghanistan, Iraq, Libya, Syria, Yemen. And the forces that pushed up into those conflicts, and so disillusioned the nation that it elected Barack Obama, are back, pushing for a new war, on Iran. They may get this war, too.

Yet, given the anti-interventionist and anti-war stance of Trump's winning campaign, and of the Bernie Sanders campaign, U.S. involvement in Middle East wars seems less America's future than it does her past.

After his 16 months in office, it appears as though the Trump presidency, no matter how brief, is going to be a watershed moment in U.S. and world history, and in the future of the GOP.

The world is changing. NATO and the EU are showing their age. Nationalism, populism and tribalism are pervasive on the Old Continent. And America's willingness to bear the burden of Europe's defense, as they ride virtually free, is visibly waning.

It is hard to see why or how Republicans are ever again going to be the Bush-Boehner party that preceded the rise of Trump.

What would be the argument for returning to a repudiated platform?

Trump not only defeated 16 Bush Republicans, he presented an agenda on immigration, border security, amnesty, intervention abroad, the Middle East, NAFTA, free trade, Putin and Russia that was a rejection of what the Bush-Boehner Party had stood for and what its presidential candidates in 2008 and 2012, John McCain and Mitt Romney, had run on.

If the Republican Party is "napping," let it slumber on, undisturbed, for its time has come and gone. We are in a new world now.