Ann Coulter On Impeachment: Article I—Remove This Beast From My Sight! 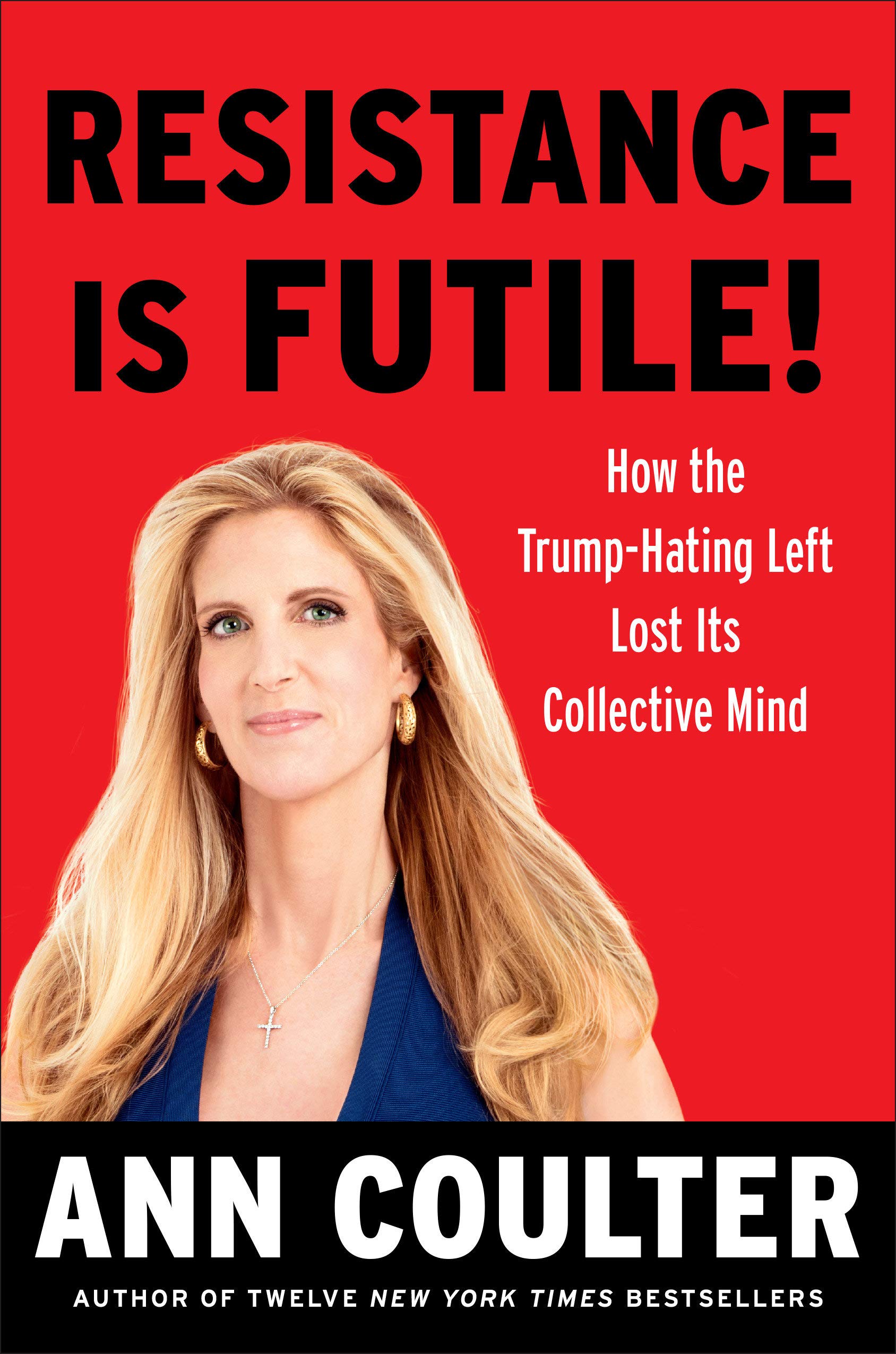 Earlier, by Peter Brimelow On Impeachment: Democrats Huff And Puff—YAWN! Wake Up When Senate Trial Begins. Then Lock And Load.

In the history of politics, there is no precedent for the media’s entire focus to be on undoing the last presidential election.

True, the left has wanted to impeach every Republican president, but at least they used to wait a decent interval between the inauguration and concocting some preposterous “impeachable offense.”

With Trump, it’s never been about anything he’s done. It’s him they can’t stand. The technical grounds for their impeachment is: REMOVE THIS MONSTER FROM MY SIGHT!

The media pretend the president engaging in standard foreign policy is a big constitutional crisis. It is, but not the way they mean.

As explained in the seminal book on impeachment, High Crimes and Misdemeanors: The Case Against Bill Clinton, impeachment is not for policy disputes. That’s why, in any five-minute span on cable TV, you will hear someone say that James Madison expressly rejected “maladministration” as a ground for impeachment at the Constitutional Convention. Otherwise, he said, “so vague a term” would mean the president could serve only at “the pleasure of the Senate.”

This isn’t a random quote, selectively plucked from the convention notes. It’s the entire point of our country.

In Great Britain, impeachments were used as a weapon against a king whose veto Parliament could not override. Impeachment was often the only way members of Parliament could express themselves on policy matters. They couldn’t block the king’s policies, but they could impeach his ministers for giving him “bad advice.”

As history buffs will recall, we fought a revolution to get rid of the king. No king—and Congress has plenty of tools for stymieing a president’s agenda and pushing their own, such as that thing that’s completely slipped their minds: enacting legislation.

Moreover, the president, unlike a king, would not govern by divine right, but by the consent of the people. Staging impeachments over policy disagreements is a logical absurdity under our Constitution.

Worse, the Democrats are impeaching Trump over his foreign policy, nearly the exclusive province of the commander in chief.

To be extra clear that they don’t care about the Constitution—much less the Founding Fathers, whom they keep solemnly invoking—the Democrats' second article of impeachment against Trump is for “obstruction of Congress.” That is pretty much his job. How about impeaching a president for ordering a surprise military attack or appointing members of his Cabinet?

The Constitution gives each of the three branches devices to oppose the others. Congress can issue subpoenas, and the president can claim executive privilege. Then a court—probably the Supreme Court—will decide who wins.

Democrats have spent three years doing nothing but trying to obstruct the president. They’re indignant, scribbling up articles of impeachment, because he refuses to help them obstruct him.

The Supreme Court just took a case that will decide whether Trump can “obstruct" a House Committee from subpoenaing his financial records. So now it’s not just the executive branch, but the judicial branch, that’s obstructing the almighty, shall-not-be-defied legislative branch. I guess the House will have to impeach the Supreme Court, too.

At least they’re not wasting time passing any laws. That will save us the embarrassment of the House impeaching the president for vetoing a bill.

In an attempt to prove the wide acceptance of their insane ideas about impeachment, the media keep telling us that, as Mike Murphy put it, “if it was a secret vote, 30 Republican senators would vote to impeach Trump.” (In his defense, Murphy also thought Jeb! was going to be president.)

Murphy’s non-disprovable smear has been repeated all over—by E.J. Dionne at a Brookings Institute forum, on cable news shows, and in several articles in The New York Times just in the last week.

This drop-the-mic charge is one of most cynical and anti-democratic arguments you will ever hear. It's rolled out as if it’s argument for impeachment, when in fact it’s an argument against.

The “secret vote” claim is the precise reason these people should never be anywhere near power—not even with a White House tour group. They think a presidential phone call should be broadcast on Netflix, but a senator should only vote in private, like having sexual relations.

I’m to vote in full view of the public? Oh, how awful!

Yes, I’m quite certain that most politicians would love to do things differently—if only they could be rid of the pesky rabble looking over their shoulders. I just didn’t think they’d be stupid enough to admit it