On Trump Tax Returns, Democrats Are Doing What Nixon Was Being Impeached For TRYING To Do

IF THE GOP CONGRESS HAD MADE THIS BIG A DEAL ABOUT OBAMA’S COLLEGE TRANSCRIPTS, THE PRESS WOULD HAVE CALLED IT A MCCARTHYITE WITCH HUNT: President Trump Should Not Turn Over His Tax Returns To Congress, Tax Professor And Tax Lawyer Say.

The Democrats’ open campaign to get rid of Trump extraconstitutionally, using every institution they control from the FBI to the media, is enormously destructive. The consequences need to be severe enough to ensure it is not repeated.

The idea that it's wrong for Trump to refuse to give his tax returns to Congress, or that Treasury Secretary Mnuchin is wrong not to get his subordinates to find them in the records and give them to Congress, is so weird when you consider that it's one of the main things that Richard Nixon was almost impeached for.
From articles voted on in Congress in 1974
Emphasis added. Note that Nixon "endeavoured", but did not succeed in using the IRS against his political enemies. Why did he think this was a possible tactic for a President to use? To quote David Frum's book about the 70s "...although nobody ever proved any political connection, it is an odd coincidence that private citizen Richard Nixon was audited three times between 1961 and 1968."
Obama's IRS actually got away with this. See: The IRS Scandal, Day 1921: Federal Judge Approves $3.5 Million Payout From IRS To >100 Tea Party Groups To Settle Targeting Claims, August 14, 2018.
Both Nixon and the Tea Party may have been targeted by Democrats in the Civil Service, rather than at the direction of the President. That's what we call the Deep State.
It's possible that Nixon, for one, was targeted by the notoriously vindictive Kennedy Administration. In It Didn't Start With Watergate,  Victor Lasky writes that Kennedy engaged in such tactics, and Washington Post publisher Ben Bradlee knew it: 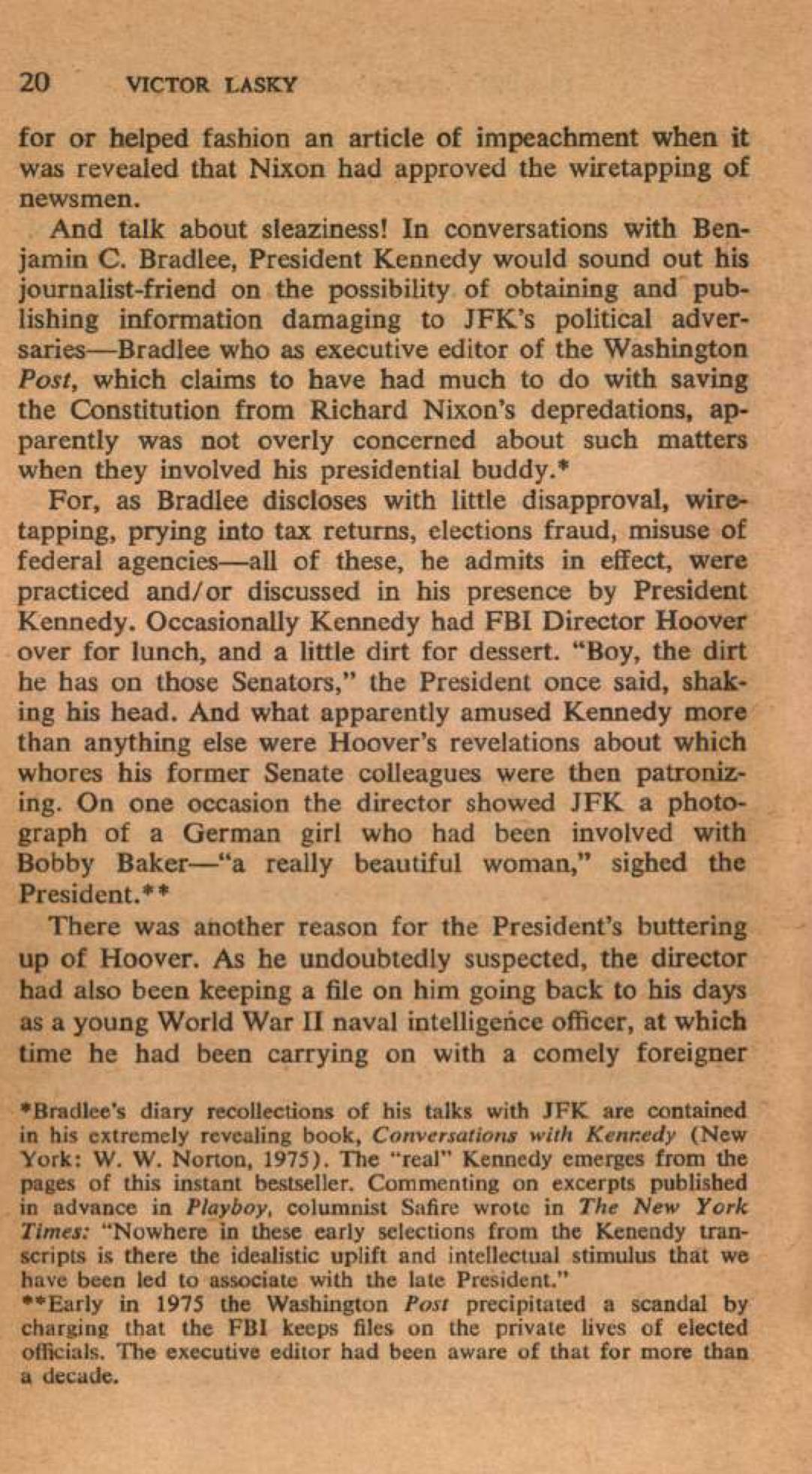 Accessing IRS records for political purposes is seriously illegal.It's amazing that no one is saying that.