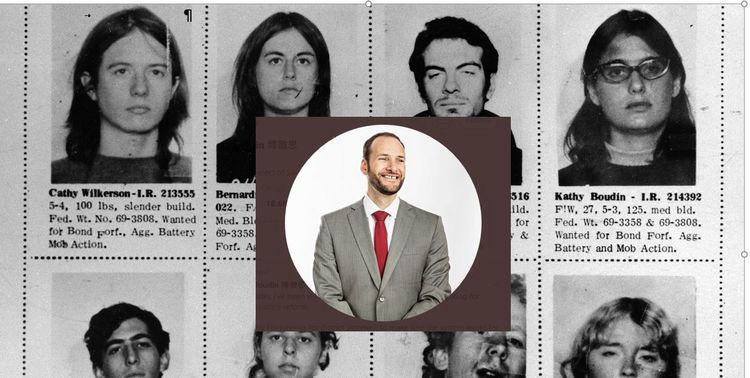 Ann Coulter On Chesa Boudin: How To Get Into Harvard Without Good S.A.T. Scores—Have Communist Terrorist Parents!

If you’re looking for a shortcut to get your kid into a prestigious college, but your little one doesn’t have high enough cheekbones to claim to be an Indian, consider the petal-strewn path of the newly elected San Francisco district attorney, Chesa Boudin. 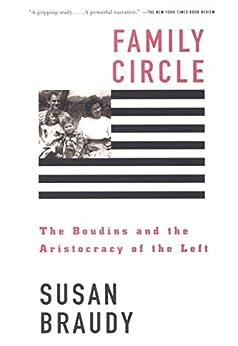 Chesa’s sparkling credentials are: He is the son of celebrated cop-killers Kathy Boudin and David Gilbert! That was enough to win him admission to Yale, Oxford and Yale Law School.

His mother consciously parlayed her way to success by becoming a violent revolutionary after realizing that she wasn’t going to set the world on fire with her SAT and LSAT scores.

Poor Kathy couldn’t get into Oberlin—and then she couldn’t get into Yale Law. She was terrified of “losing her place” as her father Leonard Boudin’s “most cherished offspring,” as Susan Braudy put it in her book, Family Circle: The Boudins and the Aristocracy of the Left. (All this is covered in lascivious detail in my book, Demonic: How the Liberal Mob Is Endangering America.)

The only thing Kathy could do to impress her father—and our nation’s elite institutions—was to become a domestic terrorist.

It worked. Her parents showily displayed Kathy’s motorcycle helmet from her participation in the “Days of Rage” in Chicago. Jean Boudin’s “pride in her aristocratic position on the left,” Braudy writes, made her “the match of any Palm Beach hostess.”

In addition to the “Days of Rage,” which left a Democratic politician paralyzed, Kathy was part of the Weather Underground brain trust that blew up a Greenwich Village townhouse in 1970, killing three of the radicals. The bomb they were building was intended to kill servicemen and their dates at a Fort Dix dance. With body parts flying and walls collapsing around her, Kathy made it out of the house one step ahead of the police.

Again, Kathy’s parents were delighted with the townhouse bombing. Her mother had always envied the owners for their wealth, anyway. Her father thought seeing his daughter on FBI “wanted” posters was “good for his legend.”

The only thing that terrified Kathy, Braudy says, was that “if stripped of her glamorous and dramatic revolutionary attachments and subterfuges, she would be the dullest person in Leonard’s circle of admirers. ... She would be a woman, no longer young, whose work was waiting tables and cleaning houses.”

In fact, that’s exactly what she was. While Kathy and David play-acted being on the run, the FBI wasn’t even looking for them anymore. A newspaper in Wisconsin published David Gilbert’s whereabouts and—OH MY GOSH ... nothing happened. “No one arrested him,” Braudy writes; the “authorities weren’t interested in him.”

It was time for drastic action. Those LSAT scores weren’t going to bury themselves. So in 1981, Kathy conspired with violent drug-addicted members of the Black Liberation Army to rob a Brinks armored truck in Rockland County, New York. They wanted drug money and she wanted fame.

At the Nanuet Mall, her BLA co-conspirators murdered Brinks guard Peter Paige and wounded two others, then hopped in the getaway truck being driven by Kathy and David.

The truck was stopped by the police minutes later, but 38-year-old Kathy emerged from the truck’s cab, playing an innocent housewife, frightened by all the guns. She begged the perplexed police to lower their weapons. No sooner were their firearms holstered than six BLA members leapt out, guns blazing. They instantly killed the force’s only black officer, Waverly Brown. Sergeant Edward O’Grady died a few hours later on the operating table.

She’d done it. Kathy was a bona fide success! In jail, she received a string of celebrity visitors and fawning journalists. There would be documentaries, glorious write-ups, Oscar nominations and poetry awards.

After decades of recounting her sufferings since the robbery that left Brown dead, Kathy was told that Brown’s son still attended the memorial service held for his father and Sgt. O’Grady at 4 p.m. every Oct. 20.

According to our betters, that’s an “idealist.”

She was granted parole in 2003—supported by none other than William F. Buckley. (The elites circle the wagons!) Soon she was a professor at Columbia University and director of the school’s Center for Justice.

These status-obsessed Yale rejects became “radicals” in order to win a lifetime of good press and cushy academic positions unavailable to them any other way.

Look at David Hogg, rejected from a half-dozen non-elite schools, only to be accepted by Harvard—all for raising his scrawny little arm in a preposterous one-arm salute after a speech denouncing the National Rifle Association. True, Hogg’s SAT score (1270) was far below that of the average Harvard student (1484). It was even below that of recruited athletes at Harvard (1297). But he had turned himself into a left-wing activist just in the nick of time. Harvard here I come!

The two “idealists” who raised Chesa Boudin were William Ayers and Bernadine Dohrn. On account of putting a bomb in the Pentagon, Ayers [Email him] became a distinguished professor of education and senior university scholar at the University of Illinois at Chicago. For praising the Manson family and leading a group of protesters in a little ditty that mocked the government official paralyzed during the "Days of Rage" rampage, Dohrn[Email her] was made a professor at Northwestern University School of Law.

Another leftist celebrity, Susan Rosenberg, had conspired to kill cops, blow up buildings and rob a Brinks truck; she was sentenced to 58 years in prison for felony murder and possession of more than 700 pounds of explosives. She was pardoned by President Bill Clinton on his last day in office.

A couple years later, Rosenberg was offered a teaching position at Hamilton College. Apart from her fondness for bombs and cop-killing, Rosenberg’s credentials consisted of: a master’s degree in writing from a correspondence course in prison.

Oh, by the way, when Kathy Boudin was finally arrested after the Brinks robbery, the police searching her Morningside Drive apartment found, amid the food stamps and welfare forms, Kathy’s application to New York University Law School.

It’s one thing to say a person shouldn’t be punished for the sins of his parents. But America’s elite institutions treat cop-killing—even merely being the child of cop-killers—as the equivalent of being a star athlete or getting double-800s on your SATs.

Say, instead of forcing taxpayers to take on the burden of student debt, how about letting the colleges eat their own student loans?