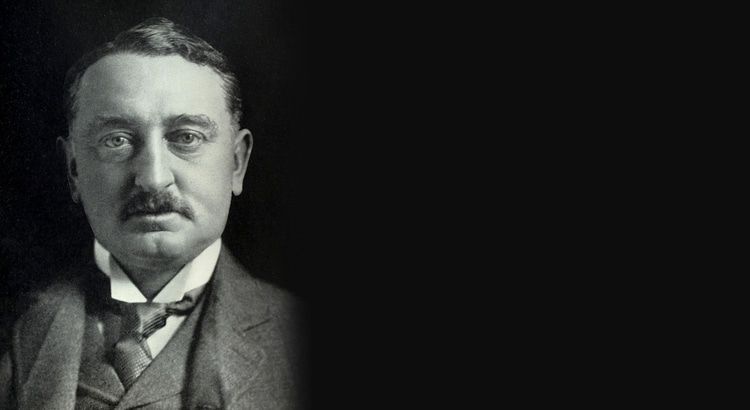 "Whatever Happened To The Anglo-Saxon Elite Cecil Rhodes Wanted To Set Up?"

Trent Lott teetered to the brink of ruin simply because of one possible interpretation of a stray remark he made earlier in the month. But others whose views are far more bizarre than anything Mr. Lott has ever said are being groomed to fill the citadels of power he may have to vacate. Only a couple of days after the Lott crisis erupted, the New York Times carried a lovely little tale about the son of two convicted terrorists who has won a Rhodes Scholarship. [From Radical Background, a Rhodes Scholar Emerges by Jodi Wilgoren, NYT, December 9, 2002]

The son is a chap named Chesa Boudin, the 22-year-old offspring of Kathy Boudin and David Gilbert. Most of the civilized world has long since forgotten these two, but, while Gilbert was never very important, at one time in the late 1960s Miss Boudin was world-famous.

The daughter of Leonard Boudin, usually described as a "civil liberties lawyer" but in fact a member of the Communist Party and a faithful disciple of its Stalinist wisdom, and the granddaughter of Louis Boudin, who actually helped found the Communist Party in this country, Miss Boudin signed up with the terrorist Weather Underground, as did Mr. Gilbert. In 1970 she and a few of her sisters in arms fled the wreckage of a Greenwich Village townhouse that blew up when her pals were manufacturing bombs. The pals were mostly killed, but Miss Boudin vanished.

She next turned up 11 years later in the armed robbery of an armored car, when two police officers were murdered and she and Gilbert were nabbed. Along with another Weatherwoman, Judith Clark, the whole lot of them went to prison, which is where they are today. Chesa was raised by yet another pair of terrorist veterans, Bernardine Dohrn and Bill Ayers.

Today, young Mr. Boudin says he used to be "angry" about his parents' imprisonment, but "now I'm not angry." He's just sad. "I'm sad that my parents have to suffer what they have to suffer on a daily basis, that millions of other people have to suffer as well." No word as to whether he's sad about the two cops his parents helped murder in 1981.

As for what his parents did, it's pretty clear Mr. Boudin is fully on board with the family tradition of communism. "We have a different name for the war we're fighting now — now we call it the war on terrorism, then they called it the war on communism." Whatever they call it, you can bet Comrade Boudin is on the other side.

It's hard to see the news value — front page in the New York Times — of this story, but there is a point — as the Times tries to drive home: Institutions created to guard Western civilization have been co-opted by its enemies to undermine it.

The Rhodes Scholarships are merely one example. Founded by South African diamond magnate Cecil Rhodes to create an elite of Oxford-educated Anglo-Saxons who would rule the world, the scholarships are now given to non-Western or anti-Western oddballs. The Times mentions one Kamyar Cyrus Habib, a blind photographer; Marianna Ofusu, a Howard University expert on Latin American dancing; and Devi Shridhar, who has published a book on Indian myths and "has been admitted to medical school." All very impressive, no doubt, but you have to wonder what ever happened to the Anglo-Saxon elite Rhodes wanted to set up?

What happened to it is that it destroyed itself. Neither the Rhodes Scholarships nor any of the other institutions it created and controlled would have fallen out of its power if the elite itself had not allowed those who hate it and want to destroy it to seize them.

"That's one of the wonderful things about institutions, they adapt to the times," chirps University of Chicago law professor Dennis Hutchinson, a former Rhodes Scholar who heads the Midwest selection committee for the Rhodes Trust. The elite has adapted itself virtually out of existence — and the society it was supposed to protect along with it.

No government ever "falls," wrote Lenin, the Boudin family's tutor, unless it is first "dropped," and the same is true of civilizations. The great secret of all revolution is to get the ruling class to drop the instruments of its power.

Young Comrade Boudin, a Phi Beta Kappa graduate of Yale who overcame both dyslexia and epilepsy, is obviously a clever chap, and no doubt he deserves the scholarship he won.

But no one should be surprised if in the not-too-distant future what remains of Western civilization hears from him again - when he and his unrepentant comrades in terrorism or communism, or whatever name we give it, have taken all the power our ruling class has allowed them to take and use it for their own purposes.