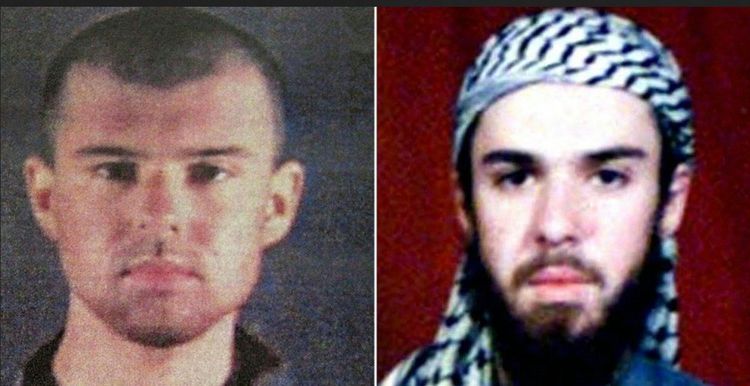 The demon of the day is John Walker Lindh, the hapless American sap captured in Afghanistan while fighting for the Taliban and who may wind up facing charges of treason in this country. Since Mr. Lindh, or Suleyman al-Faris, or Abdul Farid, or plain Mr. Walker, as he now calls himself, is an American citizen, he can't just be hauled before one of President Bush's secret military tribunals and executed. Defense Secretary Rumsfeld assures us he "will have all the rights he is due." It's refreshing to learn that high government officials still acknowledge that American citizens have rights at all.

As for the treason charges, it's by no means clear that what Mr. Walker has done comes anywhere close to real treason. What he did was convert to Islam at the age of 16, go to the Middle East and live as a Muslim. Somewhere along this profound spiritual odyssey, he also wound up fighting for the Taliban in the last few weeks. But as far as can be determined, he was fighting against the Taliban's enemies, the Northern Alliance—not U.S. forces.

The Constitution, in its succinct definition of treason, defines it as consisting "only in levying war against them [the United States], or in adhering to their enemies, giving them aid and comfort." Fighting for the Taliban might be construed as "adhering" to the enemies of the United States—if Mr. Walker had been fighting against us. But you also need two witnesses to prove a charge of treason, and that's another problem in itself.

If it's real treason you want, you don't have to go to Afghanistan. There's plenty of it in this country, dating from at least the 1960s, when such patriots as Jane Fonda and her regiment of Viet Cong sympathizers openly propagandized for a communist victory against American troops. There was never any question that the U.S. government regarded North Vietnam and its surrogates in South Vietnam as "enemies," and there's no question either that Miss Fonda and her pals "adhered to" them and gave them aid and comfort.

Hanoi Jane even went to North Vietnam and broadcast messages to American troops urging them not to fight. After World War II, "Tokyo Rose," William Joyce ("Lord Haw Haw") and American poet Ezra Pound were all tried for treason for doing much the same thing, though only Joyce was executed. But there were hundreds or thousands of others in the Vietnam era who, just as clearly, gave aid and comfort to the enemy in this country, at a time when the enemy was actually killing American soldiers.

Yet not one of the real traitors involved in "protesting against the Vietnam war," as the media liked to call their efforts to subvert anti-communist forces and defeat their own country, ever faced charges of treason. Years ago, a former Justice Department official told me that his colleagues did consider charging Miss Fonda with treason but didn't do so because they couldn't come up with the required two witnesses to her broadcast. Maybe not—the witnesses against her could only have been North Vietnamese who happened to be with her during the broadcast—but there are plenty of others who saw and heard her comrades beating the drums for the enemy in city streets and on college campuses.

At least Mr. Walker, for all his weird religious meanderings, actually took up arms and fought for something he believed in, unlike the Viet Cong's American fifth column that got no closer to combat than smashing the windows in the dean's office and pouring chicken blood on the ROTC building. Even outright terrorists of the 1960s, like "Weather Underground" leaders Bernardine Dohrn and her husband Bill Ayers, are now lawyers and college professors.

A few months ago, the New York Times carried a story about Mr. Ayers, now a "distinguished professor of education at the University of Illinois at Chicago," while his wife, Miss Dohrn, who once crowed in admiration of Charles Manson and his murder of actress Sharon Tate, is director of the Legal Clinic's Children and Family Justice Center at Northwestern University. "I don't regret setting bombs," Professor Ayers smirked. "I feel we didn't do enough." [VDARE.COM note: Professor Ayers can be reached by email at bayers@uic.edu, Professor Dohrn at b-dohrn@law.northwestern.edu. Professor Dohrn's biography and CV have surprising gaps in them, stemming from her years as a fugitive from justice.] The date the story ran in the Times was September 11th.

Mr. Walker or whatever his name is this week may or may not have committed treason against the United States in Afghanistan, but even if he did, whatever treason he committed didn't harm this country or anyone in it.

When the same government now "waging war against terrorism" halfway around the world settles a few scores with the real and unrepentant traitors who actually helped communists win wars in Indochina and the terrorists that helped them, then we can worry about small fry like Mr. Walker.