Ann Coulter: Everything Said About Trump's "Muslim Ban" Is A Lie...Including That It's A Muslim Ban

Everything said about President Trump's "Muslim ban" is a lie—including that it's a Muslim ban. 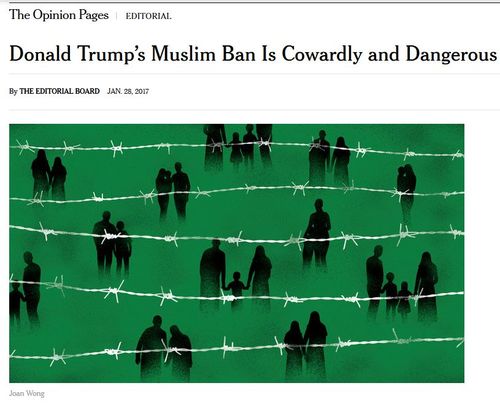 Amid the hysteria over this prudent pause in refugee admissions from seven countries whose principal export is dynamite vests, it has been indignantly claimed that it's illegal for our immigration policies to discriminate on the basis of religion.

This is often said by journalists who are only in America because of immigration policies that discriminated on the basis of religion. 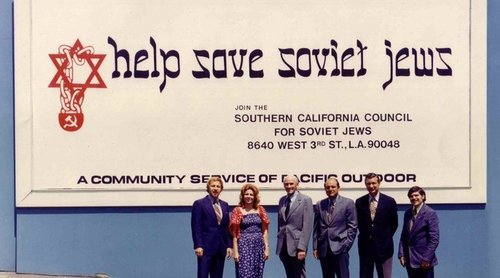 For much of the last half-century, Soviet Jews were given nearly automatic entry to the U.S. as "refugees." Entering as a refugee confers all sorts of benefits unavailable to other immigrants, including loads of welfare programs, health insurance, job placement services, English language classes, and the opportunity to apply for U.S. citizenship after only five years.

Most important, though, Soviet Jews were not required to satisfy the United Nations definition of a "refugee," to wit: someone fleeing persecution based on race, religion or national origin. They just had to prove they were Jewish.

This may have been good policy, but let's not pretend the Jewish exception was not based on religion.

If a temporary pause on refugee admissions from seven majority-Muslim countries constitutes "targeting" Muslims, then our immigration policy "targeted" Christians for discrimination for about 30 years.

Never heard a peep from the ACLU about religious discrimination back then!

According to the considered opinion of the Cato Institute's David J. Bier (right) writing in The New York Times, Trump's executive order is "illegal" because the 1965 immigration act "banned all discrimination against immigrants on the basis of national origin.”

The 1965 law, quite obviously, did not prohibit discrimination based on national origin. (I was wondering why the Times would sully its pages with the legal opinion of a Grove City College B.A., like Bier! Any "expert" in a storm, I guess.)

In fact, ethnic discrimination is practically the hallmark of America's immigration policy—in addition to our perverse obsession with admitting the entire Third World.

Commenting on these ethnic boondoggles back in 1996, Sen. Orrin Hatch said: "We have made a mockery" of refugee law, "because of politics and pressure." We let in one ethnic group out of compassion, then they form an ethnic power bloc to demand that all their fellow countrymen be let in, too.

That's our immigration policy—plus a healthy dose of Emma Lazarus' insane idea that all countries of the world should send their losers to us. (Thanks, Emma!)

The Muslim immigrants currently being showcased by the left are not likely to change any minds. The Times could produce only 11 cases of temporarily blocked immigrants that the newspaper would even dare mention. (Imagine what the others are like!)

For purposes of argument, I will accept the Times' glowing descriptions of these Muslim immigrants as brilliant scientists on the verge of curing cancer. (Two of the Times' 11 cases actually involved cancer researchers.)

Point one: If the Times thinks that brilliance is a desirable characteristic in an immigrant, why can't we demand that of all our immigrants?

To the contrary! Our immigration policy is more likely to turn away the brilliant scientist—in order to make room for an Afghani goat herder, whose kid runs a coffee stand until deciding to bomb the New York City subway one day. (That was Najibullah Zazi, my featured "Immigrant of the Week," on May 1, 2012.)

Point two: I happened to notice that even the stellar Muslim immigrants dug up by the Times seem to bring a lot of elderly and sickly relatives with them. Guess who gets to support them?

by culling all the news stories about these crimes over a one-month period and listing the perps' names.)

Point three: Contrary to emotional blather about the horrors refugees are fleeing, a lot are just coming to visit their kids or to get free health care. One of the Times' baby seals—an Iraqi with diabetes and "a respiratory ailment"—was returning from performing his responsibilities as an elected official in Kirkuk.

That's not exactly fleeing the Holocaust.

While it's fantastic news that most Muslim refugees aren't terrorists, the downside is: They're not refugees, they're not brilliant, they don't have a constitutional right to come here and they're very, very expensive. Until politicians can give us more government services for less money, they need to stop bringing in the poor of the world on our dime.