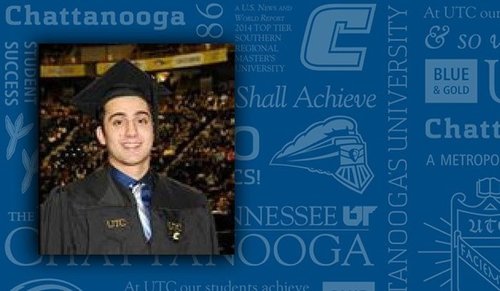 Chattanooga Murders Are Explained As Jihad

Today the conversation continued about the attack of a Muslim immigrant on military people in Tennessee yesterday. Many media suits have scratched their heads in confusion about what the possible motive might be. Meanwhile, jihad murder is an activity that happens every day, and is in fact occurring at a more strenuous level because of the month-long holiday of Ramadan when the killings count for more on the big Islam scorecard.

The identities of the four murdered Marines were revealed today.

JihadWatch’s Robert Spencer appeared on Fox Friday morning to sort out the evidence regarding the killer’s motive:

STEVE DUCEY: Robert, was this guy on a jihad?

ROBERT SPENCER: Oh I don’t think there’s any doubt about that whatsoever. Look, the Islamic State made a call to people in the west to attack military personnel; that’s exactly what he did. They make a call to devout Muslims on the basis up Islamic principles and on the basis of grievances, where they say look, the infidels have done this so to us; they’ve done that to us. We have to strike back.

And this guy is a man who put a grievance in his high school yearbook* — that’s the place where he’s supposed to sum up who he is and what he’s all about and he puts a complaint and it’s exactly the kind the complaint that the Islamic state uses to try to exhort devout Muslims, as all his friends say Abdulazeez was, to commit jihad attacks.

DUCEY: Okay, in his yearbook he put this up, “My name causes national security alerts. What does yours do.”

Also three days before he apparently murdered these marines in Tennessee yesterday he updated his blog post and he wrote this, Robert, “Brothers and sisters, don’t be fooled by your desires. This life is short and bitter and the opportunity to submit to Allah may pass you by.”

Now I look at that, I don’t know exactly what that means. You look at this, you study this: what does it mean to you?

DUCEY: Robert you know the administration and law enforcement now seeing this guy, if he was a terrorist, he was never on their radar but isn’t that how ISIS is operating these days? You know, they find somebody who’s got a clean record and then they radicalize them through Twitter and Facebook and everything else.

SPENCER: Yeah, absolutely. Look, they have a whole manual called How to Survive in the West, and it says the try to blend in as much as possible. Don’t appear to be overtly Muslim, don’t carry around the koran, don’t have a long beard, don’t wear kaftan. Wear western dress. Don’t give anybody any indication that you might be somebody who would do something like this.

And we see it again and again after these attacks, that all the friends say, well this is the last guy I woulda thought would have done something like this. That’s exactly what ISIS wants.

DUCEY: And that is exactly what this guy’s neighbors told us live on this program an hour ago.

*Below is the whiney high school yearbook statement Abdulazeez made. Nothing like fulfilling his own complaint. 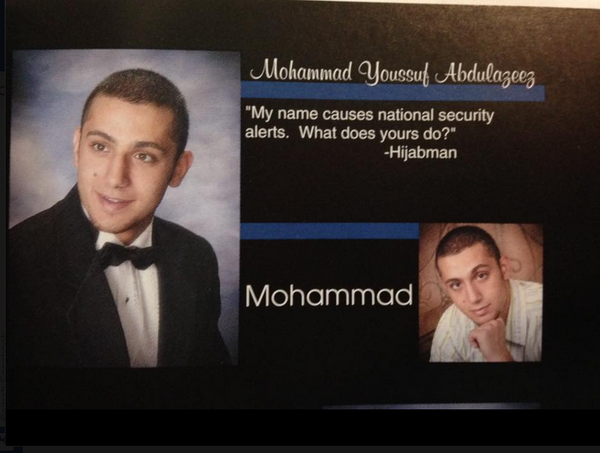 See more from Spencer on this case: Chattanooga Shooter Marinated in Self-Pity Over ‘Islamophobia’.