FEDERALE Has A Dream! Suppress Sedition—With The Aid Of Red State California!

The violent suppression of Milo Yiannopoulos' appearance at Berkeley with the obvious connivance of the university authorities (n.b. no arrests) is that latest sign that things are moving fast in Civil War Version 2.0.  VDARE.com’s eminent John Derbyshire still thinks it won’t happen because “our society is much too fat and soft” and anyway the levers of power are in the hands of the Cultural Marxists. But  VDARE.com Editor Peter Brimelow, looking at the Inauguration Day riots, concluded “it will come to blood.” Federale says: it will happen, sooner than you think, and it will be a beautiful blow-out.

Unlike the Civil War 1.0, the War Between The States, there is no one actually willing to fight and die on the Cultural Marxist/ CalExit side of this war.  Perhaps they might recruit from the Bureau of Alcohol, Tobacco, Firearms, and Really Big Fires, but I think Waco changed everything, and the jackbooted government thugs know they can't win.  The Rules of Engagement have changed. And they won't die for Sergey Brin, Tim Cook, and Mark Zuckerberg.

I warned that this was coming. Federale was a voice in the wilderness.  But it is happening, right before our eyes.

However, it won't be as fun as Version 1.0, which gave us the bravest of men on both sides: Mosby, Custer, Jackson, Lee, and Sherman.  There are few men today to match these giants, and certainly none on the CalExit side. Does anyone think that Russian Jewish immigrant Sergey Brin will be taking up arms or laying his life down for Muslim terrorists? How sharp than the serpent's tooth is the treason of immigrant refugees.

Just ran into Sergey Brin at #SFO too – same story: here in a personal capacity, not giving comment.

Nevertheless, the State of California has decided to undertake what is called in the law enforcement business the “overt acts” demonstrating conspiracy to commit treason and sedition.

For the uninitiated, a criminal conspiracy is an agreement between two or more person to commit an illegal act, and, most importantly, take an “overt act” in furtherance of that conspiracy. Merely big talk about a crime is not enough.  Any affirmative act, including a legal act, that furthers the conspiracy is that overt act.

An example often given at the Federal Law Enforcement Training Center (FLETC) to newly minted Federal law enforcement officers: Two people agree to rob a bank.  They need a get-away car.  One of the two says he will buy a car to provide the get-away ride.  That is the overt act in furtherance of the conspiracy, and consequently sufficient for the bringing of criminal charges.

The State of California has decided that it will become the Opposition to President Trump.  And by opposition, it means sedition and treason.

Officials in California just announced that the state is considering not forwarding the revenue due to the Federal government from income tax payment from State employees:

SAN FRANCISCO (KPIX 5) – The state of California is studying ways to suspend financial transfers to Washington after the Trump administration threatened to withhold federal money from sanctuary cities, KPIX 5 has learned.

Officials are looking for money that flows through Sacramento to the federal government that could be used to offset the potential loss of billions of dollars’ worth of federal funds if President Trump makes good on his threat to punish cities and states that don’t cooperate with federal agents’ requests to turn over undocumented immigrants, a senior government source in Sacramento said.

[California Could Cut Off Feds In Response To Trump Threats, by Melissa Caen, CBS 5, January 27, 2017]

This is eerily similar to the refusal of Southern States to remit customs duties to the U.S., which precipitated the War Between The States—or the Civil War as it is known to Cultural Marxists, who previously claimed it established the principle that the Union is indivisible. 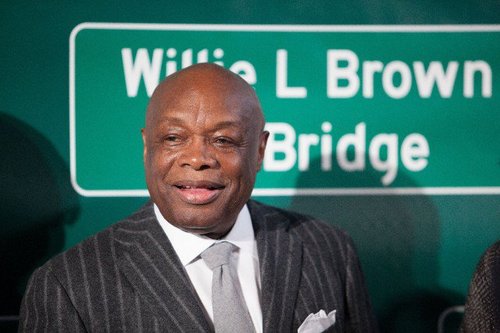 “California could very well become an organized non-payer,” said Willie Brown, Jr, a former speaker of the state Assembly in an interview recorded Friday for KPIX 5’s Sunday morning news. “They could recommend non-compliance with the federal tax code.”

This is withholding of funds is the “overt act” that will support charges of treason and sedition, codified in 18 United States Code (USC) Section 2381, Treason, 18 USC Section 2384, Seditious Conspiracy, 18 USC 2383 Rebellion or Insurrection, and 18 USC 2382, Misprision of Treason.

If the measure gets on the ballot and gains approval by a majority of voters, it would repeal clauses in the California Constitution stating that the state is an "inseparable part of the United States" and that the U.S. Constitution is the "supreme law of the land," according to the title and summary prepared by the state attorney general's office.

The measure would place another question on the ballot in 2019, asking whether California should become a separate country. If at least half of registered voters participate in that vote, with at least 55% of those voting to approve, the results would be treated as California's declaration of independence.

So what is President Trump to do?  First, he can bring criminal charges, which won't be that difficult.

Note that the capital of the State of California, Sacramento, is in the midst of what some call Red California—meaning those Republican counties in otherwise Democrat-run California. (Sort of like West Virginia in Civil War I). This means the United States Attorney's Office for Eastern District of California will draw juries from a largely white Republican population. 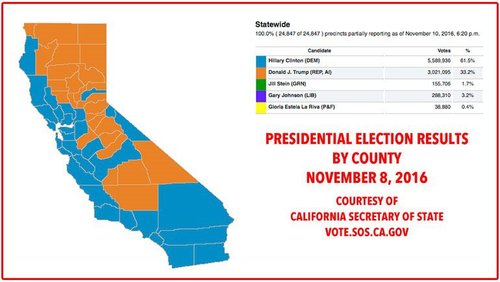 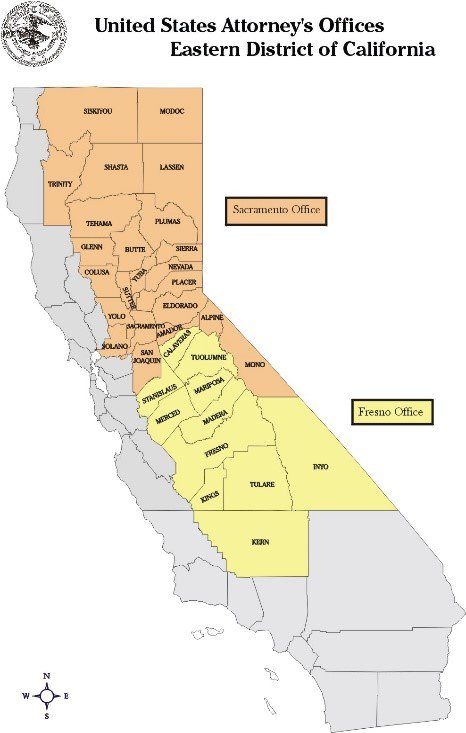 The Eastern District Of California

Now let’s get imaginative!  Legality and legal procedure are not the only options President Trump has, and before him President Lincoln had, when faced with rebellion and sedition.

President Trump could also suspend habeas corpus, as President Lincoln did. He could order the arrest and indefinite detention of Governor Jerry Brown, Sergey Brin, Mexiformians Alex Padilla, Kevin De Leon, and Ricardo Lara, as well as traitors Ed Lee and Gil Garcetti, sending them to the custody of the Joint Task Force Guantanamo Bay, just as Maryland state officials were held at Fort McHenry for the duration of the War Between The States. 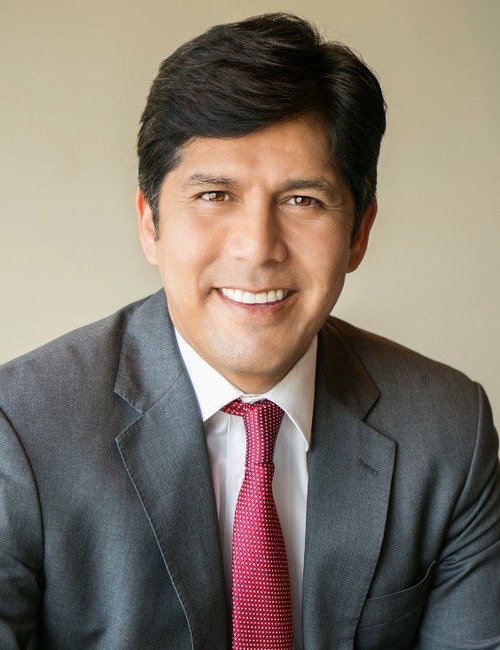 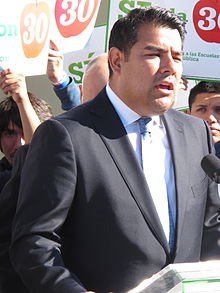 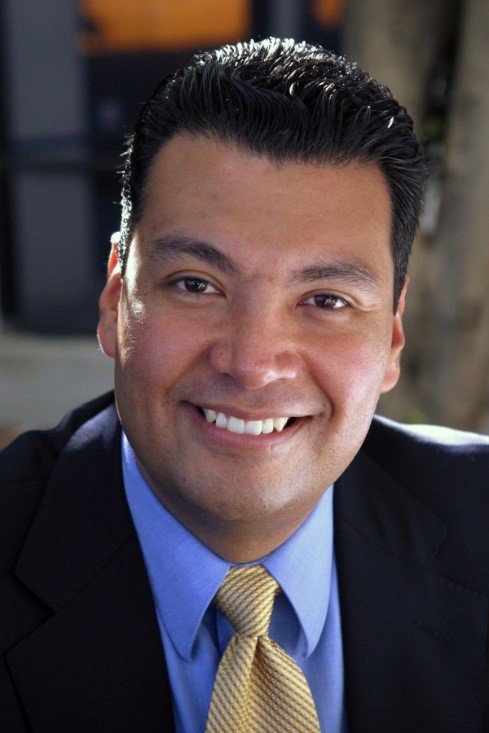 Furthermore, once California is in rebellion, just as Lincoln called forth the Militia to suppress the rebellion, so could President Trump. He could order a General Sherman to launch a March To The Sea, which would be much shorter than the first March To The Sea, as only the coastal counties of California will need to be subdued.

The campaign would be short. There will not be much effective resistance from the homosexuals, trannies, academics, and computer nerds of Palo Alto, Berkeley, San Francisco, and Los Angeles.

And since the most of the California National Guard, California Highway Patrol, police departments, and sheriff's offices are made up of the White (and “White Hispanic”) Republicans so denigrated by the California elite, there will be intense support.

Treason and sedition trials will quickly follow, with those not shot outright in combat quickly executed after trials in the field by the once denigrated white heterosexual Californians and Union military forces.

Another benefit: the rebellious counties, like the Confederate States, will not be authorized to send representatives to Congress.  California will only have elections in the Republican counties. So long two Democrat Senators, hello Republican Senators!

This would be the end of the national Democrat Party, so dependent on California votes and California money.

Google, Facebook, Apple, and Twitter could be seized by the Federal government, and their owners, shareholders, officers, and employees financially disenfranchised, with Eric Trump and other patriots appointed their Chief Executive Officers.

Of course, all illegal aliens could be expeditiously removed, but most will probably run to Mexico to avoid the ferocious battles.

Overall, the Cold Civil War will become hot soon. And it will be beautiful!  I for one will welcome our Union overlords!

I have a dream!