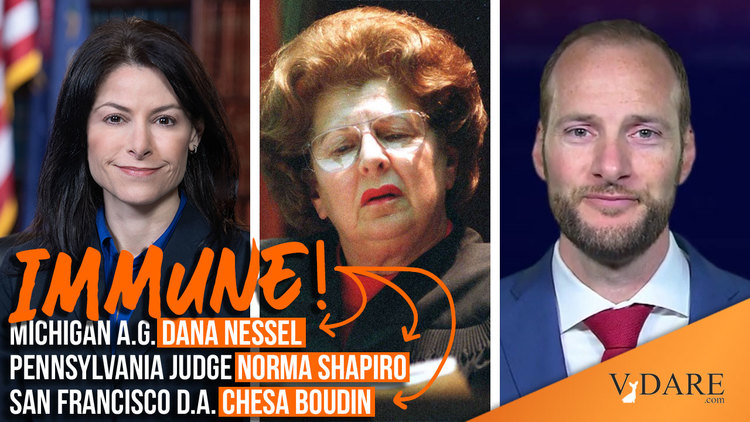 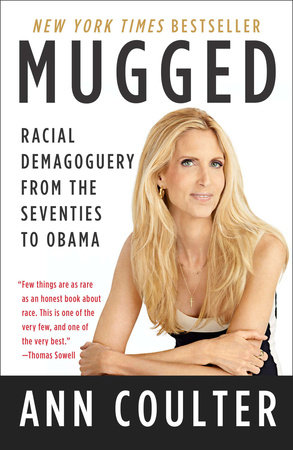 In the left’s ongoing war on the police, their plan to strip cops of qualified immunity is among the most preposterous. The sole objective is to jam up cops and make them more passive.

Liberals act as if qualified immunity is some extra-special benefit bestowed only on police, unheard of in any other line of work. Michigan’s power-mad Attorney General Dana Nessel says, “We’re not asking that police officers even be held to a higher standard than other professions, just to the same standard as other professions.”

How about you, Dana? Can you be sued?

No, but that’s different.

Indeed, the Michigan attorney general doesn’t have mere “qualified immunity” from civil suits: She has absolute immunity. Unlike police officers, even if Nessel violates clearly established constitutional rights, she cannot be sued.

If Nessel is so hot to hold police “just to the same standard as other professions,” how about holding them to the standard she’s held to? Why does she get bonus immunity?

If anything, it should be the reverse. Who’s more likely to be up-to-date on “clearly established” law? A state attorney general who went to law school and sits around all day, thinking deep legal thoughts—or a beat cop?

In fact, throughout the criminal justice system, it’s always the lawyers who get “absolute immunity”—judges, prosecutors and defense attorneys. Only the guys on the street, having to make split-second decisions while battling lunatics, can ever be sued for violating someone’s constitutional rights.

Liberals aren’t harping about qualified immunity for police because they believe all government employees should be subject to civil rights lawsuits. This is a laser-focused attack on cops. If they can’t defund them, liberals at least want the police broken as a force. They remember how Rudy Giuliani cleaned up New York City in the ’90s and think: NEVER AGAIN.

As long as they brought it up, if anyone deserves to be stripped of immunity, it’s prosecutors. They went to law school. They allegedly represent “the people.” They’ve got enormous power and, lately, they are the greatest threat to the public’s liberty and safety.

How about allowing San Francisco business owners to sue the laughably unqualified, George Soros–sponsored DA, Chesa Boudin? Instead of prosecuting crime—technically, his job—he decided not to prosecute crime. As night follows day—or crime follows Soros DAs—local stores were emptied of their inventory by carefree shoplifters carting away loot in laundry bags and shopping carts.

Same with the other Soros-backed DAs in Philadelphia, Los Angeles and elsewhere.

How about allowing Harvey Weinstein’s #MeToo victims to sue New York District Attorney Cyrus Vance? Back in 2015, after heroic policemen staged a sting on the Hollywood mogul, obtaining an audiotape of Weinstein virtually confessing to sexual assault, Vance refused to prosecute. (On the other hand, he did get a sizable campaign contribution from Weinstein’s lawyer!)

Vance’s corrupt decision to let Weinstein skate allowed the corpulent beast to continue his predations for another few years. He’d be molesting aspiring starlets to this day if it weren’t for Ronan Farrow’s expose.

How about judges who let criminals go free, enabling their subsequent violence—with no accountability to victims?

In the 1990s, a Carter-appointed judge imposed a prison cap on Philadelphia. Within an 18-month period, released prisoners had been re-arrested for 79 murders, 90 rapes, 701 burglaries, 959 robberies, 1,113 assaults, 2,215 drug offenses and 2,748 thefts, according to a study by professor John Dilulio, then at Princeton.

People’s lives were destroyed because of Judge Norma Shapiro. But could the victims sue? Nope! As a judge, Shapiro had absolute immunity from lawsuits over the inevitable consequences of her rulings.

And why stop at the justice system? All government employees have some form of immunity. What about social workers who allow kids under their care to be chained to radiators, starved, burned or beaten to death?

Remember James Holmes, who shot up a movie theater in Aurora, Colorado? A couple of months before his massacre, he was rambling on about his homicidal fantasies to a social worker and a state psychiatrist. They did nothing to warn the public, though the psychiatrist was terrified enough of Holmes to make sure his university access card was deactivated, so he couldn’t get at her.

These state employees had ample time to cogitate on Holmes’ threats. Compare that to a police officer, making a life-or-death decision in subduing a complete stranger.

How about teachers? Forget suing them—liberals want teachers who molest kids to be unfireable.

New York City famously warehoused pervert teachers in “rubber rooms.” They couldn’t be around students (on account of having sexually assaulted them), but they also couldn’t be fired. One teacher collected $1.7 million by showing up to “work” in the rubber room for 20 years, his annual salary soaring to $131,881 for doing nothing.

Rather than eliminating the limited immunity accorded police officers, we should be making other government employees play by the same rules as cops: qualified immunity—and the possibility of being fired.  As A.G. Nessel would say, just like other professions.