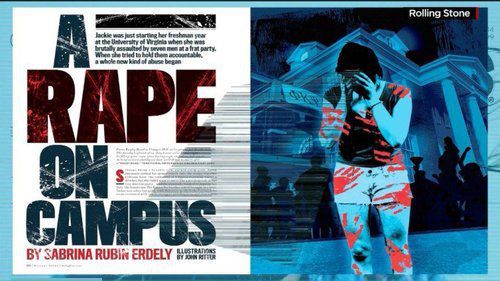 My discovery from her deleted blog that Sarah Jeong just couldn’t stop believing in the Duke lacrosse and UVA Haven Monahan gang rape fantasies about tall handsome white jocks even after they were thoroughly debunked raises an interesting question that iSteve commenter Irish Paleo explores:

Serious question: does a disproportionate number of third wave feminists experience rape fantasies and is this driving the moral panic about this phantom enemy of “rape culture”?

A lady who worked in South County Dublin libraries in the 1970s when Ireland was ground zero for borderline theocratic Catholic conservatism told me about people who used to regularly accost librarians with over the top complaints about “filth” and “indecency” in novels. They would frequently have pages tabbed and the offending sections underlined and force the poor librarians to listen to each and every offending passage, word for word. It eventually became clear to the staff that most of these people were in fact unhealthily turned on by the material and complaining about its supposed indecency was an excuse to constantly read and repeat it whilst feeling a false sense of virtue.

1. The fundamentally correct observation that chick lit genres like Fifty Shades are basically thinly veiled rape fantasies where the reader gets to fantasize about getting an alpha male so hot under the collar that he loses control of his impulses and bursts upon her; and

2. Sailer’s first law of female journalism, which is another right on the money observation about female journalists being, with ever rising frequency, being obsessed with recasting the social order to make themselves rank higher in the hotness hierarchy.

How do the two interact? It strikes me that the typical third wave feminist is basically a classically intellectually vapid and slightly sex mad Mills & Boon trashy novel reading type who isn’t hot enough to visualize herself as the object of the alpha male’s uncontrollable lust and who dons a mantle of pseudo intellectualism and engages in confected rape hysteria as an excuse to make slightly steamy references to her body and of the male sex’s perverted desire to invade it – remember the late Andrea Dworkin’s obsession with the idea that men had nothing better to do than jump on her sweaty, dungaree-clad 200 pound firm?

I suspect that one reason for this crap becoming so much more prominent in our culture is, quite simply, the fact that with the media’s profitability in free fall, it’s much harder for the like of the Times and the Post to compete for graduate talent with law and accounting firms, Wall Street, Silicon Valley etc, meaning that the typical younger journalist like Ezra Klein or Ronan (née Satchel) Farrow is a resentful mediocrity who couldn’t hack it in a more lucrative field and has journalistic interests which are trivial and pedestrian (an effect which is only amplified by the resentment they feel towards those who are smarter, hotter etc.).

Overall, I suspect that the likes of the Sulzbergers are privately humiliated by being forced to scrape this particular quality barrel in order to stay solvent but what can they do? Appealing to smart readers with smart journalists is just too expensive so they have to make do.