My personal Ground Zero for Obama/ Rubio Amnesty/ Immigration Surge bill: On the Rockaway Peninsula, where we live, Hispanic immigrants and their families have taken over a public beach in an area that is over 90 percent working class white.

Prior to Hurricane Sandy, my son and I would often walk the now-washed-away boardwalk and pass by the beach, at Beach 116th Street. Little Hispanic boys as young as eight years old would stare daggers at us, as if we were trespassing on their property.

These people had come from as far away as the Bronx, on the A train and the Q53 bus, which terminate there.

Of course, if we went to a public park in “their” neighborhoods, we’d be taking our lives in our hands.

A luxury condominium building, the Ocean Grande, was built in 2006 at the corner of the boardwalk and Beach 116th to 117th streets. Before the first Minority Mortgage Meltdown in 2008, the Ocean Grande’s penthouse apartments were selling for $1.5 million each. The selling point: not just the view, but the leisure of being able to walk out the boardwalk door to the beach, a mere 20 feet away.

The apartments were initially sold during the offseason, when the beach was bare except for local whites jogging and walking their dogs. A picture currently sells the same image of blissful, solitary jogging.

A realtor’s current ad picture for Ocean Grande: “A slice of shore-life paradise…”

But when the summer came, the Ocean Grande’s homeowners had a rude awakening. They couldn’t use their own beach. Ninety-five percent of the beachgoers were hostile Hispanics, with a smattering of blacks.

For years, people who work nearby have complained to me that there are fights on the beach every hot day (the gangs stay away on moderate summer days) and occasional gunfire; and that the young Hispanics cause nothing but trouble in their businesses, spend little money there, and drive away regular customers.

More recently, the Hispanics seized Beach 117th and 118th streets, as well. Last summer, they stretched their stranglehold into the 120s.

There have been two types of Main Stream Media [MSM] responses to the Hispanic takeover of the beach.

Thus in 2008, Daily News columnist Denis Hamill wrote a Bizarro World column in which he complained of the “racism” whereby the city staffed “white” beaches with more lifeguards than “black” beaches.[ Beach disparity in Rockaway is a black and white issue, August 11, 2008,] He acted as if Beach 116th Street were a “mostly minority” area. (See this rejoinder),

Gangs and Hispanics are inseparable. Hispanics seem to have a collectivist mentality, in which joining gangs is the norm.

And we are seeing it here in the Rockaways. Last year, The Wave columnist Beachcomber reported that MS-13 markings have been found on Beach 113 Street and quoted the FBI describing the gang as “the most vicious gang in the nation.” And police finally caught an illegal alien, the last of three MS-13 members involved in an earlier gang killing on Beach 12th Street [MS-13 Gangbanger Busted In 2010 Beach Slay, By Howard Schwach, March 6, 2012] 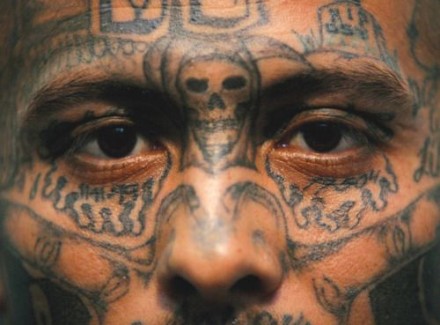 MS-13 is based in El Salvador. Until recent years, it admitted only Salvadorans as members. However, the clamor to join the gang is now so great, and the opportunity to expand its murder-based power and wealth so attractive, that it has begun admitting “immigrants” from other Hispanic countries.

The seizure of public land is much further along out West, where Hispanics, many of them illegal aliens, have taken over and destroyed city parks in Los Angeles—turning them into variously filthy, despoiled picnic areas and open-air crime markets for the sale and purchase of fraudulent IDs, so that illegal criminal invaders can steal the identities of American citizens.

Swaths of national parks have been seized by drug gangs, who despoil them with the industrial farming of drugs, and who have sought to murder American campers merely for wandering onto “their” turf. Many American parks are already no-go zones for Americans.

One of the ways an insurgent group wages race war is through violently seizing public space, and eventually, running whites out of their own communities. If the attacking group is “diverse,” tenured racial socialists use the sanitized language of “neighborhood succession” to hide the violent reality. Should the white victims fight back, the tenured racial socialists will damn them as “racists,” “white supremacists,” etc. And if the police do their job, in fighting the Hispanic gang-bangers seeking to take over their cities, an alliance of outraged gang-bangers and their families, the MSM, and racial socialist white activists declare war on them, as I reported last summer in the case of Anaheim CA (here and here).

Not surprisingly, it was by a 15-year-old gangbanger, Herbert Pulgar Jr. a member of the Maniac Latin Disciples.

Herbert Pulgar Jr. and his proud mother, Jessica Loor. Even after the gig was up, the shameless Loor continued pushing her cover story, whereby Junior’s design had nothing to do with his gang.

Herbert was attending “a school for troubled youth,” whose officials shamelessly acted as if he were a poor, misunderstood victim:

“As you can imagine our student, his mother, and art teacher Janice Gould are devastated by this news. This was such a positive moment in this young man’s life. The community of staff, volunteers and supporters will continue to recognize and celebrate the accomplishments of the youth we serve,” said Jill Watson, Director of Communications at Lawrence Hall Youth Services.

Gang-banger Herbert Antonio Pulgar Sr., 43, is wanted by the FBI: “for conspiracy to distribute more than 50 grams of mixtures containing cocaine base in the form of crack cocaine.”

City Clerk Susana Mendoza said she would personally pay the cash prize to the young gang-banger anyway, as she didn’t want him to be “discouraged.”

It took a local Chicago blogger to expose what was going on [Whoa! Is This True?, Second City Cop, February 7, 2012.] But the local MSM refused to link to the blogger and city officials retaliated by getting the supposedly “independent,” Chicago Better Government Association to investigate and publicly “out” him, allegedly a cop on disability. [Chicago Cop Blogger Under Fire For Exposing the Truth , CrimefileNews.com, August 30, 2012](He denied it, but the blog—name NSFW—has fallen silent, and has been offered for sale.)

No surprise. The MSM doesn’t want to know about Hispanic gangs—it prefers to spin SPLC-fuelled fantasies about the “white supremacist” Aryan Brotherhood of Texas, a white, prison-based gang of perhaps 2,500 members recently “suspected” of murdering two prosecutors in Kaufman County, Texas. (See my April 7 VDARE report, Murderous White Supremacists Running Amok—or MSM “Journolists” Running Amok? I was right—the suspect has now turned out to be a white justice of the peace, Eric Lyle Williams, who had been convicted by Hasse and McLelland for burglary and corruption. But instead of mea culpas, the national MSM has just gotten very quiet.)

In fact, the ABT is dwarfed by more dangerous prison gangs in Texas, all of which are Hispanic:

Other national Hispanic gangs include:

The fruits of Reconquista diversity extend to making schools and even colleges gang turf.

Schools: Many public schools that have been taken over by Hispanics are gang-dominated, have major fights daily, and constant riots.

College: When I taught English as a Second Language at the City University of New York’s “bilingual” (read: Spanish-language) Hostos Community College in 1995-1996, the staff’s union newsletter reported that the school administration had its own goon squad, including staffers and even security guards that terrorized people.

The state-of-the-art study on race and crime, the New Century Foundation/American Renaissance The Color of Crime, reported that “Hispanics commit violent crimes at roughly three times the white rate,” and “are 19 times more likely than whites to be members of youth gangs.”

More recent reports put the Hispanic proportion of gang-bangers nationally at almost half, even though Hispanics are supposedly only 16% of the population. [National Youth Gang Survey Analysis–Demographics]

The notion that amnestied Hispanic criminal invaders will improve, assimilate, and join the American mainstream, the way white immigrants did from 1924 onward, is a racial fairy tale. The reality is that, unlike the whites of 100 years ago, the current Hispanic invaders are irredentists who have a low average IQ and a high average crime rate, who embrace crime and worship criminal saints.

If this latest Amnesty/ Immigration Surge bill passes, the historic American nation will find themselves prisoners in what until recently was their country.

Only the rich will still live in peace, in their gated communities.

But their guards had better be good.

Nicholas Stix [email him]  is a New York City-based journalist and researcher, much of whose work focuses on the nexus of race, crime, and education. He spent much of the 1990s teaching college in New York and New Jersey. His work has appeared in Chronicles, The New York Post, Weekly Standard, Daily News, New York Newsday, American Renaissance, Academic Questions, Ideas on Liberty and many other publications. Stix was the project director and principal author of the NPI report, The State of White America-2007. He blogs at Nicholas Stix, Uncensored.