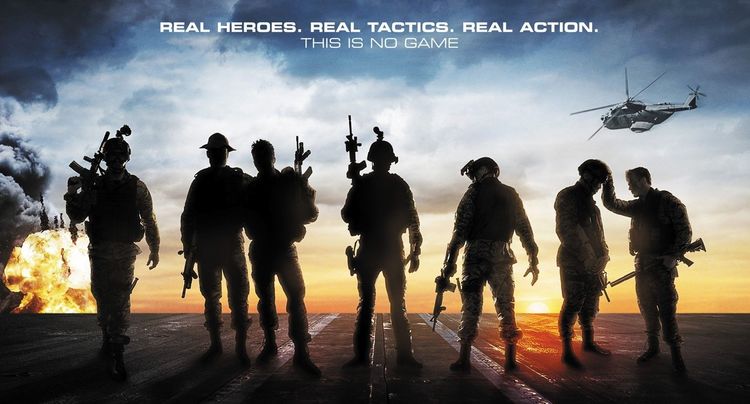 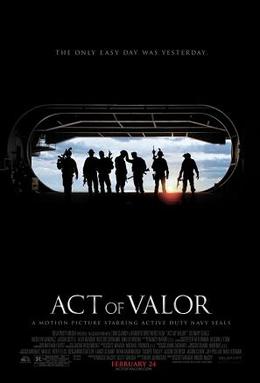 "We got him." The triumphant moment of President Barack Obama's time as Commander-in-Chief came when he announced the successful mission by Navy SEALs to take out Osama Bin Laden. It was spontaneously celebrated by Americans of all political leanings. It gave Obama a card that no Republican can match.

Footage of Americans celebrating the Navy SEALS’ success is compelling to anyone interested in "The National Question". You see a genuine outpouring of patriotic emotion in the wake of the 9/11 mastermind's death. For a moment, it was possible to believe that United States of America was still a serious nation—instead of a dissolving empire ruled by unelected judges and tyrannical Department of Justice bureaucrats bent on, in Peter Brimelow’s words, "electing a new people."

Obama has wrapped himself in the mantle of the SEALS. This unit has become the face of his Administration's defense strategy. [CBS News, January 26, 2012] Thus it was a Navy SEAL operation that freed Danish national Poul Hagen and American Jessica Buchanan who were held captive by Somalia terrorists in January, 2012.

Now, just in time to capitalize on this new-found fame, Act of Valor, a Hollywood-produced film opens February 24.

Featuring actual active-duty Navy SEALs, Act of Valor is the type of action movie that puts to shame the Sylvester Stallone/ Chuck Norris/ Arnold Schwarzenegger super-hero caricatures from the 1980s. These SEALs are the real deal, who risk their lives in thankless missions around the world and don’t get to utter a quotable one-liner before they dispatch the villain.

The plot of the movie will be of great interest to VDARE.com readers. Muslim terrorists cross our poorly-defended Mexican border to launch attacks on US cities. Cue the Navy SEALs to stop them. [Review: 'Act of Valor' an awed ode to Navy SEALs,  By Jake Coyle, AP, Thursday, February 23, 2012]

In reality, of course, although our southern border is certainly an easy entry point, neither Obama nor any other US President is likely to send any military unit (let alone the SEALs) to protect our interests.

After all, these illegal aliens represent future votes for the Democratic Party—and cheap labor for the Big Business donors to the Republican Party.

But there is a problem. Unfortunately for President Obama, in wrapping himself in the SEALs mantle, he is embracing perhaps the whitest unit in all of the U.S. military.

Edging out fighter pilots, the members of the Navy SEALS—and, for that matter, all U.S. Special Forces Units—are the most embarrassingly white group of government employees in America.

This phenomenon, which of course is the inevitable result of the military’s reliance on objective testing, has been attracting liberal lamentation for years:

These special-operations forces are the best-trained units in America’s arsenal. Using guns, knives and explosives is second nature. All are experienced paratroopers. Many speak a foreign language.

And nearly all are white…

Blacks, Latinos, Asians, American Indians and other minorities now make up 34 percent of the military, greater than the 28.5 percent minority representation within the general U.S. population.

But the picture is very different in elite units.

The greatest disparity appears in the ranks of black servicemen.

And, the Air Force’s special-tactics groups have only eight blacks in a force of 472 men, less than 2 percent. Servicewide, about 14 percent of the Air Force’s male personnel are African-American.[Closed Ranks? The Color of Commandos: Part One, By James W. Crawley, San Diego Union-Tribune, September 17, 2000]

Thankfully, under the Obama Administration, this scandalous situation is now being addressed, according to a Military Times story by a female Hispanic reporter:

“The Naval Special Warfare Center is embarking on new marketing and awareness campaigns to reach more minority candidates who have the best odds of becoming Navy SEALs in the hope that those efforts will diversity the commando force.

The campaign is the latest move by Naval Special Warfare Command to boost its recruitment of minorities, particularly African-Americans, to attend the Basic Underwater Demolition/SEAL course and follow-on SEAL Qualification Training and join the all-male community of special operators — one that historically has been largely white.

Navy SEAL training is considered among the toughest in the military, with attrition rates from BUD/S average roughly 75 percent. But efforts in recent years, including an expanded recruitment effort and retooled preparatory course at the Naval Training Center in Great Lakes, Ill., are showing signs of easing attrition of potential SEAL and special warfare combatant-craft crewman candidates.

However, overall minority numbers still remain short of existing goals, and minority representation within NSW’s officer and enlisted communities remains much lower than what is reflected in the U.S. population.

Roughly 12.5 percent of the U.S. population is black, a number expected to rise to 13 percent by 2040, according to U.S. Census predictions. But only 10 percent of SEAL officers are minorities — with blacks representing 2 percent of officers — and minorities make up less than 20 percent of enlisted special warfare operators, according to a May contract solicitation for the pilot marketing and outreach program.

The latest plan comes as top military leaders — including Chief of Naval Operations Adm. Gary Roughead and Adm. Mike Mullen, chairman of the Joint Chiefs of Staff and a former CNO — have spoken publicly about the importance of diversifying the military for the next generation, with diversity targets set for 2037. Navy SEALs seek minority candidates, By Gidget Fuentes, Military Times, November 8, 2010

Such is the desire to increase minority—primarily black—participation in the SEALs that the Navy actually awarded a Wayne State School of Business advertising class a prize for the best marketing plan for increasing diversity.

The Navy SEALs aren't the only fighting force that our Pentagon has targeted for diversification.

Becoming a Navy SEAL is perhaps the ultimate expression of manliness left in America. Thus Naval Academy fullback Alexander Teich , who ran for more than 100 yards against the University of South Carolina—a team filled with future NFL players), chose to accept offer to be one of just 28 new SEALs to come out of the academy. [Teich, the future Navy SEAL, might make you forget how sordid college sports have become, By Peter Schmuck, Baltimore Sun, November 30, 2011] Thus in August, 22 Navy SEALs were aboard a Chinook transport helicopter that was shot down in Afghanistan. Eight more members of the Armed Forces died with them. [The 30 U.S. Military Personnel In Chinook Shot  Down, Denver Post, August 12, 2011]

This is why Act of Valor is being so heavily marketed to men 18-35, with commercials and promos playing upon the well-deserved reputation of supreme bad-assness the SEALs have built.

Currently, any member of the Navy SEALs deserves respect and gratitude. They went through hell to attain the right to be called a SEAL. Through merit alone, they attained this honor.

But in Obama’s America, merit doesn't matter (does content of character even matter?) when compared to the sacred goal of inclusion, diversity and increasing the number of people of color employed.

So, if you check out Act of Valor in theaters, realize that the greatest threat that the Navy SEALs face comes, not from “terrorists”, but from those pushing diversity, inclusion, and the lowering of standards to create a racially-correct outcome.

Being “nearly all” white in Obama’s America isn't an “act of valor”—it’s an act of treason.