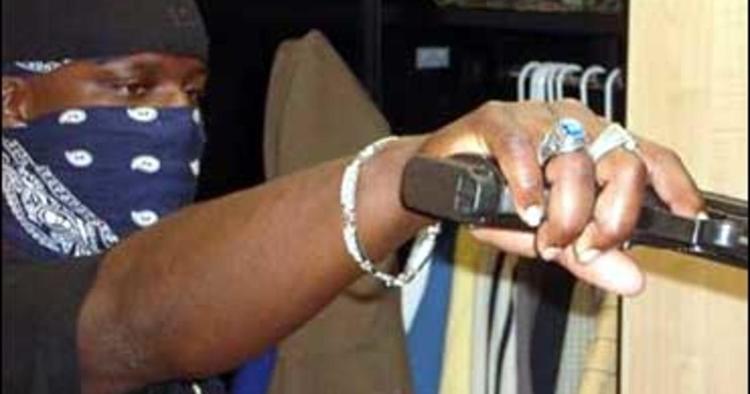 Gangs In The Military—But Not "Hate Groups"

A story from CBS News has an item about the death of an African-American soldier in a gang initiation in Germany. Gangs are getting to be a bigger problem in the military with the upsurge in recruiting caused by the war.

"Not only did I love my son - but my god - I liked the man he was becoming," his mother, Stephanie Cockrell, remembers.

But that trip home was the last time his family saw him alive.

When Johnson died, he wasn't in a war zone, he was in Germany.

Sgt. Johnston was beaten to death during a "jump-in"—a gang initiation where the new member allows himself to be beaten half to death to prove he's tough. Unfortunately, the gang members weren't very good at beating people half to death, and killed him instead.

The Stars and Stripes has good coverage of this story [Gangs in the Military] and Michelle Malkin did a story in  2005 called The Truth About That Cop-Killing Mexican Anti-War Marine, about a Hispanic gangster who was affiliated with the Nuestra Familia prison gang.

Part of the problem is that the need for more soldiers has led to lower standards—CBS says that "The rise in gang activity coincides with the increase in recruits with records. Since 2003, 125,000 recruits with criminal histories have been granted what are known as "moral waivers" for felonies including robbery and assault."

But they still have some standards:

Military regulations disqualify members of hate groups from enlisting, but there is no specific ban on members of street gangs.