Last year at this time, before the new "anti-lynching" bill had become law, I wrote that  based partly on the Jussie Smollett Hate Hoax, the Senate had passed an anti-lynching law that makes some kinds of mob violence a Federal crime, as Steve Sailer noted at the time, and again more recently, above.

These laws are aimed at entirely imaginary white violence, of a kind that hasn’t actually been seen in the US since the early Sixties.

However, as John Reid noted in a column titled New Gun Control Laws Aimed At “Bitter, Clinging” Whites, But Will Hit Blacks Hardest—As Usual, these laws will hit the kind of people who actually commit crime much harder.

And who, in 21st century America, commits lynch-mob style attacks on people? Why, it turns out to be blacks.

I wrote in 2015 that you are likely to be mobbed to death if you're involved in a fatal crash in a black neighborhood. In “Black Lives Matter”—Unless It’s Just Another Car Crash Lynching, I mentioned a several instances of this happening:

For coverage of what happened to Steve Utash (who survived, with brain damage) see Beating of White Driver by Angry Mob After He Accidentally Ran Over Young Boy Ruled Not a Hate Crime, by Ryan Gorman, Daily Mail (London), April 4, 2014. 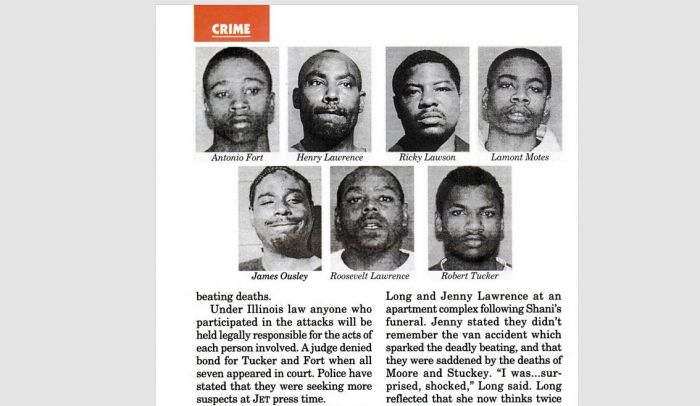 So could an attack like this be Federally prosecuted now? Well, it depends on the prosecutors. The gun control article I mentioned above quoted Bill Nettles, the Obama-appointed US attorney for South Carolina (a former public defender) as saying  "I'm not interested in picking up 18 year-olds [sic] and giving them 15 years in prison because they have a gun." We assume that "18 year-olds" means the same as "youths" or "teens".

As Steve Sailer has also pointed out, there has been a wave of anti-Semitic violence in Crown Heights, including mob attacks  that, unlike Jussie Smollett's, are visible on video, mostly perpetrated by "young men of color." Will prosecutors be willing to put these "teenagers" in jail for 20 years, or will they save up all of their energy for the extremely rare cases of white violence?