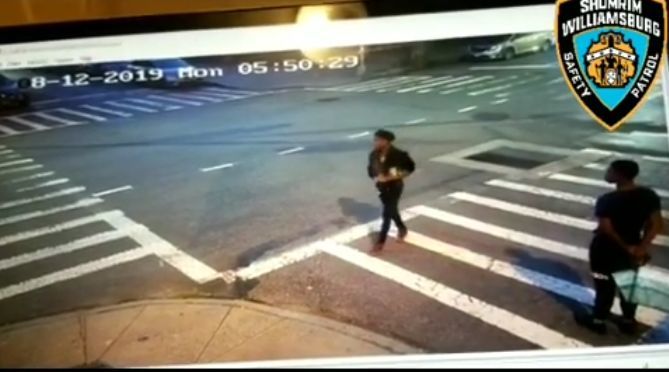 Attacks On Jews In Brooklyn—Anti-Semitic Or Anti-White?

The Algemeiner story about the latest spate of attacks on Jews by blacks in Brooklyn's Crown Heights keeps the fact that the attackers are black out of the headline, but writer David Gerstman quotes local neighborhood watch descriptions:

The men—aged 71, 67, and 56 — were separately assaulted in the Williamsburg section. In all three cases, the men were punched in the face, ordered to give the attackers their money, and then had their pockets searched.

Two of the men were taken to Bellevue Hospital Center. The third man refused medical treatment.

The teenage attackers are still being sought. Video of the alleged assailants released by the Williamsburg Shomrim — a community security organization — showed up to four young black men gathering at a pedestrian crossing.

The NYPD Chief of Detectives, Dermot Shea, urged anyone with information on Monday’s attacks to come forward.

The string of assaults in the Williamsburg section of Brooklyn came on the heels of what is being treated as an antisemitic assault on Friday night in Crown Heights for which one man was arrested and charged with a hate crime.

According to NBC 4, Kenya Dean reportedly started arguing with a 26-year-old Chassidic man about 7 PM on Friday. Subsequently, Dean broke a glass bottle, made antisemitic remarks, and sprayed an unknown substance on the victim, causing him pain.

Dean was also accused of striking a 62-year-old witness to the attack, causing minor injuries.

The police charged Dean with harassment, hate-crime assault, and criminal possession of a weapon.

Three Men Attacked On Their Way to Synagogue, As Renewed Spate of Assaults Targets Orthodox Jews in Brooklyn, by David Gerstman, The Algemeiner, August 12, 2019

I can't find a mugshot of Kenya Dean online. I assume a guy named Kenya is black until further information is available.

The news stories about this are generally illustrated with stock photographs of Jewish residents of Crown Heights,  but there's a local neighborhood watch that posts videos of supects, and they're always black:

There's a whole "Crime and Mayhem" playlist. The problem is that in Crown Heights, blacks and Jews live side by side. One point is that this is only reported as an attack on an ethnic group because the victims are Jewish. If they were ordinary white people, it would scarcely be reported at all.