The Real Reason the NYT Will Uppercase "Black" But Not "White"

Earlier: The New Childishness: “Why we capitalize ‘Black’ (and not ‘white’)” and Childishness with a Capital "B"

The Times will start using uppercase “Black” to describe people and cultures of African origin, both in the U.S. and elsewhere. Read more in this note from Dean Baquet and Phil Corbett.

At The Times and elsewhere, the nationwide protests over racism and police violence have prompted discussions about many aspects of our coverage. One element has been a renewed focus on a longstanding debate: whether to capitalize the term “Black.”

Based on those discussions, we’ve decided to adopt the change and start using uppercase “Black” to describe people and cultures of African origin, both in the United States and elsewhere. We believe this style best conveys elements of shared history and identity, and reflects our goal to be respectful of all the people and communities we cover.

… We recently decided to capitalize “Native” and “Indigenous,” while other ethnic terms like “Asian-American” and “Latino” have always been capitalized.

We will retain lowercase treatment for “white.” While there is an obvious question of parallelism, there has been no comparable movement toward widespread adoption of a new style for “white,” and there is less of a sense that “white” describes a shared culture and history. 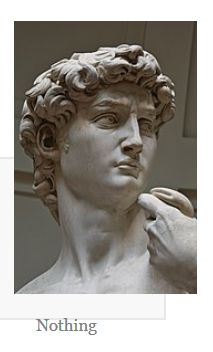 After all, what kind of shared culture and history can white people take pride in? None. They have nothing in common and, especially, nothing to be proud of. Nothing.

Moreover, hate groups and white supremacists have long favored the uppercase style, which in itself is reason to avoid it.

But, c’mon, let’s be frank, the New York Times is uppercasing “Black” and lowercasing “white” for the same reason that Christian journals usually uppercase pronouns referring to Jesus but not to the devil.