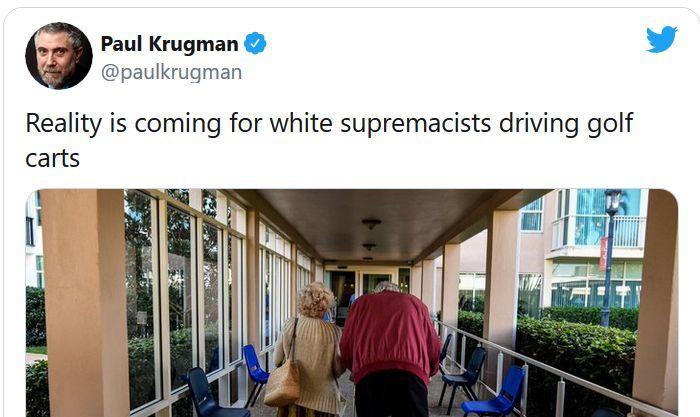 I actually rather like Paul Krugman, but his personality in my experience is much driven by hate. He’s a truly great hater.

That was a virtue during the Bush Years when he was constantly turning his vast capacity for hatred on the President, who, after all, has lots of power and influence and therefore should be exposed to public critiques by intelligent people like Krugman who hate his guts.

By the way, Krugman was moving right intellectually in the 1990s, in a sort of Pinkerite way, developing an interest in Darwinism. Here is Krugman’s 1996 takedown of Stephen Jay Gould.

But those intellectual interests didn’t seem to long survive his marrying a very light black lady.