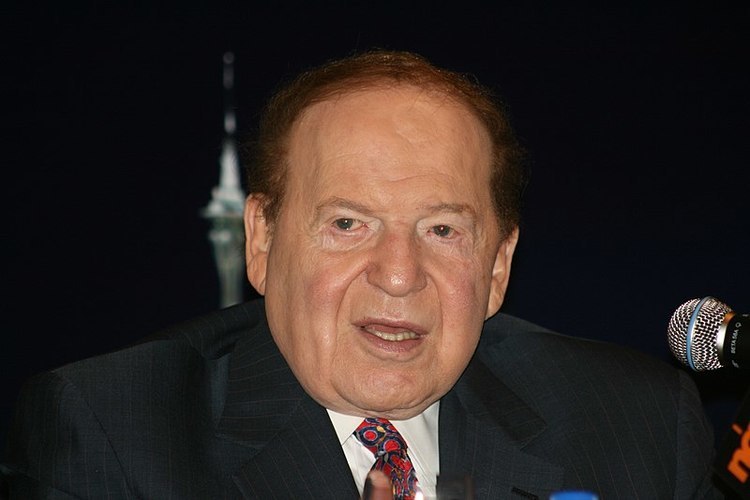 S. Adelson: I bought it all!

A political donation of $32,400 may seem like couch change for Sheldon Adelson, the casino executive with a $27.9 billion net worth who gave tens of millions of dollars to Republicans during the 2012 election.

Where did these outfits linked to John Boehner get this kind of money?

The Adelsons donated a total of $10 million to super PACs affiliated with Boehner and Cantor.

The message being sent here is that the useless John Boehner and the even worseRNC HAVE THE MONEY, BRIBE-SEEKERS!!

And equally that the disreputable Sheldon Adelson, having bought Newt Gingrich, purchased the ruin of the Romney campaign and rented National Review is now proceeding to buy the NRCC to promote his political views as proclaimed in the Wall Street Journal in December: “I'm basically a social liberal”

This morning I read in a quote that seems to have been subsequently edited out a comment by an Inside the Beltway Patriotic outfit leader to the effect that the other side is “better organized” than before.

This is a misstatement. The point is that this time they are enormously better funded, including the obviously Front Group  “Dreamer” and Hispanic outfits. (A new Zuckerberg Ad started running today.)

Everyone knows this is the effect of huge spending by a small group billionaires like Adelson and Zuckerberg, frequently (but not always) Jewish. Huge plutocrat political spending usually annoys the American public. But the Establishment Immigration control outfits are afraid the raise the matter.

VDARE.com is not afraid (but poor).