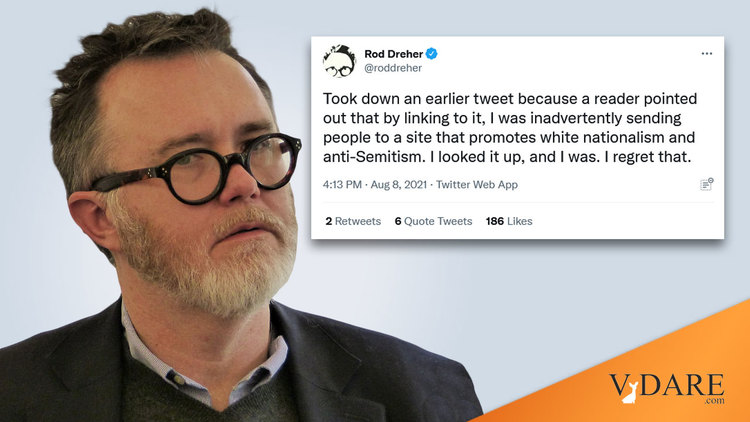 Earlier: Rod Dreher's Escape From Being PERMANENTLY Cancelled By Sharpton's Followers In 2001and Will Rod Dreher Ever Get Purged?

Rod Dreher recently read, and Tweeted,  John Derbyshire's article on Hungary (Orban’s Right-Illiberalism vs. Biden’s Left-Illiberalism—Is This The Choice?) as  crossposted on Unz.com. (Dreher is a traditionalist and Hungarophile, has visited Hungary, and was quoted by Derb.)

Dreher was immediately savagely attacked on Twitter as "racist" (Dreher has something of a phobia of "racism") and now he loves Big Brother: 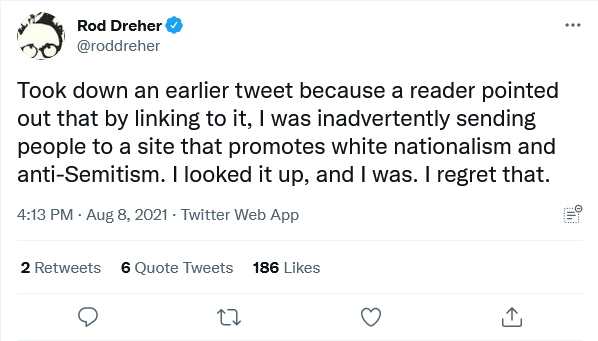 This is a screenshot of his now deleted Tweet and defense. 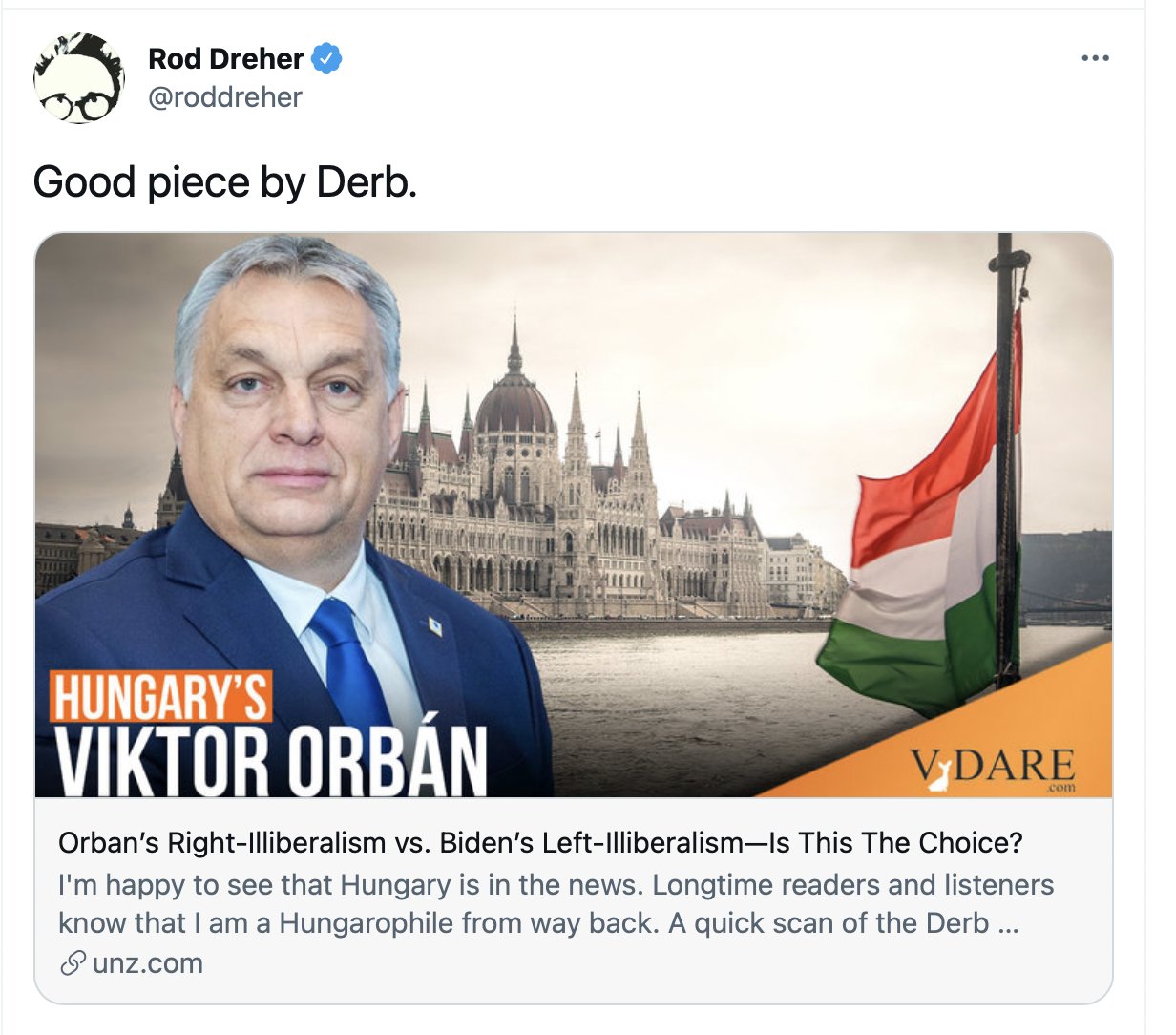 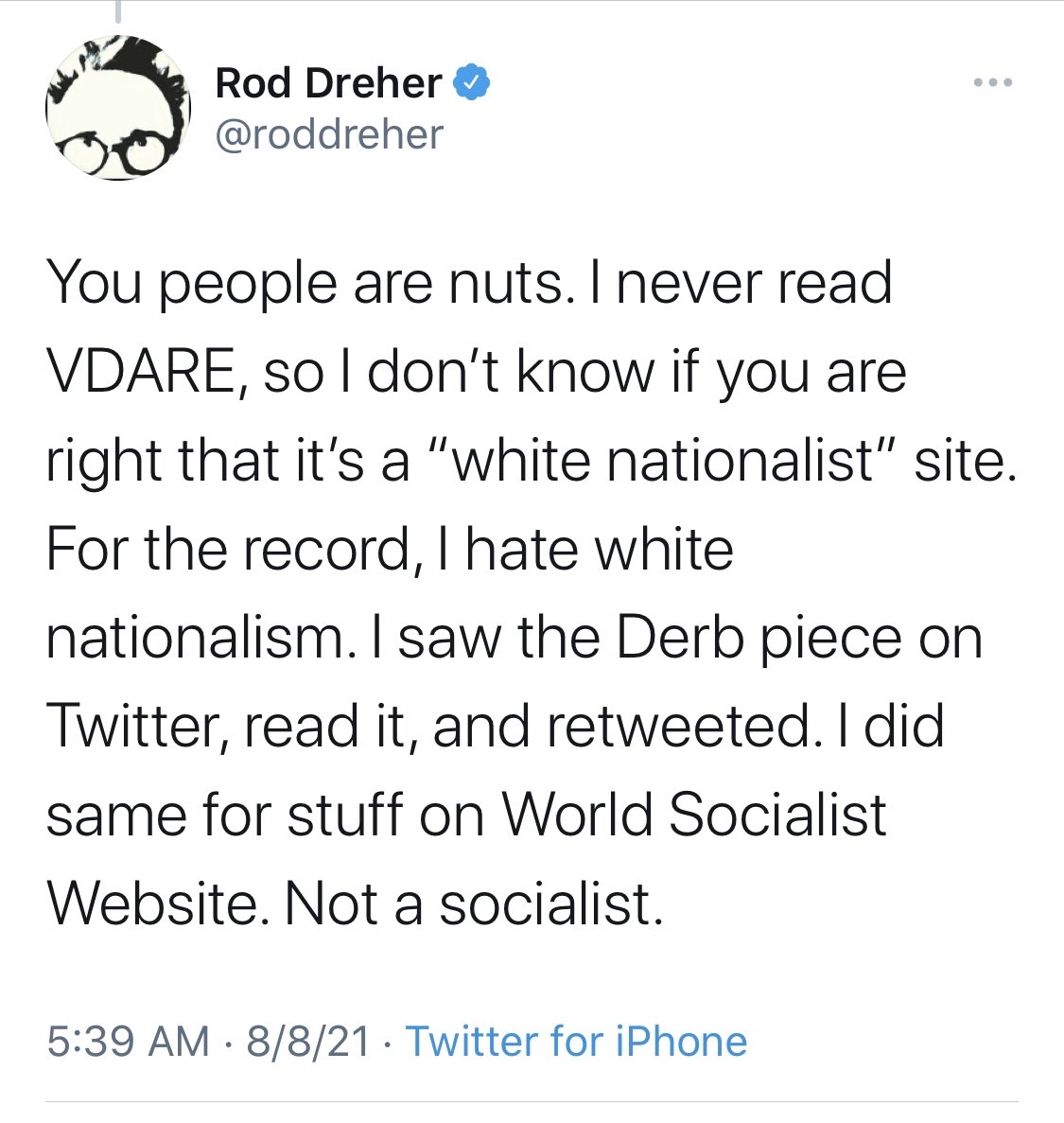 Dreher, who I once called  a professionally weepy cuckservative with occasional flashes of realism, was attacked for not knowing Derb (and VDARE.com, and Unz.com) are on the banned list. (There are real lists kept by the SPLC, etc., but this is the List every Goodthinkful person should carry in their head, apparently.)

This guy asks how can Dreher know Derbyshire well enough to call him Derb, and not know he's eeeevil? 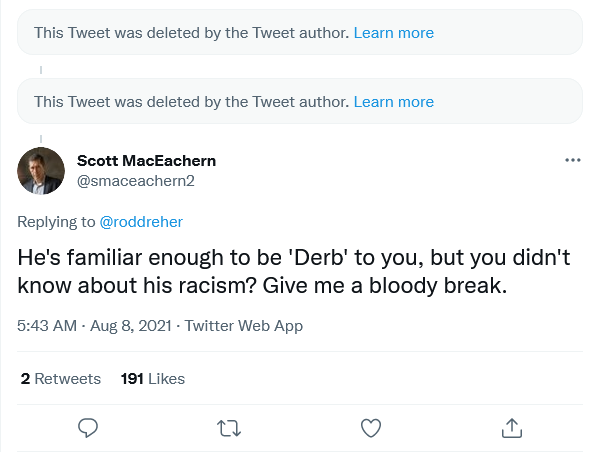 This is all a cuckservative attempt to get the anti-racists to "eat you last," and Dreher should know that it won't work, because he was almost killed by blacks 20 years ago, for perceived racial impiety. 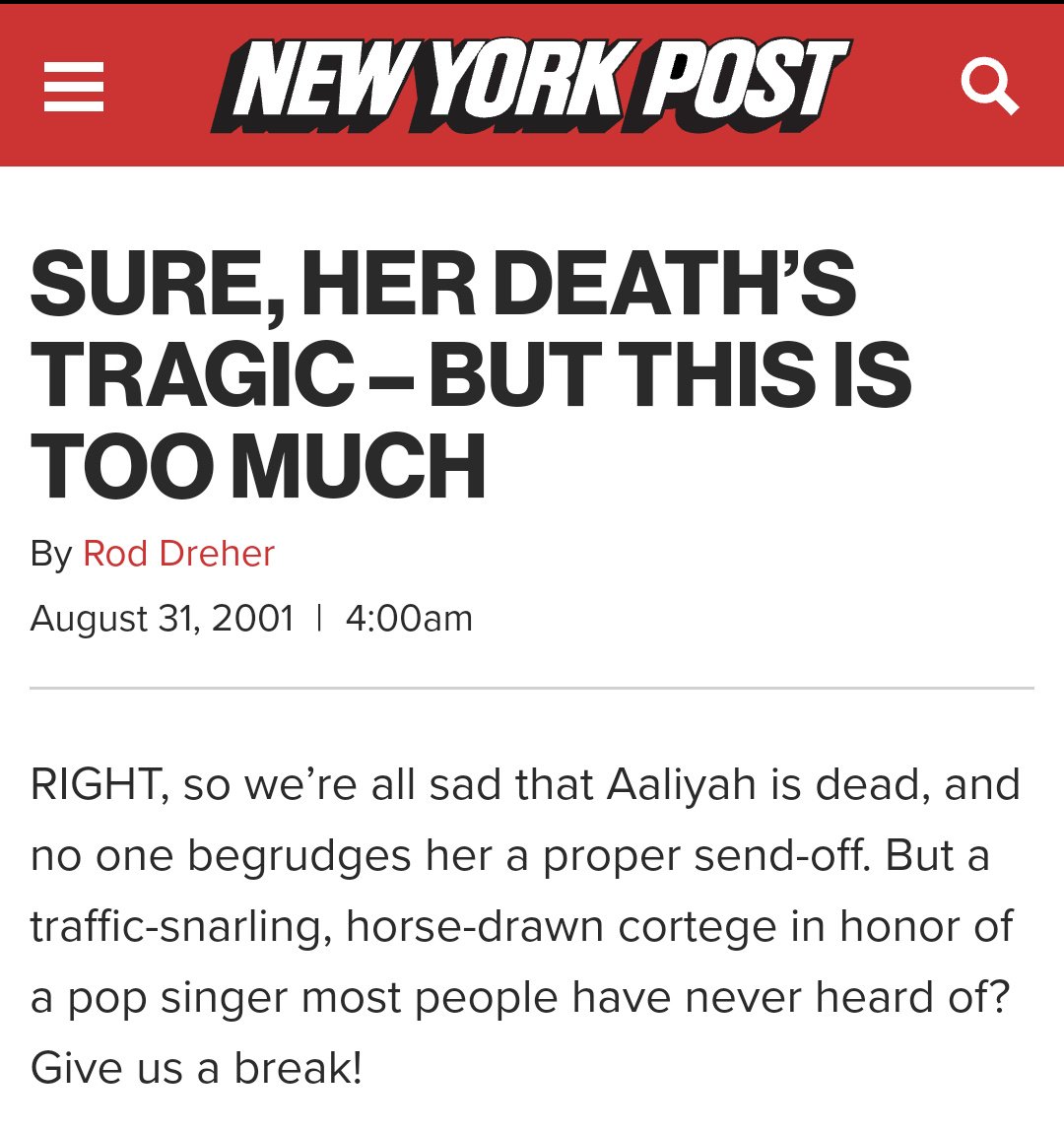 In 2012, [Dreher] was all in favor of George Zimmerman being prosecuted (police had originally investigated it and called it obvious self-defense) but hated the fact that Al Sharpton was involved, because Sharpton had almost got him, Dreher, killed, by New York blacks.

A friend of mine and I were talking over the weekend about the Martin case. Like me, he thinks an outside investigation into how this case was handled is warranted. Like me, he’s upset over the bonfire of racialist outraged [sic] stoked by Sharpton and his ilk. “Zimmerman is toast,” my friend said. “Even if he’s not guilty, he will have to spend every day for the rest of his life looking over his shoulder.”

I did too, for about a week, thanks in large part to Sharpton, who is a wicked, wicked man. In the summer of 2001, I wrote an ill-advised column for the New York Post about the death of the pop star Aaliyah.

Dreher's column, which he now calls "insensitive" and says he regrets having written (of course he does) was considered lèse majesté, as well as racism, and his life was in real danger from blacks:

Anyway, the switchboard at the Post literally shut down for all the angry calls, stoked by black radio DJs that morning. I had 210 voice mail messages waiting for me when I got to the office. They were almost all full of profanity, and a surprise amount of anti-Semitism, including threats about what the callers, all of whom had black accents, were going to do to my Jew ass. [Dreher is a German-American name, but the blacks didn't know that.] There were several death threats, including a chilling one from a male caller who said something along the lines of, “We know what you look like, and we know where you work. We are going to be waiting for you. You will not see us coming. We are going to cut your throat.”

Well, of course they knew what I looked like. My picture ran with my column. And of course they knew where the newspaper’s office was. The paper had to beef up security outside the building. Sharpton, of course, got involved, and started pumping the thing up on his radio show and elsewhere. Coming to and from work on the subway over the next couple of days, I kept my head down. Every time a black man got within 10 feet of me, I thought, “Could this be one of the people who made the death threat?”

This is, of course, racial profiling. I concluded my piece about Dreher almost getting murdered with this:

He's criticized Derbyshire for "The Talk" ( in 2017 five years after Derb was "fired' by Rich Lowry) and his reaction to ex-convict/burglar Ahmaud Arbery being killed in self-defense was:

Arbery was unarmed. Of course. The white men claim they were trying to make a citizen’s arrest of a burglary suspect. Arbery himself was no suspect — but he was black.

Arbery was not unarmed—he had his hand on the white man's shotgun, and if he'd won the struggle, the white man would have been dead.

So you have to ask: what's wrong with Dreher? Is it fear of a recurrence of Sharpton's attack, or fear of being "cancelled" by the Rich Lowrys of the world that makes him like this?

I can only believe he was frightened as a  youth by the film version of To Kill A Mockingbird, and never got over it.

But he's still likely to be "cancelled" one way or another...just because he's white.