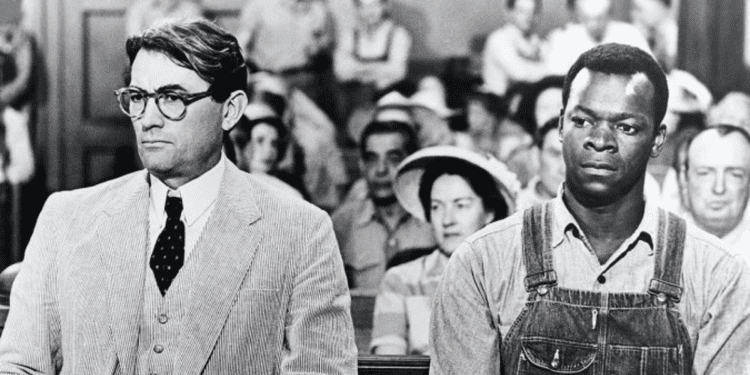 The Fulford File, By James Fulford | The Dominique Strauss-Kahn Scandal: Overkilling The Mockingbird, In The Heat Of The Night, By The Green Mile

Why the recent scandalous rush to arrest and indict Dominique Strauss-Kahn on the word of an African "refugee" hotel maid?

Because, in the early 21st century, he was as much a victim of stereotyping as was Tom Robinson in the 1930s—as recounted (fictionally!) in To Kill A Mockingbird, which it is absolutely safe to say every American schoolchild has been required to read.

Steve Sailer, even before the accuser's untrustworthiness was revealed [How Now-Shaky Case Against Strauss-Kahn Once Seemed So Solid, By Al Baker, New York Times, July 3, 2011], wrote:

"From the outside, we have what looks like a He Said She Said case. The accuser is being kept anonymous, while the accused is the head of the International Monetary Fund. So, this being 2011, we naturally believe the accuser on the grounds that an anonymous person is likely more reliable than a famous international financial expert."

Why do we naturally believe this? Well, it's not just because the international financial crisis makes us think badly of the IMF. It's because, for years and years, we've been watching movies in which the rich, white, businessman or official is the villain—and the poor, minority woman is the victim.

We have also seen, over and over again, the (fictional) falsely-accused minority. (Usually black, but now that there's all this Arab terror and illegal immigration, we're seeing movies about falsely accused Muslims and illegals.)

What we don't ever see in the movies: the rich or middle class white victims of minority crime.

The first movie I can personally remember that followed this new, Politically Correct stereotype was In The Heat Of The Night starring  Sidney Poitier as Virgil Tibbs. 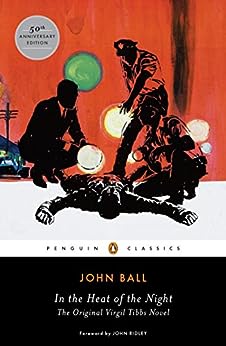 In the 1965 novel In The Heat Of The Night, experienced black homicide investigator Virgil Tibbs of Pasadena is travelling through the South to see his mother. He was suspected, automatically, of a recent murder/robbery, because he's a strange African-American (in those days the polite word was Negro) with money in his wallet.

Then the vindicated Tibbs is asked by local politicos to stick around and use his big-city homicide investigation skills to solve the murder. The actual killer: a poor white who committed the robbery to pay (this is how long ago 1965 was) for an illegal abortion.

The falsely-accused black man and the guilty white man form what is called a "trope"—a "storytelling device" or convention.  They are featured on the Wikipedia-style website tvtropes.org (warning: addictive!), which lists, with examples, the tropes that the movies, TV, literature, and other cultural productions use.

Some of the tropes that apply to the PC stereotype phenomenon, according to tvtropes.org:

All this is not because TVTropes is political—it's apolitical and fannish. But remember, it's like Wikipedia, edited by everybody with too much spare time. This is just how Hollywood views the world—so it's so obvious that, as with the "That's Racist!" meme, even popular culture gets it.

But it still affects how we react.

For example, in the case of the African immigrant hotel maid who accused Strauss Kahn, everyone has banished from their mind any previous stereotype about women in her position making things up, and replaced it with the stereotype of the vile white racist who takes advantage of minority women.

Thus I see in Lawrence Auster's blog that "Hardened investigators wept at maid's made-up life story". This, of course, is unusual in law-enforcement officials, who are normally exposed to a lot of lying, including by putative victims, and tend to grown cynical about it. But, as Auster points out,

"Basically since the 1960s, the white West has been 'crying' for nonwhites, losing not only its objectivity but its sense of justice and even its normal survival instincts because of its tendency to get bent out of shape by the narrative of nonwhite suffering and the resulting belief in white guilt."

What it means is that New York rape investigators watch the movies too—in this case probably Tears of the Sun or Hotel Rwanda.

You couldn't fool them about what goes on Manhattan nightclubs. But Africa they know nothing about. 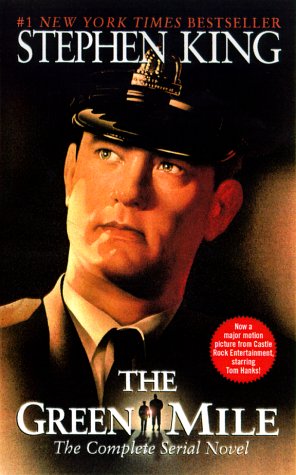 Another example of the falsely accused African-American: John Coffey in Stephen King's novel The Green Mile, set in the Deep South in 1932.

Coffey is on Death Row for a double murder he didn't (needless to say) commit. Coffey, you see, has magical healing powers. When he was found with the bodies of two little girls, he said "I couldn't help it, boss. I tried to take it back, but it was too late". Of course, what he meant was merely that he was trying to heal them.

(But that means that The Green Mile is an argument against the death penalty only if you believe in magic. I remember thinking when I read the novel, that it's difficult to blame the authorities for the mistake. Both the Guardian and the World Socialist Web Site gave The Green Mile bad reviews on those grounds.)

In the movie Paris Trout (1991), an evil white storekeeper murders a black woman. And in John Grisham's A Time To Kill (1996), two white rednecks rape a black 10-year old, and are murdered by her father (Samuel L. Jackson) in the courthouse where they're being tried.

This takes place in the new New South, since it's 1984, in a Mississippi county with a black sheriff.

Which caused Roger Ebert to ask

"But can a black man get a fair trial after murdering two white men, even in the 'new' South? The movie milks this question for all it's worth, which isn't much, unless the average audience thinks Hollywood will allow Klan thugs to prevail over the hero."

Even more unlikely: murder or rape with violence committed by white businessmen. But this is seen all the time in movies. Indeed, the late John Vernon, who looked like an executive, made a career out of playing "crafty villains, morally-bankrupt officials and heartless authority figures ", according to IMDB.

In real life, people like that either have too much self-control, too much intelligence—or in many cases, frankly lack the personality type. When Rep. Gary Condit was suspected of killing Chandra Levy, the late (and much-missed!)  Sam Francis wrote (in 2002!) that "I find it all but impossible to believe that anyone in [the political] class has the strength of character to commit this kind of murder." Nine years later, the killer turned out to be (guess what!) an Undocumented Democrat.

This brings me back to the most famous example of the New PC Stereotype: the novel To Kill A Mockingbird. It was also cited by Sam Francis, in a column about Kobe Bryant's trial for rape: Overkilling The Mocking Bird: Anti-White Stereotypes Impeding Justice.

" Last week Mr. Bryant appeared in court in Colorado, where he faces trial on rape charges, with his white female lawyer Pamela Mackey, who pronounced to the judge, 'My client stands accused of a very serious crime. There is lots of history about black men being falsely accused of this crime by white women.' "[AP, Bryant attorneys raise race issue during hearing]

"Everyone's read To Kill a Mockingbird, in which a saintly black man is nearly lynched and then nearly convicted of raping a white woman, when it turns out the trashy white woman tried to seduce the black.  Miss Mackey is hoping the judge and jury have read the book too, or at least seen the movie, and will allow reality to imitate art."

Well, Bryant did get off. And he may, for all I know, have been falsely accused.

But the spirit of To Kill A Mockingbird is hanging over every courtroom where a black man is accused of attacking a white woman.

And the spirit of all the anti-white movies, from The Color Purple to A Time To Kill, is hanging over any courtroom where a white man is accused of attacking a black woman.

The police, the District Attorneys, and especially the juries have seen it all on TV.

And they believe it.

Footnote: there is still no Wikipedia entry on, or national MSM coverage of, the Pearcy Massacre.

Guess that means we'll have to wait for the movie.