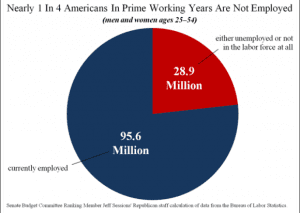 Via Powerline from the Senatorial staff of (who else?) Jeff Sessions

Over at Powerline, John Hinderaker, who has been so little involved in the issue that we have only once referenced him in all these years, has produced the terse, penetrating, and extremely powerful  Why the Immigration Bill Can’t Be Fixed May 2, 2013.

(The other devastating critique was by Daniel Horowitz, who was doing amazing work at the time – no wonder the new RedState  has purged him.)

The gentlemen at Powerline  have since amply made up for lost time – I was particularly impressed by Powerline's Hinderaker: GDP Per Capita Key To Amnesty/Economic Growth Claim (Or, The Toilet Paper Fallacy) where John Hinderaker, who after all is only a lawyer, grasped an economic reality which eludes many who purport to know Economics.

2014 is shaping up as a pretty good year for the GOP…But the conventional wisdom is that the opportunity for big gains is slipping away. I share that sense…Pundits say that the Republicans have failed to nationalize the election, and I think that is correct…

...in my view, there is one issue that, if Republicans had pushed it consistently on a nationwide basis, would have made 2014 a sweep of historic proportions. That issue is immigration. Not only is immigration itself a key issue in the minds of voters, and one on which a clear majority support the position held by most Republicans, but it also relates to some of the Democrats’ most significant failures in domestic policy. A firm, united stance on immigration would have allowed Republicans to position themselves in the minds of voters as the party that stands up for American workers.

Hinderaker has posted the above pie chart and says

This chart was circulated a day or two ago by Jeff Sessions’ Budget Committee staff. Nearly one American in four, in the prime employment years of 25-54, isn’t working…

This represents a policy failure the consequences of which will be with us for decades. Given the number of Americans who can’t find jobs–including recent college graduates in science and technology–the idea of legalizing millions of illegal immigrants and authorizing tens of millions of additional legal immigrants borders on the insane.

…while some individual Republicans have made immigration a central theme of their campaigns, the party as a whole has not spoken nationally, with a unified voice, on the issue. This is because some important Republicans–like John Boehner and, sadly, Paul Ryan–have sided with the Chamber of Commerce’s desire for cheap labor. I think this, more than anything else, explains why the Democrats may be able to skate through 2014 without suffering major losses.

VDARE.com would heartily concur. Boehner and Ryan are extremely culpable.

But we would also add that the iniquitous role of the big donors has to be included. Unlike a generation ago, being a losing RINO is extremely profitable, especially for the Consultants involved.

I have no doubt that the obviously sincerely patriotic guys at Powerline will eventually start talking about this.