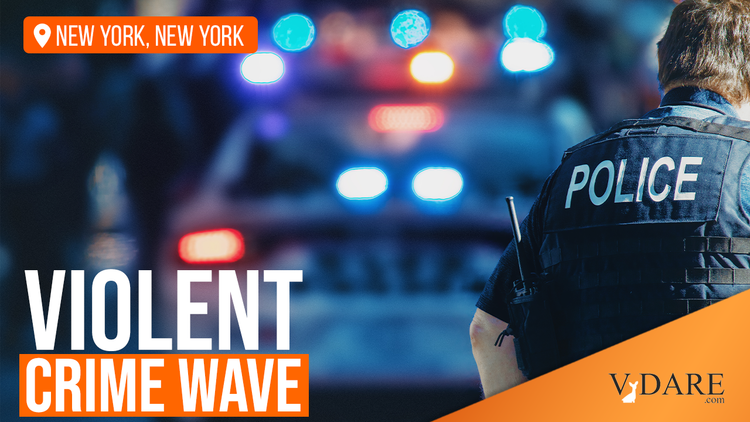 The number of fatalities per shooting victim appears to have dropped considerably from 2019 to 2020.

Perhaps NYC this year is having more of what one might call Black BBQ-style mass shootings where one guy decides to shoot some other guy who dissed him at a crowded block party and manages to wound 8 or 10 bystanders in the process. My vague impression is that NYC hasn’t had too many of these kind of shootouts, other than at that annual West Indian Day parade where everybody stays up all night and gets pretty hair-triggerish by dawn.

The other crime that is fairly reliably counted is G.L.A.: Grand Larceny Auto. Victims need a police report to get insurance compensation. That’s up 60%. That may be more directly related to coronavirus due to people leaving NYC and crooks noticing they haven’t moved their car in a month.