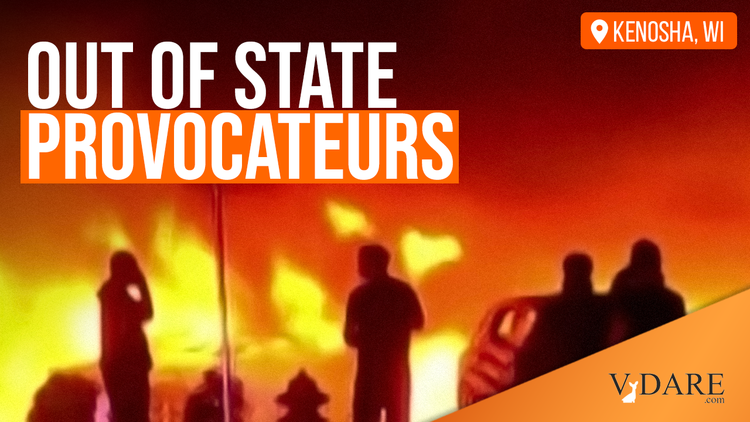 However, a group out of Seattle that was founded to provide free food to protesters and activists, RiotKitchen206, claims it was their members who were arrested and that they were in Kenosha only to serve meals to people at the demonstrations.

Please note that members of RiotKitchen206 only engage in Peaceful Protests, not riots, as you can tell from their name.

According to a statement posted on KPD’s Facebook page, the tipster told them the vehicles were in a remote lot near State Highway 50 and Green Bay Road. Officers soon found the vehicles – a black school bus, a bread truck, and a tan minivan – and, with the help of U.S. Marshals, staked out the position.

When the vehicles headed to a gas station on Washington Road and 30th Ave., law enforcement was close behind, the statement continued. The officers reported seeing people from the black bus try to fill multiple fuel cans. Seeing that and suspecting they were planning something illegal, the officers approached the vehicles and identified themselves. KPD reported that the suspects in the bus and bread truck all surrendered, while those in the minivan tried driving off.

According to KPD, officers were able to stop the minivan and force their way into it, arresting everyone in the vehicle. With all of the suspects in custody, officers searched the vehicles and discovered helmets, gas masks, protective vests, illegal fireworks, and suspected controlled substances, the statement noted.

All nine of them were booked for disorderly conduct, although the Kenosha Co. District Attorney will make the call on any final charges.

So is this a giant Soros-funded conspiracy? Or is it a bunch of Recreational Rioters who drive cross-country to get in on the latest riots?

My impressions are that white Antifa rioters seem disproportionately to be: