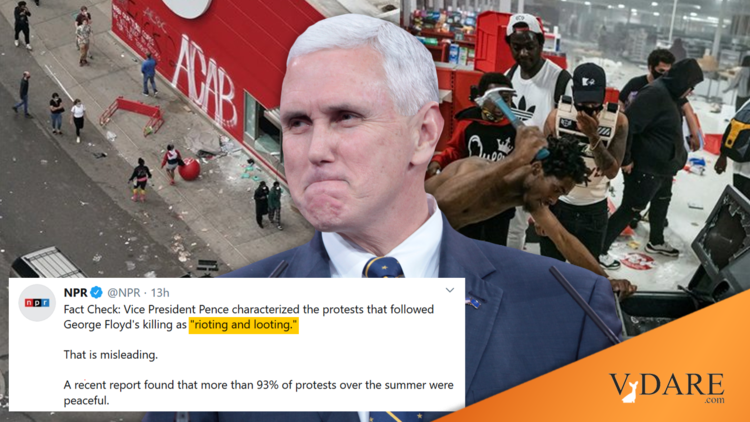 Earlier: Take That, Trump: A Study Finds That Peaceful Protesters Have Rioted Fewer Than 617 Times in Not Quite 220 Cities!

A recent report found that more than 93% of protests over the summer were peaceful.https://t.co/vhqJJWFdo9

As I pointed out a month ago:

If you look at the data behind this report, you will see this leftist group has characterized 617 incidents in the U.S. since the death of George Floyd as “riots,” with 598 falling in the subcategory of “violent demonstrations” and 19 of “mob violence.”

A few were unassociated with Black Lives Matter or Antifa, such as a July 21 brawl in Los Angeles between Armenians and Azerbaijanis. But the vast majority of the 617 riots were related to the media-proclaimed Racial Reckoning.