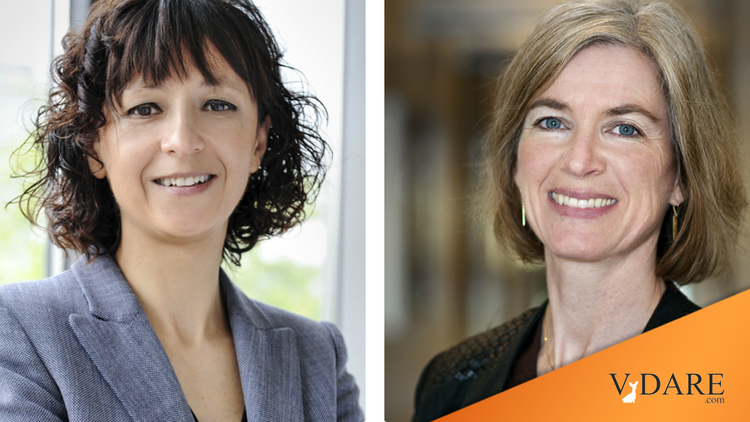 The CRISPR Ladies Win The Nobel

From the NYT op-ed page, a piece by Walter Isaacson, authorized biographer of Steve Jobs and holder of many other worthy positions. Isaacson is representative of the best of the old liberalism:

This Year’s Nobel Prize in Chemistry Honors a Revolution

With Crispr, two scientists turned a curiosity of nature into an invention that will transform the human race.

Mr. Isaacson is the author of the forthcoming “The Code Breaker: Jennifer Doudna, Gene Editing, and the Future of the Human Race.” 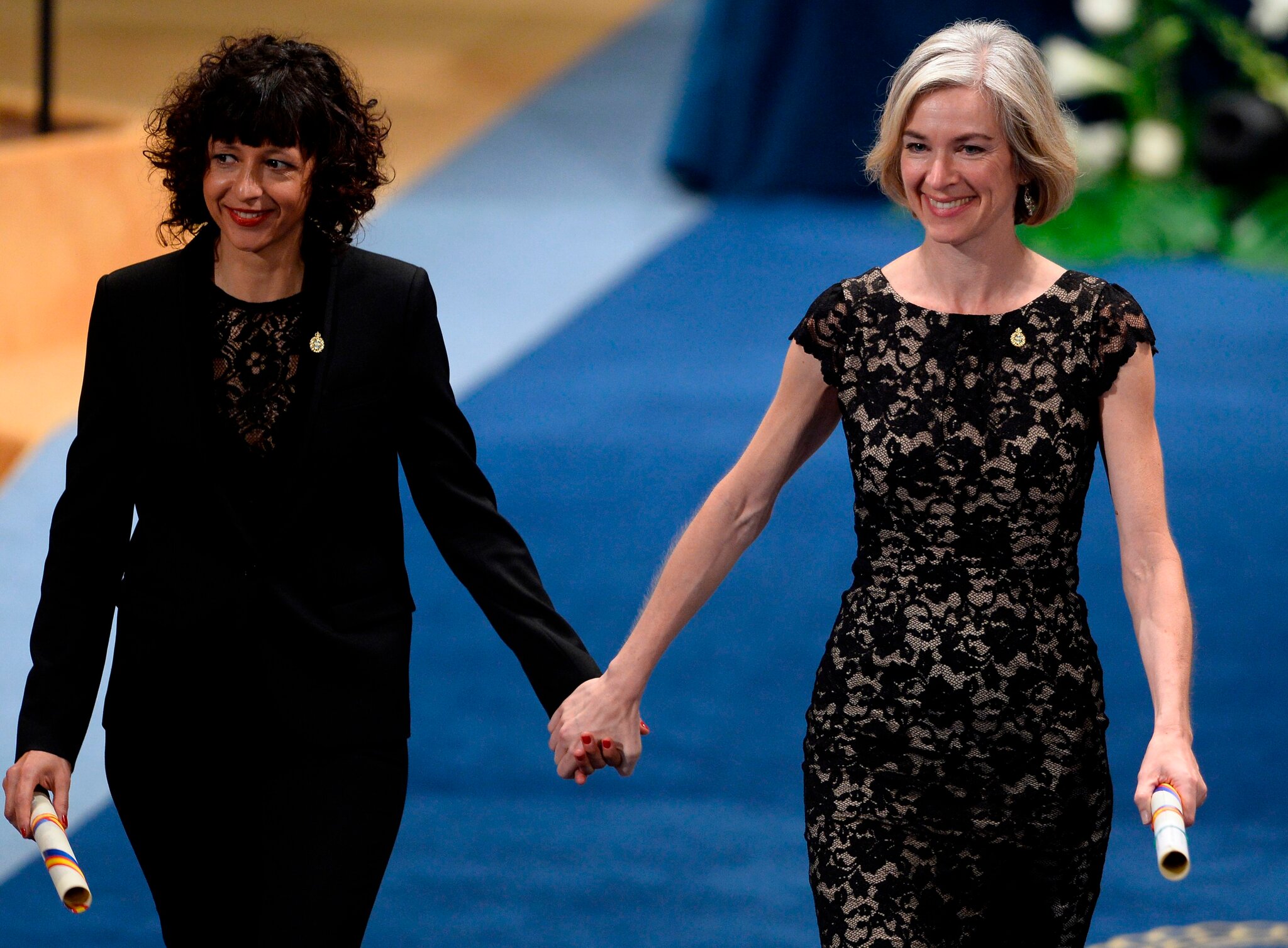 Emmanuelle Charpentier, left, and Jennifer Doudna may have made the most important biological advance since the discovery of the structure of DNA. Credit…Miguel Riopa/Agence France-Presse — Getty Images

When Jennifer Doudna was in sixth grade, she came home one day to find that her dad had left a paperback titled “The Double Helix” on her bed. She put it aside, thinking it was one of those detective tales she loved. When she read it on a rainy Saturday, she discovered she was right, in a way. As she sped through the pages, she became enthralled by the intense drama, filled with colorful characters, about ambition and competition in the pursuit of nature’s wonders. Even though her high school counselor told her girls didn’t become scientists, she decided she would.

She would help to make what the book’s author, James Watson, later told her was the most important biological advance since he and Francis Crick discovered the structure of DNA. She worked with a brilliant Parisian biologist named Emmanuelle Charpentier to turn a curiosity of nature into an invention that will transform the human race: an easy-to-use tool that can edit DNA. Known as Crispr, it ushered in a brave new world of medical miracles and moral questions.

For this accomplishment, on Wednesday they were awarded the Nobel Prize in Chemistry. …

The award is also a great testament to the growing power of women in the life sciences. When Rosalind Franklin made the images that helped James Watson and Francis Crick discover the structure of DNA, she became just a minor character in the early histories, and she died before she could share a Nobel Prize. Until now, only five women, beginning with Marie Curie in 1911, have won or shared the Nobel for chemistry, out of 184 honorees. When this year’s prize was announced, Dr. Charpentier said it would “provide a message specifically to young girls who would like to follow the path of science and to show them that in friendship women can also be awarded prizes.”

Crispr is now being used to treat sickle-cell anemia, cancers and blindness.

Didja notice that Walter Isaacson's NYT oped on the CRISPR Nobel Laureates refers respectfully to James D. Watson as an authority and an inspiration to Jennifer Doudna?

Shouldn't you have some oped editor canceled for this slip-up?https://t.co/3I3Bj466oD

But, it’s also kind of like letting the genie of genetic engineering out of the bottle … Is that wise?

Doudna is from Hilo, Hawaii, which is not the most intellectual of American towns, but it does have a branch of the U. of Hawaii there. From the Hawaii Tribune-Herald:

Hilo High graduate one of 2 Nobel Prize winners in chemistry

Hilo is all abuzz about one of its own, Jennifer A. Doudna, sharing the Nobel Prize in chemistry with co-researcher Emanuelle Charpentier of France.

While that was news to many, one retired biology professor at the University of Hawaii at Hilo has predicted for almost three decades that Doudna would become a Nobel laureate.

“You know, I told Martin, her dad, before he passed on, ‘I think your daughter is going to win the Nobel Prize. And that was before she did all the CRISPR stuff,” Don Hemmes told the Tribune-Herald on Wednesday, referring to Martin Doudna, a UH-Hilo English professor who died in December 1995.

Charpentier is perhaps the Frenchest-looking French woman ever, which is not a bad thing.

The final count for the 3 hard science Nobels in 2020 was all 7 winners were white, and 3 were women, including black hole astronomer Andrea Ghez of UCLA.

Both of the Americans Laureate ladies are married and have 3 children amongst them.