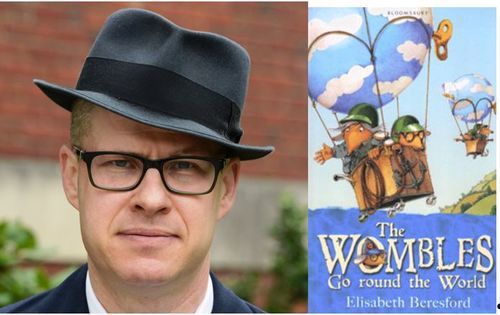 See, earlier, Max Boot Is Dispirited After Being Called a "Cockwomble," Suspects Russian Bots Are to Blame, and More On Max Boot, International Cockwomble Of Mystery From Mark Steyn

Recently Bret Stephens in the New York Times melted down over a little joke on Twitter about bed bugs. Meanwhile, in the Washington Post, Max Boot wonders if all his hard work will go for nought:

But I do sometimes wonder what I am actually accomplishing. Much of my journalism for the past four years has been devoted to critiquing President Trump and opposing the spread of Trumpism. But no matter how many columns or sound bites I produce, he remains in office, acting (as Sharpiegate shows) more erratically than ever. Sure, he’s not terribly popular—but he could still be reelected. I am left to ask if all my work has made any difference.

Will no one rid me of this turbulent President? Look, it wasn’t this hard to start the Iraq War, so why is it so much more work to get my way this time? How many more columns am I going to have to write before the Joint Chiefs of Staff get the hint and have an accidental drone strike on the White House putting green?

Aren’t we Americans lucky to have a Pundit Class of such rock solid emotional stability and such charmingly self-deprecating senses of humor?