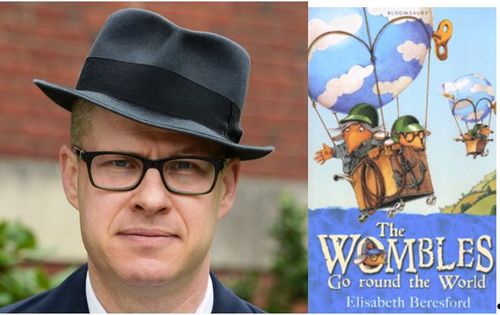 Max Boot Is Dispirited After Being Called a "Cockwomble," Suspects Russian Bots Are to Blame

In France and online, extremists put centrism to the torch

Weekend after weekend, French President Emmanuel Macron is dealing with sometimes violent protests from a populist movement known as the gilets jaunes (yellow vests). The protesters were galvanized by a plan to raise gasoline taxes, but they are still out in the streets even though the gas tax increase has been suspended. Now they’re demanding, among other things, default on the public debt, exit from the European Union and NATO, and less immigration. I’m dealing with a piece of the online fallout — and in the process learning a dispiriting lesson about how hard it is for a political leader to pursue a moderate path in an age of extremes.

On Dec. 3, amid pictures of burning cars and tear gas in Paris, I woke up to find incessant Twitter criticism of an article I’d written. This was hardly shocking; I’m attacked online all the time. What surprised me was that I was being attacked for a Commentary article published 18 months earlier, shortly after Macron’s election. I posted it on Twitter on June 15, 2017, with the headline: “To defeat populism, America needs its own Macron — a charismatic leader who can make centrism cool.”

This tweet has now earned me a torrent of online abuse. Sean Davis, the co-founder of a pro-Trump website, tweeted: “This 2017 column is a riot.” The right-wing actor James Woods retweeted the article with the gloating tag line: “Twitter is beautiful.” Left-wing journalist Glenn Greenwald apparently thought my article was so ridiculous he retweeted it without any comment at all. Breitbart’s former London editor wrote: “This aged well, didn’t it, @maxboot?”

I was struck by how many versions of the same criticism were repeated by anonymous trolls, and it made me wonder if Russian bots were involved. When I suggested as much in a tweet, I earned a rebuke from the right-wing British conspiracy-monger Katie Hopkins, who has lost her Mail Online column but retains 882,000 Twitter followers: “The world thinks you are a cockwomble, sir. If you are looking for someone to blame -- find a mirror darling.” I have no idea what a “cockwomble” is, but it doesn’t sound like a compliment. The irony is that some of the Twitter accounts scoffing at my questions about bots had so few followers that they might be bots themselves.

Urban Dictionary offers: “Cockwomble: (noun) A person, usually male, prone to making outrageously stupid statements and/or inappropriate behaviour while generally having a very high opinion of their own wisdom and importance.”

The irony is that some of the Twitter accounts scoffing at my questions about bots had so few followers that they might be bots themselves.

Also, isn't it impressive that these automated accounts produce such devastating counterarguments to Boot that he has no response besides pointing out that they're automated? This goes well beyond passing the Turing test, bots are solidly out-thinking a (stupid, to be fair) human

I asked the information warfare expert Molly McKew what was going on. She replied: “Major Russian info campaign on the Yellow Jackets/Vests protests, so you just kicked the wrong hornets. Over the weekend all the ‘Syria’ accounts were tweeting about how French had snipers on the rooftops to shoot the demonstrators.” The Hamilton 68 website, which tracks Russian disinformation online, confirmed that two of the top Russian hashtags were “giletsjaune” and “France.” Among the Russians cheerleading the protests online is the notorious fascist and pro-Putin ideologue Alexander Dugin. Meanwhile, Russian state media outlets such as RT were hyping chaos in Paris as if it were a “color” revolution.

I would guess (not that I understand France) that probably not much that’s dramatic in the short run will come of these protests because, unlike a well-planned “color” revolution, they appear to be genuinely bottom-up and lacking in elite leadership. I’m reminded of the blue collar protests in Iran last December that excited and baffled American observers for a few weeks, and then more or less went away.

But, what do I know about France?

As for Max Boot, well, he is just the gift that keeps on giving. Thanks, Bezos!

Re: “cockwomble”: I’m sorry to differ with you, sir, but it’s not an actual slang term that has a proper definition, although the fellow at Urban Dictionary does at least convey something of the proper spirit in which it would be used. But he’s far too precise and specific. “Cockwomble” is basically just calling someone a “cock”, with a nonsense suffix. Brits love nonsense words (cf. all British comedy), so appending “womble” to “cock” makes perfect sense to them.

Americans aren’t really into nonsense words, but Steven Tyler of Aerosmith is perhaps the most venerable American practitioner of nonsense:

More from the commenter:

(I had hoped to prove this contention with reference to all the myriad ways Brits might make new words out of “cock” and something nonsensical, but it’s beyond my Google powers at the moment. I had thought to use Urban Dictionary’s list of words, but of course, being crowdsourced, they have an infinite supply, and they don’t all sound British.)

“Cockwomble” conveys a similar idea to the word “muppet”, which makes sense since they’re both referencing children’s TV from the 70′s that had puppets in.

“Cock” in this usage might possibly have a nuance missing to American ears, I don’t know. Hopkins doesn’t mean Boot is a dick, i.e. rather unpleasant. He’s a cock, i.e. unpleasant, yes, but more annoying, perhaps stupid, with a connotation of silly. (Possibly related is the third definition here.) She might as easily have called him an “arse” or a “tit”. Looking at some of the ways those words are used in phrases or as verbs ought to give a clue as to how Brits use them. They are mild insults, to be used over trivial matters, say, if your co-worker annoys you. If one felt strongly about the insultee, these words would generally not be apposite; unless one wished to convey an air of bemusement or detachment, one would reach for something stronger.