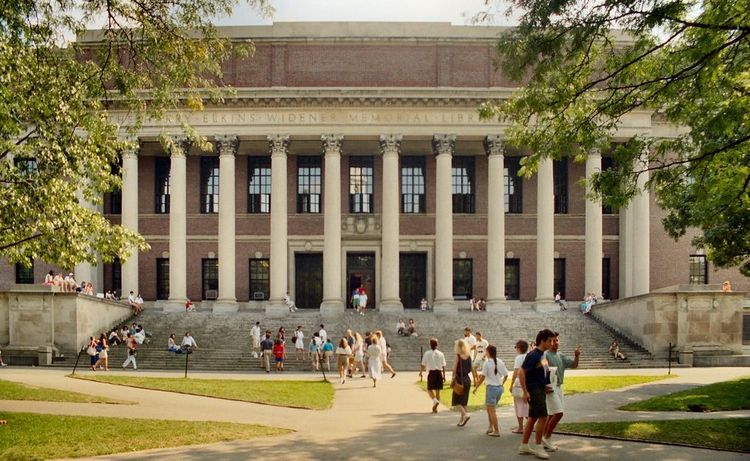 From the New York Times Magazine, an article about how colleges are biased in favor of lazy white boys and discriminate against amazing hard-working black and Latino Women of Color. That’s why Silicon Valley is full of indolent white boys making huge amounts of money in easy jobs like starting their own businesses, while amazing black women have to take on life’s greatest challenges like writing op-eds about how society should pay more attention to their hair.

Elite schools say they’re looking for academic excellence and diversity.
But their thirst for tuition revenue means that wealth trumps all.

In the fall of 2014, Angel Pérez was hired to oversee enrollment at Trinity College, a small liberal-arts school that occupies a picturesque 100-acre hillside campus overlooking Hartford.

Trinity, with its famous squash team, is the preppiest college in the Northeast, what Washington and Lee is to the southeast. It’s not exactly representative.

… Pérez grew up in very different circumstances, born in Puerto Rico in 1976 to a teenage mother and a father who delivered milk door to door. …

A guidance counselor persuaded him to apply to Skidmore College, a selective private institution in upstate New York that Pérez had never heard of. He took the SAT just once, and he scored poorly. But miraculously, someone in Skidmore’s admissions office decided to ignore his lousy test score in favor of his excellent grades and admit him with full financial aid. It was a decision that changed Pérez’s life.

Pérez got his first job in admissions straight out of college, motivated by the opportunity to do for young people what that admissions officer did for him: spot hidden potential in students with unconventional academic records and transform young lives.

The story of Angel Perez, who did poorly on the SAT but was let into Skidmore anyway and then became a Skidmore admissions officer looking for more Mini-Mes just like himself to admit to Skidmore, reminds me of Richard Armour’s definition: “The Admissions Office is in charge of admitting the college’s mistakes.”

Often, these mistakes, not being able to get jobs in the outside world, wind up working for the Admissions Office.

It’s all the Great Cycle of Life, college admissions-style.

“I remember when I got the call about this job,” Pérez told me the first time we met, on a cold winter day in 2017. We were in his window-lined office in Trinity’s admissions building, which looked out over the college’s snow-covered athletic fields. “I was sitting in lovely Claremont, California, and my response was, Why would I move to Hartford, Connecticut?”

There should be an app to add the subsequent unvocalized thoughts of New York Times interview subjects, like in Peep Show: “Why would I move to Hartford, Connecticut?” exclaimed Pérez. “Hartford is full of Puerto Ricans!”

“But then I started having conversations with the president, and I was so inspired by her vision of taking an institution that has been historically white, wealthy and privileged and really bringing it into the modern day and age.”

Actually, what Hoxby found was that the biggest reservoir of smart high school students that elite colleges were overlooking were white boys in Red States.

Paul Tough goes on to point out that the subjective standardized tests are discriminating against amazing Women of Color who are aceing their GPAs but they just don’t test well. That’s because these girls are Rebels. In contrast, because Society is so biased in favor of white boys, they tend to get lower GPAs from their teachers even as they do better on the SAT and ACT test. That’s because they are Conformists, right?

Or something. I mean, Science proves that white males are bad. We all know that, right

Among the roughly two million students who take the SAT each year, about two-thirds, according to the College Board’s categorization, receive scores that are “nondiscrepant,” or in line with their high school grades.

For those students, the SAT doesn’t really affect their college prospects at all — their test scores send the same signal to college-admissions offices that their high school grades do. The students for whom test scores make a difference in admissions are the two groups who have “discrepant” scores — meaning either that their SAT score is much higher than their high school grades would predict (let’s call them the inflated-SAT group)

Or instead of “inflated-SAT group,” you could call them “smart.”

or their SAT score is much lower than their high school grades would predict (let’s call them the deflated-SAT group).

Or you call them the “inflated-GPA group.”

Those two categories each make up about a sixth of each cohort of high school seniors.

In 2010 three College Board researchers analyzed data from more than 150,000 students who took the SAT, and they found that the demographics of the two “discrepant” groups differed substantially. The students with the inflated SAT scores were more likely to be white or Asian

By the way this is the only time the word “Asian” is used in this long article. In contrast, “white” is used 9 times. Of course, Asians are wholly irrelevant to the question of who gets into elite colleges, right?

Because of course we know that intelligence isn’t hereditary, the fact that kids who do better on the SAT than they do on their grades tend to have smart parents are obviously just working incredibly hard at their SAT prep class even though they are lazy at everything else, right?

These were the students — the only students — who were getting an advantage in admissions from the SAT. …

The significance of the College Board’s discrepant-score research comes into clearer focus when you consider data from a second College Board study, the National SAT Validity Study, which every year or two analyzes the records of students who take the SAT and then enroll in college. The 2018 validity study (which used data from 2013, before the SAT was redesigned) showed that working- and middle-class high school students, students whose parents earned between $40,000 and $80,000, had an average grade-point average in high school of 3.63. Wealthy students, whose parents earned more than $200,000, had an average high school G.P.A. of 3.66, almost exactly the same as the working-class ones.

But students in the $40,000-to-$80,000 family-income cohort had average SAT scores of 1,624 (out of 2,400, as the SAT was scored before the redesign), while students in the over-$200,000 cohort had average scores of 1,793. That’s a 169-point advantage for the well-off ones. High school grades, considered alone, made for a fairly level playing field for students from different economic backgrounds. But SAT scores tilted that playing field in favor of the rich.

It’s almost as if higher income parents work to get their kids into more rigorous high schools with tougher grading standards.