Let's tear down all historic statues and rename everything so that no one can possibly be offended. The Left Coast has much work to be done.

For example, Whidbey Island, named after an officer on the George Vancouver expedition, is a wonderful place to visit in the Salish Sea.

Never heard of the Salish Sea? That's because locals still call it the Puget Sound even though the waters in the US and Canada were renamed for the indigenous people in the Northwest in 2009.

Even if some renaming has happened, Washington still has some seriously offensive names. For example, Washington may have been a president but he owned slaves. Washington needs to go. Perhaps the legislature can hold a naming contest.

Vancouver was a white guy and Washington's oldest town was named after him. Oh, dear. Vancouver was British so he didn’t own slaves either so that's probably okay.

King County, where Seattle is located is named after Martin Luther King. What? Well, it was first named after a man from Alabama who served in the US Senate for 34 years and became the vice-president under Franklin Pierce. King's full name was William Rufus de Vann King.

But, alas, that King owned slaves and so King County is now named for Martin Luther King. It could be worse. It could have been named for Rodney King.

Washington still has a Pierce County so that has to change. Franklin Pierce may have been a northerner and a president but he was opposed to the abolition of slavery. Some scholars believe he set the stage for the Civil War. Pierce County Commissioners should get on this.

The county seat of Pierce County is Tacoma which is the original, native name for Mount Rainier. Captain George Vancouver renamed the great volcano for one of his friends. Map makers with pens get naming rights, I guess but this is a new time. It should now be renamed Mount Tacoma.

One of the great places in Washington is the Puget Sound, aka Salish Sea. Peter Puget and Joseph Whidbey traveled and mapped much of the area around the Sound. Captain George Vancouver wrote about these explorations in his journals. Reading them is a great adventure in the history and geography of the area.

It's too bad the native Salish people did not have writing. Their journals might have been interesting too. 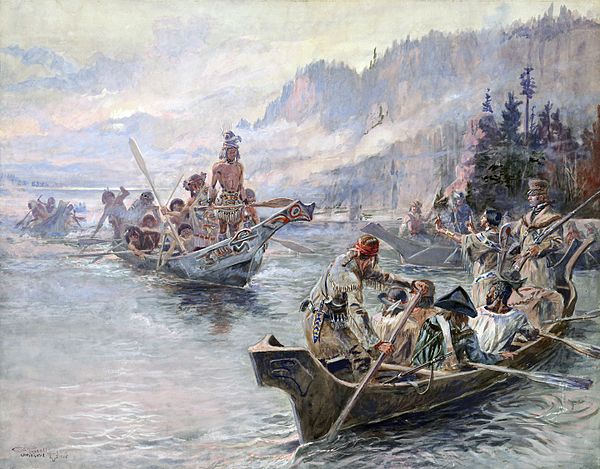 Mention of the Salish people in America was first recorded in the journals of the Lewis and Clark Expedition. Lewis and Clark were both natives of Virginia and they owned slaves, including York, who traveled with them on the Expedition. Maybe the Expedition should revert to the original name, Corps of Discovery. We cannot name it after President Jefferson who commissioned the Corps of Discovery because he owned slaves.

Captain James Cook, the British navigator and cartographer, never made it to the Puget Sound, but he did stay in Nootka Sound on his third expedition. Nootka Sound is on the west coast of Vancouver Island in British Columbia. Remember neither the British nor Vancouver owned slaves so those names are okay.

Cook's expeditions were well documented in writing and art. John Webber, an artist, traveled with Cook and his drawings and etchings leave a wonderful documentary of the people of Nootka Sound. Although, the Nootka people left no art, they did paint their bodies and they made dug out canoes. They were hunter gatherers. They didn’t write but they did own slaves. Oh dear. Well, that's Canada's problem.

Breaking news: The City of Los Angeles has changed the second Monday in October from Columbus Day to Indigenous Peoples' Day. Good news. There is progress but so much work has yet to be done.