In addition to the other disconcerting signs of national entropy, consider the humble police cruiser.

Time was, they displayed a replication of the officers' badge or arm patch. Very often, it was some version of the state flag intertwined with wreaths and heraldic emblems commemorating the town's, city's or state's history or symbols. Latin inscriptions weren't uncommon. There was plenty of "diversity" in the colorful designs—enough so that, as with US soldiers of different services involved in joint maneuvers, there was a robust trade in insignia. The walls of many police departments, indeed, remain festooned with such memorabilia.

I live (and grew up) just outside the US capital in Montgomery County, MD. For generations, cruisers here bore large, impressive door emblems that included the coat-of-arms of founder and Revolutionary War hero Richard Montgomery.

Some still do. But the design is being phased out; much smaller emblems and jazzy stripes are replacing it. [Ask Montgomery Country why.] 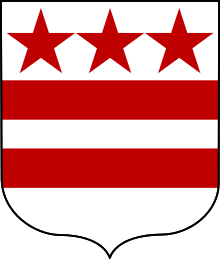 And what do they mean? I doubt many city residents know—any more than they recognize the origin of the city flag's same "three stars/two bars" design.

Answer: all that's left of the coat-of-arms of the figure for which the world's most important city is named. I mean, of course, the master of Mt. Vernon, the late Geo. Washington, Esq. 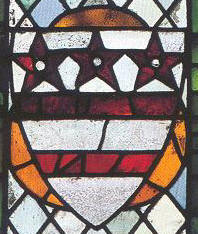 And today? "DC's finest" patrol cars are down to a fancy colored graphic and "Police" in large letters. [Ask D.C.'s Mayor Adrian M. Fenty why.]

Thus do once-proud emblems go the way of the English language, Dead White Men (DWM), the "Howdy Pardner!" greeting at Roy Rogers and other quaint artifacts of our heritage.

Apparently, civilian police administrators foresee the day when officers from the Third World or their children will equal or, maybe, outnumber majority Americans. Then, maybe the escutcheon will be Jesse Jackson's Rainbow flag or similar.

And why not? Already, besides Washington's, patrol cars of many departments around the country just say "Police". (Still in English— so far)

David Walsh (send him email) is a freelance writer/photographer (Click here to view his work) in the Washington D.C. area. Among his recent articles is an exposé of Hispanic drivers' disproportionately poor safety record.