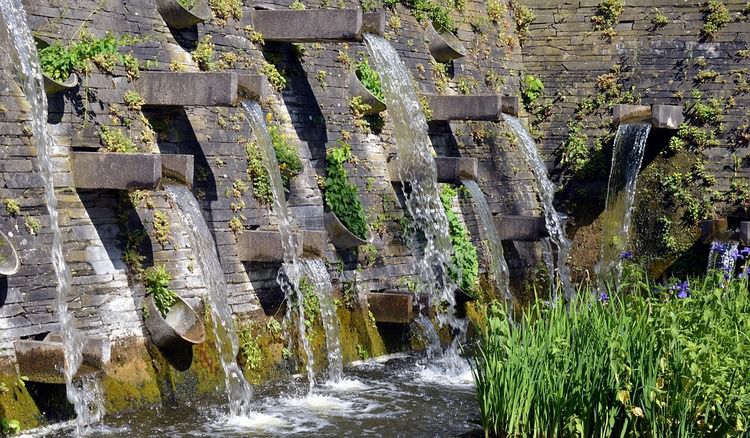 For years I’ve been having fun with the media’s Crops Rotting in the Fields trope, where growers’ PR firms fill in whatever crop is in over-abundance this year — pears, brussel sprouts, kumquats, whatever — and announce that due to the Illegal Immigrant Shortage Crisis, the Crops Are Rotting in the Fields. This seems to trigger an atavistic Oh No, We’re All Gonna Starve! emotion in reporters.

Yet here is a classic version of that article, but not even concerning food. Instead, the crisis is that rich people in Vail aren’t getting their landscape water features updated as soon or as cheaply as they’d like.

From the Colorado Springs Gazette:

A visa shortage means worker woes in Colorado’s mountains
By: By DAVID O. WILLIAMS Special to The Gazette Jun 21, 2019

VAIL • For nearly 20 years, Glen Ellison, a landscape contractor in Eagle, sponsored 35 workers, many from one city in Mexico, to create some of the most spectacular lawns surrounding the high-end homes of the Vail Valley.

Ellison started in 1981 with a wheelbarrow, pick, rake, shovel and a Toyota pickup truck. Over the years, he visited many of his workers in their homes in Aguascalientes, a city in central Mexico, meeting children, spouses and parents.

He relied on the federal H-2B visa program for temporary, nonagricultural labor to bring many of his landscapers to the United States. About 70% of H-2B workers are from Mexico.

Ellison said he had come to see his hardworking men more as family than employees. And he called them vital contributors to the local economy.

His businesses — Ceres Landcare and Ceres+ Landscape Architecture — survived the worst of the Great Recession, ready to ride the economic recovery wave. Then, in spring 2018, as the snow was melting and trophy- home owners from Beaver Creek to Cordillera were calling for elaborate gardens, terraced patios and intricate water features, Ellison learned that none of his H-2B visa workers would be allowed to return. He had not demonstrated a great enough need.

And this year, a new lottery system again torpedoed his longstanding H-2B workforce.

Employers such as Ellison are caught in the squeeze between a growing shortage of seasonal labor and the incendiary national debate over immigration.

In years past, many workers who previously had been admitted to the U.S. under the H-2B program were excluded from the annual quota of 66,000 visas. But Congress ended that policy in 2017 amid a debate over whether immigrant labor was undermining American workers.

And faced with rising demand for the temporary visas, a lottery system for H-2B documents was imposed, upending a system that many businesses relied on to fill jobs at restaurants, hotels and landscaping companies.

A resilient businessman, Ellison didn’t despair. He told his workers he would do everything he could to restore their visas so they could come back to Colorado.

But after visiting Washington, D.C., to meet with Colorado’s congressional delegation and seasonal employment advocacy organizations this year, Ellison said, he might never see some of his workers again in the Vail Valley.

He’s in desperation mode now, trying recruiting tactics like setting up a table with brochures and a banner in a Tucson suburb, looking for green card holders who might want to switch jobs.

He met with little success. Workers are scarce there, too.

And forget about finding naturalized American citizens to do the backbreaking outdoor work required in landscaping, Ellison said. Maybe that was true in the 1980s, when he first moved to the Vail Valley. But now, few ski bums and college-aged young people are willing to toil in all conditions under the Colorado sun, he said.

“For the most part, we, as Americans, have grown soft. We don’t like to go out there and work like that,” he said. “The idea behind work today is using enhancers and get to the fitness center. But the idea of putting callouses on your fingers and doing a hard day’s worth of work, not just today but tomorrow and next week and next month, man, that’s something from the past.

“But the people down in Mexico, they’d love it, and it works for them.”