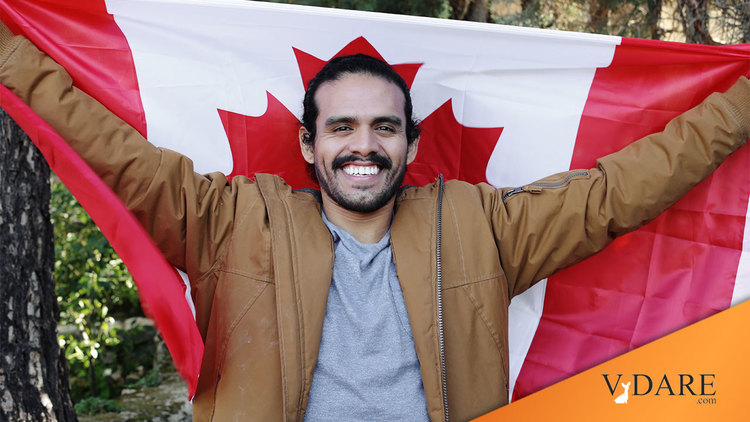 Priyanka Sangani [Tweet her] of the Economic Times of India,  has a story saying that Indian students these days are heading to Canada to steal Canadian jobs because Trump’s H-1B caps still seem to be in place.

More Indian students opting for Canada over US due to pro-immigration policies, March 6, 2022

The number of Indian students opting for Master’s and Engineering programs in the US dropped by nearly 40% between 2016 and 2019, while the overall number of Indian students in Canadian colleges and universities increased by 182% over the same period, according to new research by the National Foundation for American Policy. The number of students in Canada is across all colleges and universities.

This is attributed largely to how it has become easier for international students to gain temporary visas, and then permanent residence in Canada at a time when then US President Donald Trump was pursuing an anti-immigration policy. Indian graduate students are a significant source of talent for U.S. technology companies and a key source of entrepreneurs, physicians and researchers in America. However, the difficulties in gaining H-1B status (over 70% of H-1B registrations were rejected for FY 2022 due to the low annual ceiling) and ultimately permanent residence in the United States, along with policies implemented against high-skilled immigration during the Trump administration, lessened the attractiveness of a U.S. education, particularly when compared to Canada, said the study.

“Canada has made it much easier than the United States for international students to work and become permanent residents,” said NFAP Executive Director Stuart Anderson. “America will continue to lose talented individuals to other countries until we improve US immigration laws.”

The National Foundation for American Policy is a major Treason Lobby pro-immigration think tank funded by employers of Cheap Labor. Its head, Stuart Anderson, is a man we at VDARE.com are very familiar with.  See Stuart Anderson Uses “Competition With China” As Latest Excuse For Higher Levels Of Immigration by Pedro de Alvarado in May 2021. The earliest reference we have to him on the site is him calling VDARE.com Editor Peter Brimelow’s book Alien Nation racist in the Washington Times in 1995 [Embers Under The Melting Pot, May 13, 1995].  In 2002, Anderson, a libertarian Republican, was actually "Executive Associate Commissioner, Office of Policy and Planning" in the Bush Administration INS.

In particular, he dismissed [Borjas’s] argument that U.S. immigration policy would be better served by moving to a Canadian-style point system by noting the bureaucratic problems that such a system would introduce, and concluding "As if bureaucrats are well suited to handle any labor market decisions."

In any case, the objection to unskilled immigration is that the immigrants are a net economic loss to America, and may form a permanent underclass.

The objection to skilled immigration is that even if immigrants are a net economic gain to America (paying more in taxes than they consume in services) they displace a better class of American, and may form a permanent overclass.