2020 will be a defining year for America—and the need for a robust, independent press has never been greater. It also happens to be the 20th anniversary of VDARE.com. We’re asking our readers to help us raise $200,000 (all donations are tax deductible!) between now and January 1, 2020 .

VDARE.com is the voice of the Historic American Nation, and the sole focus of our non-profit it to inform the fight to keep America American. We have never put up a paywall, and we do not carry ads (because advertisers have been scared off by CultMarx vigilantes like the SPLC). We do not have corporate sponsorships, foundation grants, or governmental support. We only have you.

Last year you helped us raise over $100,000 in our year-end appeal. Here’s some of the journalism that support funded and the impact it has across the country:

VDARE.com’s pseudonymous whistleblower “Federale” published a blog examining the Justice Department’s move to decertify the union of immigration judges (NAIJ) and identifying two such judges as radical Amnesty advocates. In the same way that democracy means “rule by the people,” the word “kritarchy” means “rule by judges,” and Federale accurately described the union president, Judge Ashley Tabaddor, as a kritarch for her role in undermining the executive branch through abuse of her position.

Federale’s article was included in a news round-up that landed in Tabaddor’s inbox. She was triggered. Incredibly, Tabaddor claimed that the word “kritarch” was “deeply offensive and Anti-Semitic.” She demanded that the email be withdrawn, and apology issued, and that “EOIR should take all appropriate safety and security measures for all judges…”

The story was picked up by Buzzfeed and we immediately refuted her crazy accusations. Our refutation was backed by a few other rational commentators such as David Frum and Ann Coulter and over the course of the next two days, more than 15,000 people tweeted about it.

VDARE.com has been advocating a full immigration moratorium since our first day online, and our editor Peter Brimelow took it up as an issue as long ago as 1995 in his book, Alien Nation: Common Sense About America’s Immigration Disaster. We finally have some good news on the issue: Not only has the term started gaining traction recently thanks to intrepid patriots like John Derbyshire, Michelle Malkin and Faith Goldy’s increased use of it, but Tucker Carlson even hosted Peter D’Abrosca, running for congress in on the issue of a 10 year immigration moratorium, on his FOX News show!

As normal Americans come together in understand the negative impacts of mass immigration—legal or illegal, low skilled or high—and begin to seriously consider what it means to honor our heritage and preserve our future, it is natural to seek a unifying label to strengthen our presence. VDARE.com’s John Derbyshire came up with the name “Dissident Right” back in 2012, and it, too, has gained steady acceptance.

Name or no name, there are very few places on the internet where one can read an honest, fair, and patriotic account of activities among those of us loosely grouped under that umbrella. In the coming year, such reporting and analysis will prove ever more important as the Groyper War plays, out, the election picks up steam and Conservatism, Inc is forced to take us seriously. Speaking of which… 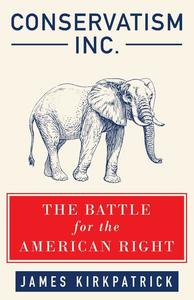 VDARE.com’s coverage of the GOP Establishment, focusing on  its blunders like Invade The World-Invite The World, tax cuts for the rich, and strings of defeats on social issues, has been a mainstay since our early years. The earliest mention of “Conservatism, Inc” is from 2009. This year, VDARE.com’s James Kirkpatrick released his first book with the same name, and Conservatism Inc itself is being openly denounced by name by the base. 2020 will be a crucial time for patriots to wise up and see the reality of the grifter Political Class for what it is—and VDARE.com will be right there with all the information you need.

Next year America will face a momentous choice. The future of the White House, the Supreme Court, the border wall, and many other issues up in the air, at the same time that censorship, deplatforming, financial blacklisting and doxing all threaten the brave few who continue to fight for the future of America.

That’s why robust, clear-eyed and indefatigable reporting and analysis is critical: now through January we hope to fund our journalism in 2020.

With your help, we’ll continue to fight for the American values we hold dear, as the  Founding Fathers intended, for ourselves and our progeny.

Please consider making a contribution. And as always, thanks for reading.