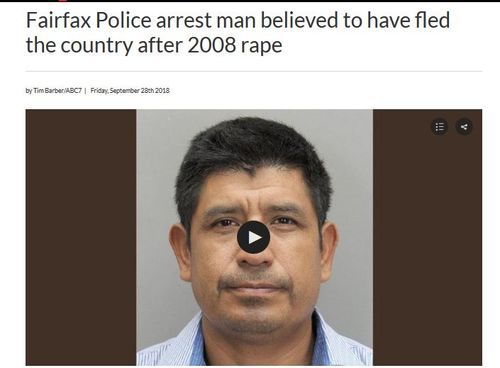 When Donald Trump, referring to the challenge of illegal immigration in his announcement of his run for president, said

Everyone acted as if he was making this up, saying in, effect "If that were true, surely we'd have heard of it!"

No, you wouldn't. In the story about Tomas Raymundo DeLeon below, a man who raped a (probably white) Virginia woman at knifepoint after breaking into her house, I had to play the whole video at the  link to see that the country he fled to, and presumably immigrated from in the first place, was Guatemala. See Fairfax Police arrest man believed to have fled the country after 2008 rape, by Tim Barber, ABC7, September 28, 2018.

At no time in the story or video is DeLeon referred to as an immigrant.