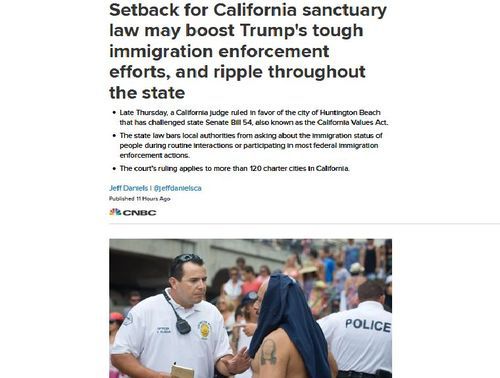 California remains, however tenuously, a part of these United States. A court ruled late last week that a state law which prevented local officials from asking about suspects' immigration status violated cities' rights to local country. As a result, the Trump Administration has been given a green light for tougher immigration enforcement.

The spin in the headline is misleading. This wasn't a defeat for localism so much as it was a victory for localities that want to enforce immigration laws and were prevented from doing so by the state government. We at VDARE.com have urged the Trump Administration to take action against certain state officials and work with conservatives to, in effect, reconquer the state. Now, there's another path to doing this.