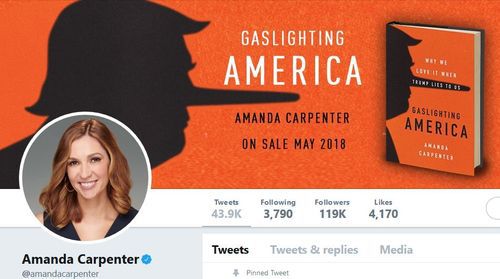 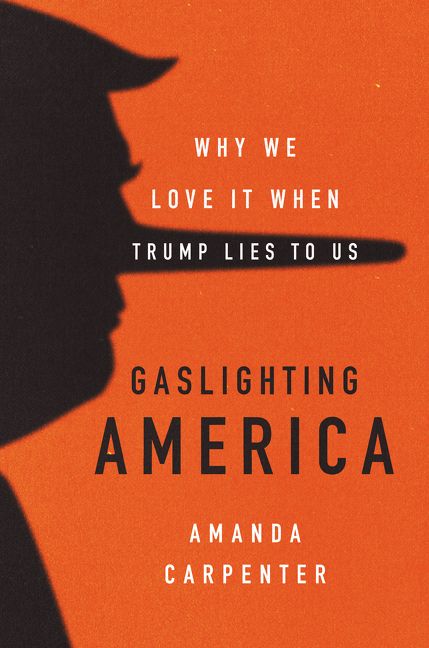 Further in series of posts on Anti-Trumpers denying the basic truth of Trump's announcement line "And they're rapists", referring to Mexican illegals.

Amanda Carpenter's Gaslighting America: Why We Love It When Trump Lies to Us is described by its publisher this way:

"Can you believe what Donald Trump said?"

In Gaslighting America, Carpenter breaks down Trump’s formula, showing why it’s practically foolproof, playing his victims, the media, the Democrats, and the Republican fence-sitters perfectly. She traces how this tactic started with Nixon, gained traction with Bill Clinton, and exploded under Trump. If you think Trump is driving you crazy, it’s because he is. Now, in this urgent book, she explains how to withstand the fire.

Carpenter [Tweet her] says that Trump's speech announcing his candidacy for presidency was a siren call to "hard-core alt-rightists", writing:

In fact, Trump’s longtime flirtation with white nationalists is one of the biggest cons he’s pulled since he became a political candidate. For years, he advanced messages that were happily received and endorsed among that crowd, while coyly denying any association with them."

There follows a lot of completely bogus stuff about Trump's "failure to disavow" David Duke. But nothing (in a book about "lies") about whether Mexican illegals are "bringing drugs", whether they’re "bringing crime" or whether they’re rapists. Fail!