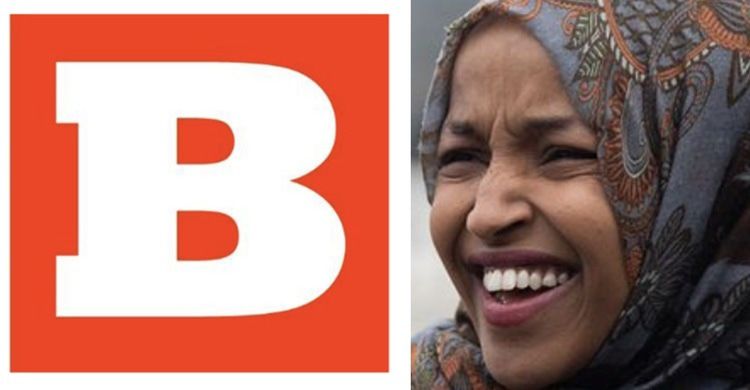 If Ilhan Omar is American, no one is American. In an editorial in The New York Times, the paper that hired the almost comically anti-white Sarah Jeong, Omar does the usual bit of calling President Trump a racist. She also vents her dislike of her country (well, the country she's moved to).

"But the most telling passage in Omar’s op-ed is when she describes her feelings about America — the country that sent its soldiers to die in defense of her native country, Somalia, and the country where her family found refuge. She describes the discrepancy between 'the America we expected to find and the one we actually experienced,' adding:

The America we arrived in was different from the one my grandfather [i.e., the guy who maintained the fascist lighthouse] had hoped to find. The land of opportunity he imagined in 1992 was in fact full of challenges. People identified me in ways that were foreign to me: immigrant, black. I learned that these identities carried stigmas, and I experienced prejudice as a visibly Muslim woman.

How is it offensive to be "identified" as an immigrant or a Muslim when you are, well, an immigrant Muslim? And being identified as black? That carries so many official privileges that deluded white women are doing everything they can to be considered black.

In its current headline, Breitbart complains, "NYT Still Posting Anti-Semitic Authors!" Yet it's more than that. Earlier, Pollak also complains about Omar making "antisemitic and racist statements," including a recently unearthed interview where she complains Americans ought to be "more fearful of white men." [In resurfaced interview, Ilhan Omar answers question on 'jihadist terrorism' by saying Americans should be 'more fearful of white men,' by Nick Givas, Fox News, July 24, 2019]

She's clearly not familiar with the FBI crime statistics.

Words matter, as we were endlessly reminded during the Obama years. It's striking how rare it is for someone to simply describe someone as "anti-American." And while accusations of "anti-Semitism" are common, the very terms "anti-white" or "Christophobia" are practically unheard of.