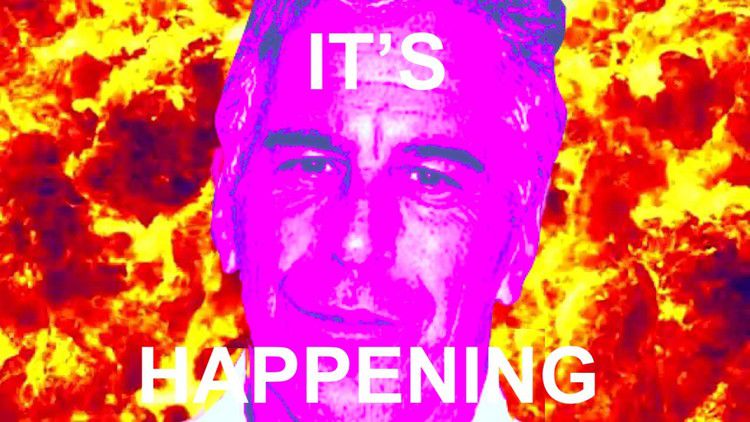 This just in from NBC New York:

Accused pedophile and wealthy Manhattan financier Jeffrey Epstein was found injured and in a fetal position inside his cell at a New York City jail, according to sources close to the investigation.

Epstein, who is being held in Metropolitan Correctional Center during his trial for conspiracy and sex trafficking, was found semi-conscious with marks on his neck, sources told News 4. Investigators are trying to piece together what happened.

Two sources tell News 4 that Epstein may have tried to hang himself, while a third source cautioned that the injuries were not serious and questioned if Epstein might be using it as a way to get a transfer.

A fourth source said an assault has not been ruled out, and that another inmate was questioned. The inmate who investigators have talked to in Lower Manhattan facility has been identified as Nicholas Tartaglione, according to a source. Tartaglione is a former Orange County police officer who was arrested in December 2016 and accused of killing four men in an alleged cocaine distribution conspiracy, then burying their bodies in his yard in Otisville, according to court records.

Tartaglione (who seems to be—allegedly—from an older type of immigrant criminal) and his lawyer deny it, and it's possible Epstein did try to hang himself.

Remember that Epstein is very much a flight risk, since he had a fake passport and piles of cash when arrested. Also remember that Ann Coulter has shown that Epstein should (not allegedly, he pled guilty) have been in jail already.

That is, if he had received a normal sentence for his 2006 child sex case, he wouldn't have been awaiting trial in Manhattan, he would still be in a Florida prison.

See Ann Coulter On Epstein: Get Acosta! But Get The Right Guy, Too, and just for the record ,Media Magic—How Democrat Pedophile Jeffrey Epstein Became A 'Trump Scandal'