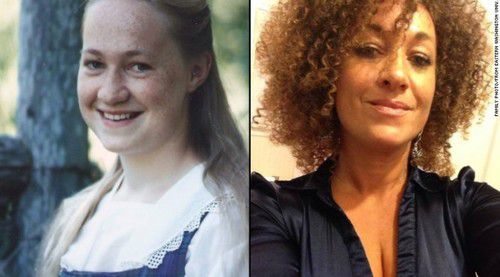 Sure, Laugh At Rachel Dolezal—But Laugh Also At The Claim There’s No “Black Privilege” In Obama’s America 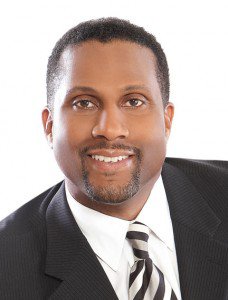 Black media celebrity Tavis Smiley (right) had a typical reaction to Rachel Dolezal’s bizarre racial hoax: “I laughed. Out loud.” [LOL — Who’d Sign Up To Be Black? Time, June 13, 2015]. So did I—I couldn’t wait to watch the Left reconcile Dolezal’s controversial “transracial” transformation with its celebration of “Caitlyn Jenner.” (Update: it can’t). But note that Smiley assumes with a straight face, and insists we accept, that in Obama’s America there’s no such thing as “Black Privilege.” Dolezal’s decade-long dalliance proves that he’s wrong.

Of course the details are farcical: Dolezal filing complaints about fake hate crimes, giving lectures on the “brown paper bag test,” and telling Hispanic students they couldn’t participate in school exercises because they didn’t appear Hispanic enough [Rachel Dolezal gave lectures on ‘nappiness’ and ‘the brown paper bag test,’ once told student she didn’t look ‘Hispanic enough’, the Grio, June 13, 2015]. And also her do-gooding family: her parents went out of their way to adopt black children and moved to South Africa to promote creationism [Black like me? By Jeff Selle and Maureen Dolan, CDA Press, June 11, 2015].

Yet the Time-touted Smiley did not find any of this funny. Instead, he laughed because, as he put it, blacks face a “life of social disenfranchisement, political marginalization, economic exploitation and cultural larceny" along with "always feeling unsafe, unprotected, subject to random violence and being hated for who you are."

White households have far more wealth than black and Hispanic households, as economic class privilege has been generated, passed down, and protected through slavery, Jim Crow, and continued discrimination in housing, banking, and the labor market. Whites are presumed innocent and nonthreatening, and are allowed to assemble freely and move through all sorts of public spaces without being labeled deviants or “thugs.” [Rachel Dolezal a lesson in how racism works, Boston Globe, June 13, 2015]

Unlike Smiley, however, Jeffries acknowledges that Dolezal “profited both personally and professionally from passing as black.”

So it is possible to profit from being black!

But Jeffries still judged her sternly as someone unable “to address her own white privilege.”

Reality check: Dolezal did not suffer from adopting her black identity. Instead, she suddenly benefited—from “Black Privilege.”

And when we look at their careers, we find Tavis Smiley and Michael Jeffries did too.

Smiley launched his career as an aide to black Los Angeles mayor Tom Bradley. Smiley was not from California and according to his autobiography, was on academic probation when he began working at his job. His only credential was leading protests over the allegedly racist shooting of a black basketball player at the University of Indiana [Police Killing of Student Stuns Indiana Residents, by Jane Gross, New York Times, September 25, 1983].

After working for Bradley, Smiley began a career in broadcasting, first giving the black point of view on a local radio show, then becoming a commentator on the Tom Joyner show, and eventually moving on to Black Entertainment Television.

Today, Smiley is a multimillionaire who gets to have presidential candidates from both parties kowtow to him every four years for his “All-American Presidential Forums.” 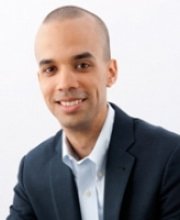 Similarly, Jeffries (right) manages to have an academic career that many people can dream of, based solely on the fact that he is a (very light skinned) black man. He got his PhD in African American studies at Harvard, which he converted into a tenured professorship at Wellesley. Some of the best academic presses in the country have published his books: Paint the White House Black: Barack Obama and the Meaning of Race in America and Thug Life: Race, Gender, and the Meaning of Hip-Hop. The Atlantic regularly publishes his op-eds, all of which are about race and racism.

Now let’s compare Dolezal’s career trajectories in black and white. As Jeffries noted in his Boston Globe article, in addition to being director of the local NAACP and serving in the Office of the Police Ombudsman, Dolezal worked as a certified “diversity trainer,” taught African studies at Eastern Washington University, and worked as the education director at the Human Rights Education Institute in Coeur d’Alene.

Of course, this is nowhere near the success Smiley or Jeffries have achieved. However, it’s better than she was doing as a white woman.

Back then, she received an MFA from (historically black) Howard University. After graduation she applied for and was denied a number of teaching positions with the university.

She sued Howard alleging anti-white discrimination. The suit claimed Howard “permeated with discriminatory intimidation, ridicule, and insult," the University's decision to take down her exhibit was "motivated by a discriminatory purpose to favor African-American students” and she did not receive a teaching assistantship and other employment positions due to anti-white racial discrimination. The DC Court did not take her seriously, dismissed the charges, and made her pay Howard’s legal costs and $1,000 sanction [NAACP Imposter Sued Over Race Claims, The Smoking Gun, June 15, 2015]. 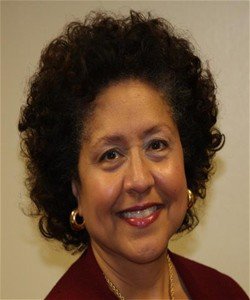 Hmmm. The trial judge was Judqe Zoe Bush, pictured right, who hails from Little Rock, Arkansas, was appointed by Bill Clinton, and is a member of the National Association of Black Women Attorneys.

I don’t know if Dolezal’s allegations of discrimination at Howard were true. On the one hand, anti-white discrimination is pervasive in academia, and I’m sure it’s much worse at “historically black institutions.” On the other hand, Dolezal is clearly crazy and dishonest.

Yet when she “became” black, she remained crazy and dishonest—but her allegations were suddenly taken much more seriously.

Later, as Dolezal mysteriously became victim of “hate crime” after “hate crime,” the police and Main Stream Media treated her as a heroine. Here are a few headlines:

So the white Dolezal’s claims of discrimination were laughed at. But “black” civil rights leader Dolezal’s even more outlandish claims garnered her accolades, tributes, and fame. 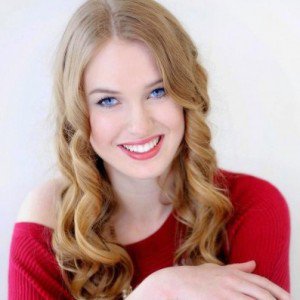 Take one Shawntelle Moncy’s adoring profile of her (and her “caramel skin complexion”) in the college paper at Eastern Washington University. Ms. Moncy (pictured right) who is very white even compared to the young Dolezal, writes:

[W]hite supremacy groups burglarized every home she and her son lived in. Doležal [Moncy is using the Czech alphabet version of Dolezal’s name for some reason] said she believes the white supremacy groups felt threatened by female power. According to Doležal, they hung nooses in her home, vandalized and stole from her property, directed death threats toward her along with threatening to kidnap Franklin while he was in the second grade. She reported all of these acts to the police and each was admitted into police records as hate crimes, yet the culprits were never caught. Doležal moved from home to home and everywhere she moved, they followed. [A Life to be Heard, The Easterner, February 5, 2015]

Of course, Dolezal was not subject being hated for who she was, or for that matter, who she pretended to be. But she certainly profited from the ruse.

Now the world knows that Rachel Dolezal is really white. So if the Main Stream Media, Smiley, Jeffries et al. are correct, her white privilege should kick back in any second now. The police should be adoring her and social and economic barriers should come tumbling down.

James Baldwin famously said “As long as you think you’re white, there’s no hope for you.” At the time, he did not have people like Dolezal in mind.

However, given the existence of systematic black privilege in Obama’s America, Baldwin’s words sound prophetic—maybe even a bit like career advice.

In today’s America, Dolezal’s actions were not shocking. What’s shocking is that there are not many more cases like her.