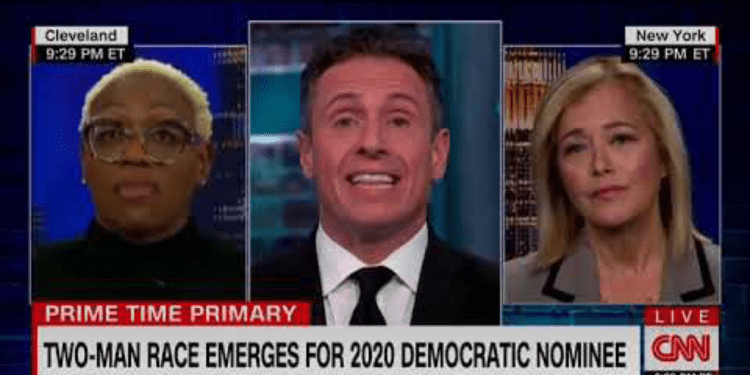 Black Woman, White Woman, Argue Over Who Has The Right To Quote MLK; Weak And Stupid Fredo Paralyzed

This is hilarious ... unintentionally, of course.

Here we have two leftist women—black Bernie Sanders mouthpiece Nina Turner and white Joe Biden mouthpiece Hillary Rosen, in the #MeToo era, arguing over who has the standing to criticize whom, using a plagiarized "letter" from MLK, who reportedly  laughed, encouraged, and offered advice to a fellow "minister" as he, the minister, raped a woman [The troubling legacy of Martin Luther King | Newly-revealed FBI documents portray the great civil rights leader as a sexual libertine who ‘laughed’ as a forcible rape took place, by David J. Garrow, StandPointMag, May 30, 2019]

That means Martin Luther King was an accomplice to rape. And FBI documents suggest he tried to rape a woman himself.

And these two are fighting over who has the right to quote him.

Chris "Fredo" Cuomo is in the middle, wondering what do, then regains control and admits that Trump might crush both their candidates.